Please join in praying for the repose of the soul of Sister Barbara Anne Brennan, R.S.M., a Sister of Mercy of the Americas, who died at the age of 83, following a short illness.

Sister Barbara was born in Portland to John Joseph Brennan and Catherine Josephine Mulkern, the youngest of eight children.

In addition to her years in education, Sister Barbara’s work also took her to the Bahamas where she was a pioneer in developing the mission in the South Andros area before they had water and electricity. She also spent some time as a unit coordinator at Mercy Hospital in Portland; a resident service coordinator at Deering Pavilion in Portland, and an assistant librarian at St. Joseph’s College, and she spent a summer ministering in Appalachia.

Sister Barbara served on the boards of Mercy Hospital and Catherine McAuley High School and on the Sisters of Mercy Sponsorship Council.

Sister Barbara cared deeply for people and gave of herself to those in need whom she encountered – always willing to go the extra mile. She was also known for her love and devotion to her family and enjoyed entertaining guests.

To view the livestream of the Prayer Service and Mass, please visit https://www.facebook.com/ConroyTullyWalker

In lieu of flowers, donations may be sent to: Sisters of Mercy, 966 Riverside Street, Portland, ME 04103

Please pray for the repose of the soul of Sister Maria Francesca (Marguerite) Cloutier who died on August 6, 2022, at the age of 81. Sister Francesca was born in 1939 to Laurent and Francoise (Bisson) Cloutier.

At the age of 17, she entered the Dominican Sisters of the Roman Congregation as a pre-postulant in Brookline, Mass., and became a postulant in February 1957. Shortly after, she left for Mortefontaine, France for her novitiate training and on April 25, 1959, Sr. Francesca made her temporary vows in 1959 and professed her final vows in 1962 in Lewiston.

Sister Francesca spent much of her life in teaching, including in Lewiston, Sabattus, Brookline, Mass., Rome, Italy, and Staten Island, N.Y., where she taught from 1969 to 1990.  She was an extraordinary first-grade teacher and,  before it became more commonplace, developed individualized lesson plans for her students,  Sister Francesca loved children and was known for the way she connected with them, saying "I enjoyed teaching because I think it was a part of me."

In 1990, Sister Francesca pursued a second career, becoming a grief and bereavement counselor at University Hospital on Staten Island, as well as the director of pastoral care there. In 2003, she retired due to illness and moved back to Lewiston.

In memory of Sr. Francesca, donations may be made to Loaves and Fishes, 61 Lisbon Rd. in Sabattus, ME 04280.

Please pray for the response of the soul of Sr. Janice Perreault, a member of the Sisters of the Presentation of Mary, who died on Monday, August 8, after a brief illness.  Sister was 80 years old and would have celebrated her 58th year of profession on August 15.

Sister Janice was born in Holyoke, Mass., in 1942 to Paul and Lena (Chapdelaine) Perreault. She professed vows as a Sister of the Presentation of Mary in 1964.

Sister earned a bachelor's degree from Rivier College in Nashua, NH, and a master's degree in theology from Providence College in Rhode Island.

She taught at St. Andre School in Biddeford, as well as at schools in Massachusetts. She also served at the Marie Joseph Spiritual Center in Biddeford and at St. Patrick Parish in Lawrence, Mass., and held many leadership roles in her community, including assistant provincial, a position she held until July 2022.

In lieu of flowers, donations may be made to the Sisters of the Presentation of Mary, 209 Lawrence Street, Methuen, MA 01844 with a memo for the Sisters Retirement Fund.

Please pray for the repose of the soul of Father Stephen Concannon, a priest of the Diocese of Portland, who died on Wednesday, June 29, 2022, at the age of 83.

Born in Portland in 1939, he graduated from Boston College before beginning clerical studies at St. Mary's Seminary in Baltimore.

He was ordained to the priesthood by Bishop Daniel J. Feeney on May 16, 1964.

Father Concannon also served on the Diocesan Tribunal and as secretary to the bishop and vice-chancellor. He was also named the chairman of the Diocese of Portland's 125th anniversary committee.

May his soul and the souls of all the faithful departed rest in peace.

Please pray for the soul of Father Harold Dickson Moreshead who passed away on Monday, June 6, 2022, at the age of 92.

Father Moreshead was born in Meriden, Connecticut, in August 20, 1929, but grew up in the city of Portland. After attending St. Paul's Seminary in Ottawa, Ontario, he was ordained by Bishop Daniel J. Feeney, the seventh bishop of Portland, on June 4, 1955.

Father Moreshead's pastoral assignments included serving as a parochial vicar at St. John the Evangelist Parish in South Portland, Immaculate Heart of Mary Parish in Fairfield, St. Joseph Parish in Portland, and the Cathedral of the Immaculate Conception in Portland, where he spent eight years. He was then named temporary administrator of St. Matthew Parish in Limerick, after which he served as pastor of St. Christopher Parish on Peaks Island, St. Teresa Parish in Brewer, St. Joseph Parish in Bridgton, St. Catherine of Sienna Parish in Norway, St. Edmund Parish in Westbrook, and then at Our Lady of Ransom Parish in Mechanic Falls, from which he retired from active priestly ministry in 1999.

At the time of his retirement, Bishop Joseph Gerry, OSB, wrote, "You have always been the priest and the shepherd. Your piety and devotion to the Lord have served as a witness to me and to your brother priests and your parishioners."

In addition to his parish assignments, Father Moreshead served on the Diocesan Continuing Education for Clergy and as chaplain of Marian Council 11493 of the Knights of Columbus in Mechanic Falls.

Please pray for the repose of the soul of Sr. Eileen Ward, a member of the Good Shepherd Sisters of Quebec, who died May 9, 2022, at the age of 87. Sister Eileen was born in 1934 to Martin Ward and Margaret Higgins Ward of Long Island, New York.

She entred the Congregation of the Servants of the Immaculate Heart of Mary, also known as the Good Shepherd Sisters of Quebec, at Bay View in Saco in 1956, professing her perpetual vows in August 1963.

Known as Sister Martin Marie at the time, she taught at St. Joseph School and St. Lois High School in Biddeford and then in the Van Buren School District, but her real love was social work. After earning her MSW, she worked at St. André Home, Inc. for 39 years, overseeing the home in Bangor, where she lived until her retirement. She was a competent administrator, a sympathetic listener and a teacher for the women she serve.  Sr. Eileen spent her final years at St. Joseph Convent in Biddeford where she brought much joy to the sisters with whom she lived.

Please remember in your prayers her family, her religious family and the many friends she leaves behind May her soul and the soul of all the faithful departed rest in peace.

Your prayers are requested for the repose of the soul of Sr. Rina Brunetti, also known as Sr. Frances Cabrini, who died at St. Joseph Convent in Biddeford on April 30, 2022, at the youthful age of 95.

The daughter of Eugene and Eliza Brunetti, she was born into a family of 10 in Blackstone, Mass., on December 2, 1926.

She professed vows as a Sister of the Presentation of Mary on February 2, 1950. She earned a bachelor's degree from Rivier College in Nashua, N.H., and a master's degree in religious studies from Providence College in Rhode Island.

Sister Rina taught at Notre Dame School in Saco when first professed. but most of her ministry was as a hospital chaplain and pastoral minister in Massachusetts, something at which she excelled. She served in parishes and hospitals in Chicopee, Gardner, Winchendon, Lowell, and Methuen, Mass.

Please remember in your prayers, those that mourn Sr. Rina’s death, her religious sisters, the community at St. Joseph Convent where she spent her last years, and her beloved family.

May her soul and the soul of all the faithful departed rest in peace. 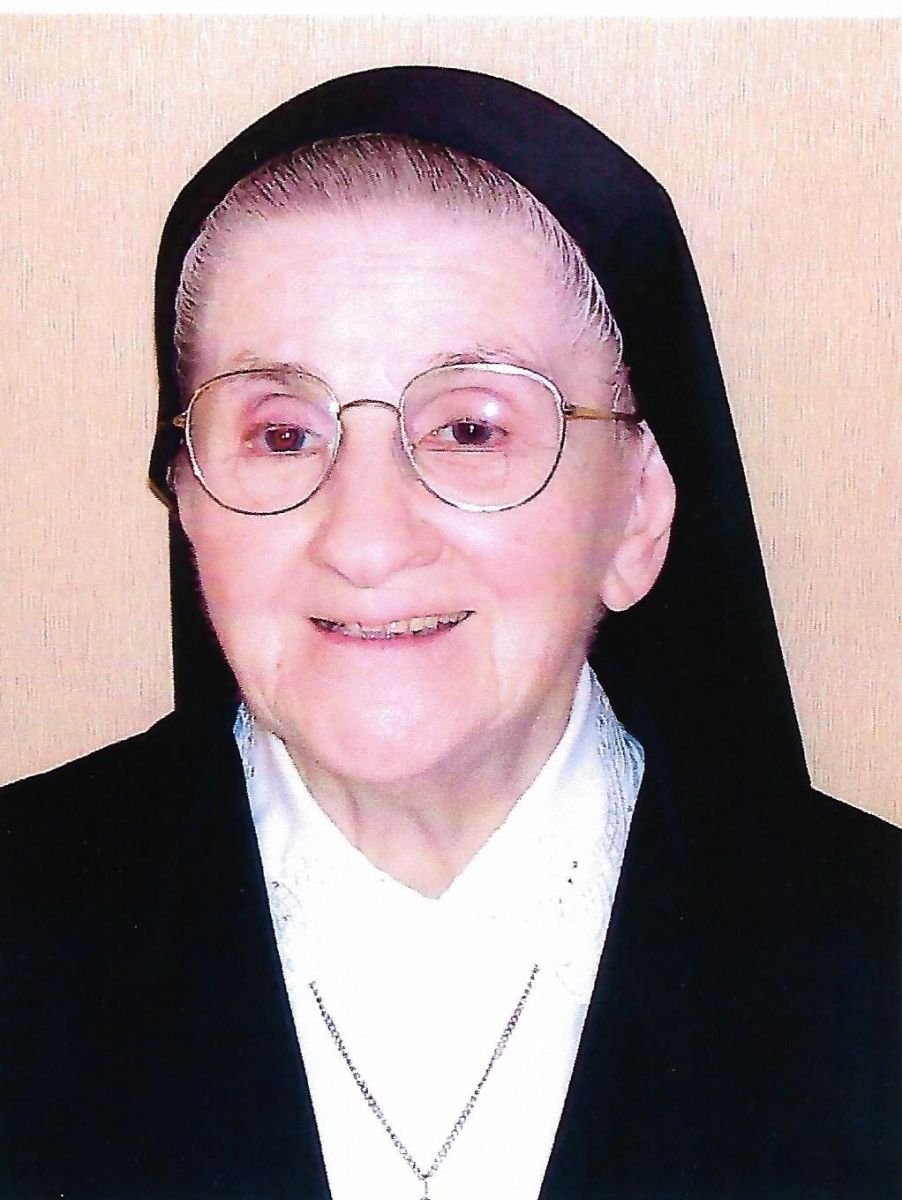 Please join in praying for the soul of Sister Theresa Labrecque, SCIM, formerly known as Sister St. Robert of Milan, who died at St. Joseph Convent on April 11, at the age of 98.

She was born to Eugene Labrecque and Ludivine Roy Labrecque on October 6, 1923, in Lawrence, MA, the second child in a family of eleven children.  She received her education at St. Anne School and St. Anne High School in Lawrence, MA.

On August 25, 1942, she entered the Congregation of the Servants of the Immaculate Heart of Mary, also known as the Good Shepherd Sisters of Quebec, in Biddeford.  After her initial training, she spent one year at the motherhouse in Quebec, where she studied and readied herself for teaching.  She taught in the Van Buren schools from 1945 until 1954 when she began her missionary service in Lesotho, Africa. where she functioned as an educator until 1994.

Upon her return from southern Africa, Sister Theresa began her ministry as assistant director of Bay View Villa in Saco, welcoming visiting and vacationing guests. In 2008, upon the closure of Bay View Convent, she moved to St. Joseph Convent in Biddeford.

Sister Theresa is survived by two brothers. She also leaves two sisters who are members of different religious communities: Sister Lillian, an Oblate of Bethany in Quebec, and Sister Pauline, an auxiliary of the Blessed Sacrament in Wisconsin. She is predeceased by four brothers: Roger, a Marist priest who died in 1987, Robert, a Marist priest who died in 1992, Raymond, and Richard; and by two sisters: Sister Jeannette, SCIM. who died in 2000, and Sister Cecile, SCIM, who died in 2013. 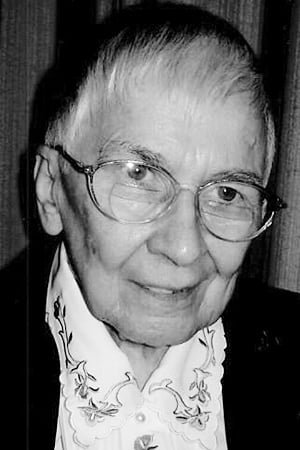 Please pray for the repose of the soul of Sister Mary Anastasia Skwara, RSM, who died on April 4, 22, at the age of 93.

Sister Anastasia was born in Niagara Falls, NY in 1928 to Anthony and Agnes (Filaroska) Skwara. She attended Farmington High School, before entering the Sisters of Mercy from St. Joseph Parish in Farmington. She began her religious formation at Our Lady of Mercy College, now Saint Joseph's College of Maine in Standish, and spent several years teaching before being assigned to Mercy Hospital in Portland to assist in EKG and the pharmacy. She continued her education at the Massachusetts College of Pharmacy in Boston, Mass., graduating first in her class. She went on to serve sa a pharmacist at Mercy hospital for nearly 40 years. She then served as coordinator of resident services at Deering Pavilion for more than 20 years before retiring from active ministry.

Sister Anastasia also worked to help those battling the disease of alcoholism. She served on the Maine Council on Alcohol and Drug Prevention Treatment, and received a degree with an emphasis on addition from Rutgers University School in New Jersey.

mily, Peter began his lifetime of service with his membership in the Waterville Lion's Club, which continued for 50 years and included the District's Lions President Award in 1964 as well as numerous awards for dedicated service, and as a 4th Degree Knight in the Knights of Columbus which continued for 58 years.
Peter was an active member and past-president of the Greater Waterville Interfaith Council for 20 years. He served as coordinator of Interfaith Clergy which became the Interfaith Council. He was one of the four founding fathers of the Interfaith Homeless Shelter in Waterville, now known as the Mid-Maine Homeless Shelter. - See more at: http://obituaries.centralmaine.com/obituaries/mainetoday-centralmaine/ob... previous obituaries:2018