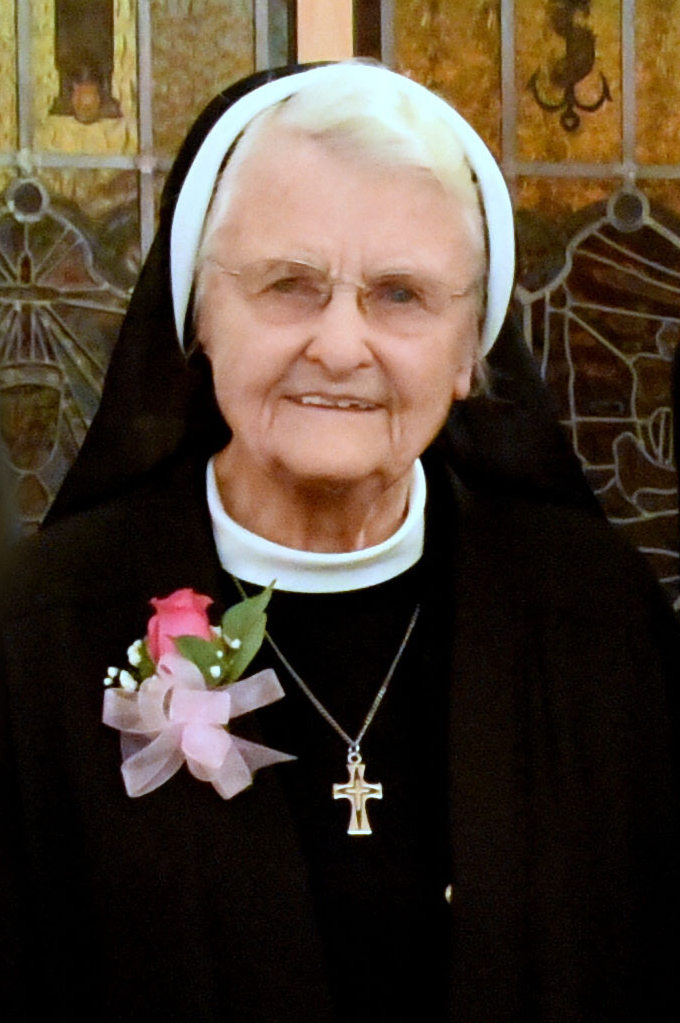 Please join in praying for the repose of the soul of Sister Mary Bernadette Hayden, RSM, a member of the Sisters of Mercy of the Americas, who died on January 27, 2022, at the age of 92.

Sister Bernadette, formerly called Sister Mary Berchmans Rose, was born in South Brewer to Harry Milton and Rose Elizabeth Hayden. She attended St. Teresa School in Brewer and Brewer High School before entering the Sisters of Mercy in 1949, making her first profession in 1951.

Sister Bernadette earned a degree in business education from St. Joseph’s College of Maine in Standish and went on to teach at Catholic schools across the Diocese of Portland including St. Patrick and St. Joseph in Portland, St. Mary and St. John in Bangor, St. Mary in Houlton, St. Mary in Westbrook, St. Teresa in Brewer, Immaculate Conception in Calais, and Catherine McAuley High School in Portland.

From 1974 until 1997, Sister Bernadette held the position of executive secretary to the president of St. Joseph’s College and served as a staff person on the college’s Board of Overseers. After her retirement from active ministry, she volunteered as an extraordinary minister of holy Communion at Maine Medical Center, visited the elderly and sick, and did some tutoring. She was described as one of the kindest people you could encounter.