Women Religious
Communities in our Diocese
Prayers for Vocations

Women religious consecrate their lives to the Lord Jesus. They are invited to share a special relationship with him, dedicating their lives to prayer, to the service of others, and to building up his Church and his early kingdom. Women religious most often belong to religious orders, whose members share a common charism or mission and way of life. There are contemplative communities, dedicated to prayer, and active ones, dedicated to serving in communities and parishes. You will find religious sisters at work in many different ministries. They teach our children, care for the sick, aid the poor, advocate for justice, welcome immigrants, fight for the unborn, pray on our behalf, and so much more.

Currently, there are 18 different congregations of religious women represented in the Diocese of Portland.

If you are interested in learning more about vocations to religious life, you may contact Sister Rita-Mae Bissonnette, the diocesan delegate for Religious, at 207-773-6471 or [email protected]. You may also contact the vocations offices of the religious communities.

Celebrate the service of our sisters in Maine Finding a Path to Light and Freedom

The Esther Residence in Saco, a ministry of the Servants of the Immaculate Heart of Mary, better known as the Good Shepherd Sisters of Quebec, seeks to provide a safe, nurturing community for women leaving incarceration. For the past 16 years, it has operated in the spirit of the sisters' foundress, Marie Fitzbach Roy, who, in 1849, accepted a call to provide refuge to “fallen women” in Quebec. [Read the story.] 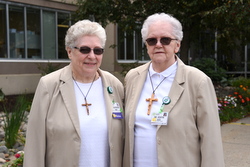 Seventy-five Years of Serving with Love, Compassion, and Respect

Sister Mary Edith St. Jean, CSSF, and Sister Barbara Martis, RN, BSN, reflect on the 75-year history of St. Joseph Healthcare in Bangor. The Felician Sisters arrived in Bangor in 1947 to take over the small Paine Private Hospital and continue to serve there today, now that it is operated by Covenant Health. [Read the story.] A Legacy of Love at St. Mary's Health System

Sister Claire Pouliot, SCSH, retired in April after serving as a social worker at St. Mary's d’Youville Pavilion in Lewiston for 24 years. It means that for the first time in its long history, there will not be a member of the Sisters of Charity of Saint-Hyacinthe serving at the hospital they founded. [Read the story] Franciscan Sisters of the Eucharist welcomed to Maine

They are originally from Michigan, Tennessee, and Wisconsin, but now, three Franciscan Sisters of the Eucharist call Maine home. The sisters, whose motherhouse is in Meriden, Connecticut, were sent to establish a house in Lewiston, moving into the convent located next to Holy Cross Church. [Read the story] Walking and serving among the poor of Brazil

In 1973, responding to a call from the Second Vatican Council, the Servants of the Immaculate Heart of Mary, also known as the Good Shepherd Sisters of Quebec, approached Bishop Joseph Gerry, OSB, the 10th bishop of Portland, about establishing a mission in Brazil. Nearly 50 years later, the ties they forged remain strong. [Read the story.] 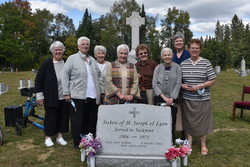 Sisters of St. Joseph of Lyon celebrate their Maine roots

On September 14, 1906, six sisters from Lyon, France, arrived in Jackman, Maine, in the middle of the night, not knowing what to expect but committed to the mission that brought them there — to teach the children of the area. One hundred fifteen years later, current members of the Sisters of St. Joseph of Lyon journeyed to the western Maine town to join in celebrating and remembering the gifts those first sisters brought and the legacy they left. [Read the story.] Pope Francis declared this to be the Year of St. Joseph in hopes more people would learn about the saint who went about his life quietly but with great trust in the Lord.  As we celebrate this year, some members of the Sisters of St. Joseph of Lyons share why they have long had a devotion to the saint. [Read the story.] Stories of service from the Mexican border to the Bering Sea

From snowstorms to sandstorms, from temperatures well below zero to those soaring past 100°, two Sisters of St. Joseph of Lyon share stories of their works of service, not in far-reaching corners of the world, but here in the United States. Sister Rita Bujold, CSJ, served in the Diocese of El Paso, along the Mexican border, in the early 2000s, while Sister Angela Fortier, CSJ, served more than 3,300 miles away in the Diocese of Fairbanks beginning in 1989. [Read the story.] 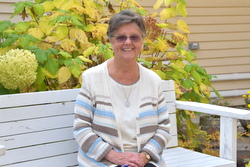 "Jesus has always been my best friend"

Sister Theresa “Terry” Gauvin, SCIM, the provincial of the Servant of the Immaculate Heart of Mary's American province, says her first response to the Lord when feeling called to a vocation was "Who me?" but she recently celebrated 54 years in religious life. [Read the story.] 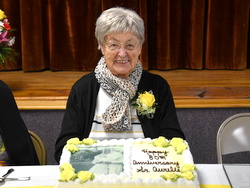 Sister Aurelie Michaud, D.W., a Saint Agatha native, celebrates the 80th anniversary of her profession to the Daughters of Wisdom on February 2, 2020.  During her many years of service, Sister Aurelie educated children with developmental disabilities, treated boys suffering from polio, and cared for those with AIDS, at a time when the disease was still much understood. [Read the story.] 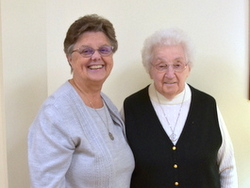 The Servants of the Immaculate Heart of Mary, more commonly known as the Good Shepherd Sisters of Quebec, are celebrating the 80th anniversary of St. André Home.  While the ministry’s work has evolved, its mission has remained the same: helping women in distress with tenderness and mercy. [Read the story.] 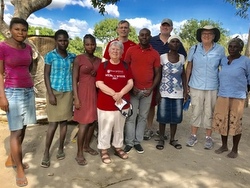 A mission of Mercy and hope in Haiti

Seeing the overwhelming poverty and need for better living conditions for the people of Haiti, the Sisters of Mercy formed Mercy Focus on Haiti, a group that consists of Sisters of Mercy, Mercy associates, and friends who work with the religious community. [Read the story.] 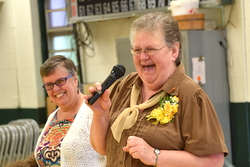 Known for her infectious laugh and unpretentious manager, Sister Carol Martin, PFM, recently celebrated the 50th anniversary of her profession the Little Franciscans of Mary. Sister Carol currently serves at St. Michael Parish in Augusta, a job she says she loves because "it's just neat to journey with people." [Read the story.] CourageLives, a program of St. Andre Home in Biddeford, founded by the Good Shepherd Sisters of Quebec, is focused on caring for, healing, and rebuilding the lives of survivors of human trafficking.  It is the only residential facility of its kind in Maine. [Read the story.] 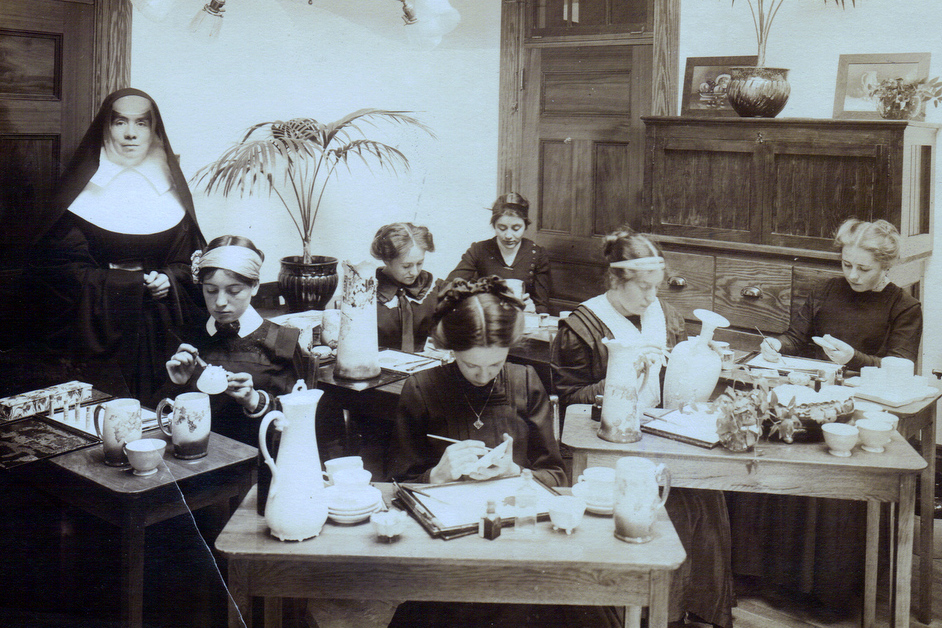 150 Years of Walking Among Us

From the first bishop of Portland until today, the Sisters of Mercy have been teaching, healing, and serving the community in whatever ways have been needed. [Read the story.] 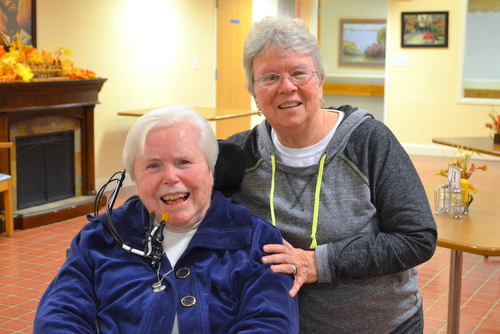 Sister Anne Fitzpatrick, RSM, continues to serve others and live out the charism of the Sisters of Mercy despite physical limitations resulting from multiple sclerosis.  Read how Sister Anne is "still climbing mountains," as featured in Harvest magazine. [Read the story.]