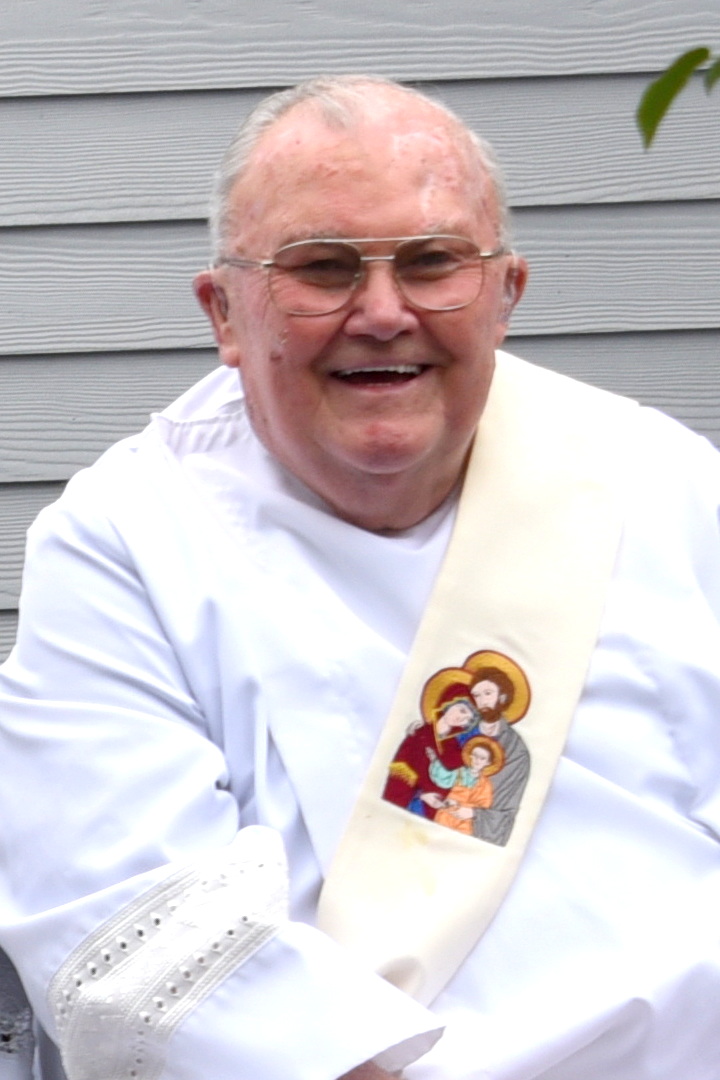 Please join in praying for the repose of the soul of Deacon Jim Burns, who passed away on November 29 at the age of 78.

Deacon Burns is originally from Bronx, New York, and spent much of his life in that state before moving to Maine. Originally discerning to become a Marist Brother, he instead became an electrician, spending 43 years working for Arc Electric Corp and Forest Electric at the World Trade Center in New York City. He also served in the Air National Guard for six years.

He was ordained to the permanent diaconate on May 14, 1988, for the Archdiocese of New York and served at Sacred Heart Church there for 16 years. He and his wife, Clare, then moved to Maine where he served at St. Elizabeth Ann Seton Church in Fryeburg, part of St. Joseph Parish. Although he retired from active ministry in 2019, he was a familiar presence at the church up until his passing.

In addition to Clare, his wife of 55 years, Deacon Burns is survived by five sons and twelve grandchildren.