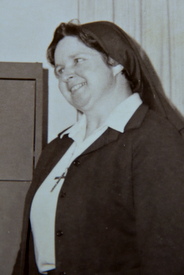 Please pray for the repose of the soul of Sister Martha Gleason, OSU, who died on February 1, 2021, at the age of 84. Sister Martha, also known in religious life as Veronica, was born in Boston, Mass. the seventh child of Mary and Clarence Gleason.

She entered the Ursuline Sisters in 1955, taking her final vows in Springfield, Mass., in 1963.  A Classics major, Sister Martha taught school in Springfield, in New York City, and in Dedham, Mass. She was a consummate educator, spending hours with her students. Sister Martha also served in the Diocese of Portland as the executive director of the Advisory Council of Women Religious from 1977 to 1981, and she served as provincial of the Northeast Province..