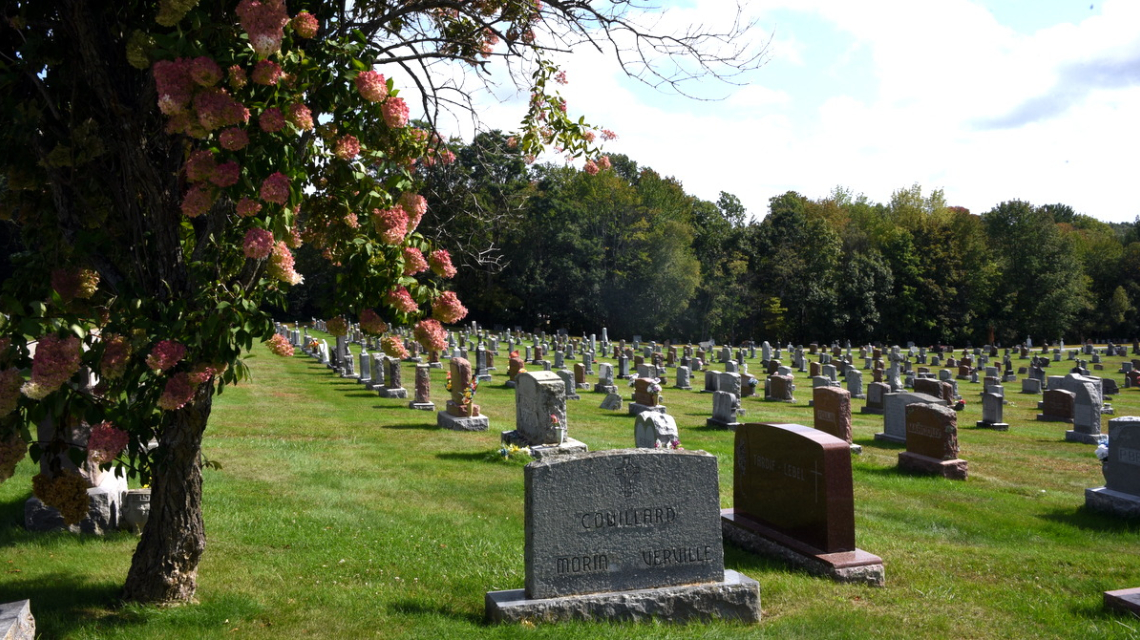 Originally known as the French Cemetery, St. Peter’s Cemetery was established on July 1, 1876, with the acquisition of eight acres of land on the Switzerland Road. The first interment, on July 2nd of that year, was Joseph Gaudios Laroche, 10-month-old son of Joseph Laroche and Celine Ferland. Cemetery records indicate, however, that there were 172 interments between 1870 and July 1, 1876, in what was then known as Le Cimietière de la Congrégation Canadienne.

With the arrival of the Society of Dominican Fathers in 1881, the cemetery along with all properties and undertakings of St. Peter’s parish fell under their administration.

The Dominican Fathers owned and operated St. Peter’s Cemetery from 1881 until December 31, 1994, when it was turned over to the Roman Catholic Bishop of Portland.

Over the years the cemetery has grown to over 70 acres of developed land, and over 40,000 burials have taken place. A bronze memorial section was begun in 1954 and has grown to include over 9,000 grave spaces.