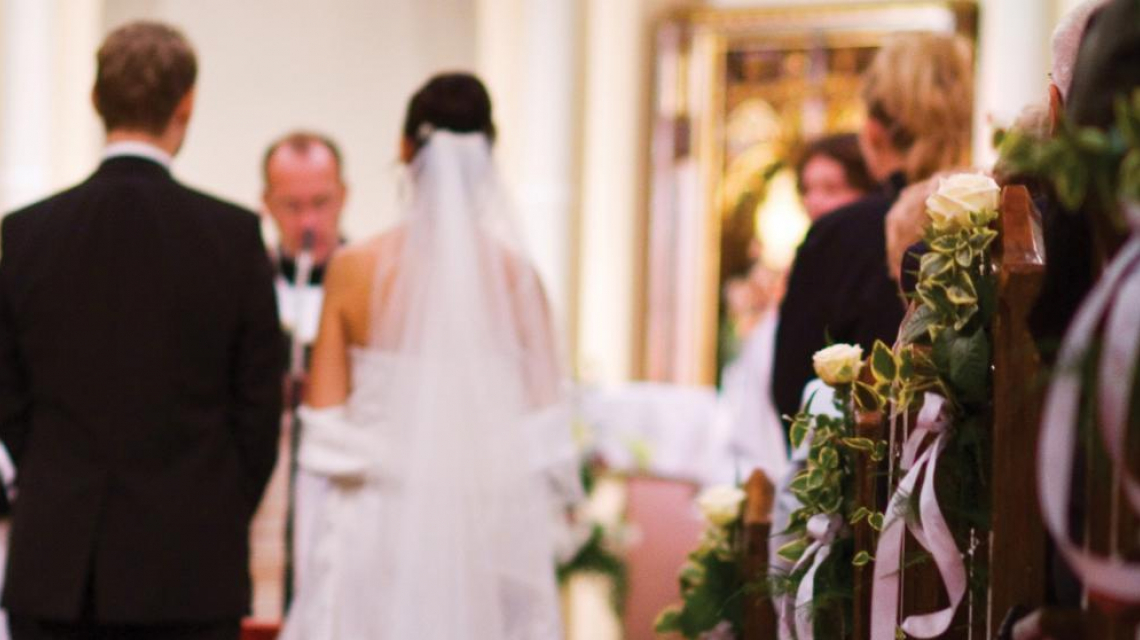 When Jesus said that the Father’s intention, from the beginning, was that marriage be indissoluble, His own disciples balked (Matthew 19:9-10). In the same way, many people today balk when the Church proclaims what marriage is according to God’s plan. Nevertheless, the Church must proclaim, as faithfully as possible, what God has revealed to us.

The catechism reminds us of the central role that marriage plays in Scripture, both in terms of the meaning of marriage itself and it being a metaphor for God’s relationship with His people (CCC 1602). The Scriptures begin with the creation of man and woman in the image and likeness of God and conclude with a vision of the wedding feast of the Lamb. God Himself is the author of marriage and has endowed the married state with its own proper laws. Marriage, by the very nature given to it by God, is ordered toward the good of the spouses and the procreation and education of children. The act of marrying is the foundation of the family, which is, in turn, the domestic Church. Christ has raised marriage to the dignity of a sacrament.

The parties to a sacramental marriage are a baptized man and woman who are both free to marry and who freely give their consent to the marriage. The exchange of consent between the spouses is the “indispensable element” that makes the marriage. If consent is lacking, there is no marriage. Consent must be free; it cannot be forced. The priest or deacon who assists at the celebration of a marriage receives the consent of the spouses in the name of the Church and gives the blessing of the Church. The presence of the priest or deacon is a reminder that marriage is of great importance to the whole Church and not only to the spouses themselves.

The love of the spouses in marriage, by nature, requires a unity that embraces their entire life. “They are no longer two, but one flesh.” Included in this unity is fidelity: “I choose you for my spouse, and no other.” Also included is the idea of indissolubility. A sacramental marriage cannot be dissolved by any merely human power. The very nature of marriage, as well as the good of the children, requires this unity, indissolubility, and fidelity. Moreover, because marriage is a sign of God’s fidelity to His covenant, the spouses are called to live that sign by their fidelity to each other.

This understanding of marriage may seem at best unrealistic, at worst impossible to live out in the “real world.” Divorce is common. Many people struggle in their marriages. Some people are emotionally, physically, and/or sexually abused by their spouses. There is also the constant pressure from many in our culture who reject some or even all of the Church’s teachings on married life. A couple who marries in the Church and intends to be faithful to their marital covenant can expect few, if any, social rewards.

Many of these challenges are rooted not in human nature as such but in how our nature has been damaged by sin. People are tempted to exploit others in an effort to gratify their own immediate desires. People bring into their marriages various kinds of envy, greed, lust, desire for domination, and other sins. Some people have various psychological challenges and personality disorders that may distort their perception of the world and their ability to commit themselves to married life.

At the same time, we recall that Christ always gives us the grace to do whatever He asks of us. This is just as true of married couples as it is of anyone else. In the sacrament of marriage, Christ strengthens human love with the outpouring of His own love. Married couples who seek to live out their commitment in the Lord can and do grow in grace and love. The Church, because of its deep commitment to marriage, strives to support married couples to live out their commitment in the Lord. The Church does not abandon those whose marriages have ended in separation or divorce, for whatever reason, as they need the healing mercy of the Lord.

Father Mark P. Nolette is a priest/hermit of the Diocese of Portland. He writes a regular blog that can be found at www.theanchorite.net.