Carrying the good news of Christ from India to Maine 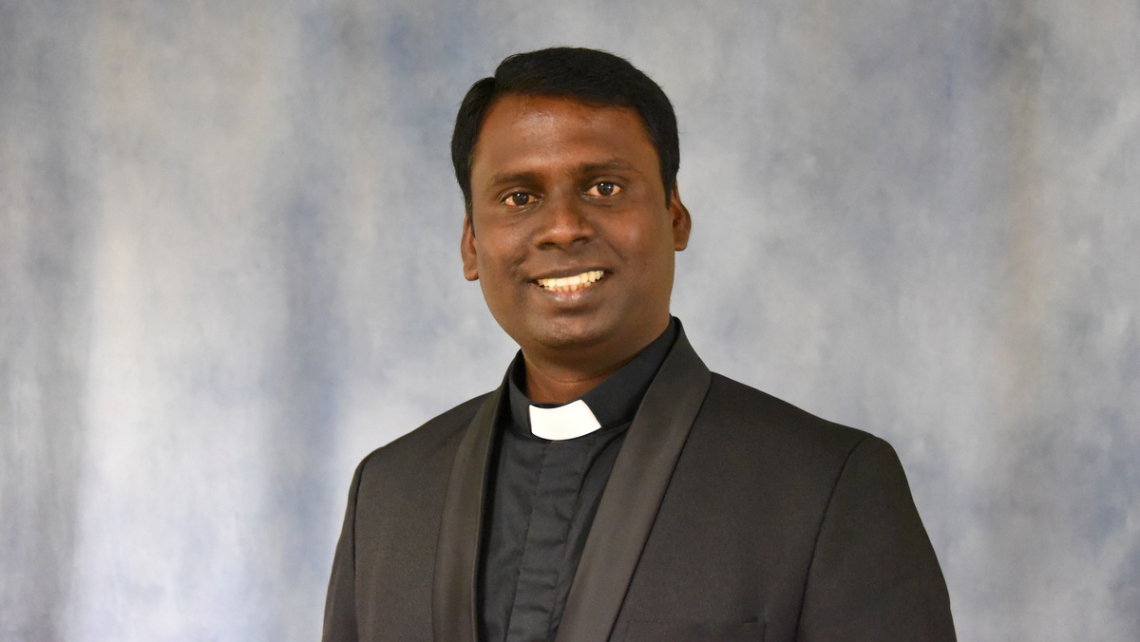 “I love parish ministry, and I love administering the sacraments.”

Father Elaiyaraja Thaniyel, HGN, says that is why he is looking forward to his service in the Diocese of Portland.

“I am looking forward to joining my hands with the bishop for the faithful of the diocese and fulfilling the needs of the diocese,” he says.

Members of the Heralds of Good News, a missionary society of apostolic life based in India, Father Elaiyaraja and Father Brittoraj Amalogam, HGN, were recently welcomed to Maine, joining nine other members of the society in the diocese.

“I am very happy because I will be able to give some spiritual guidance to the people here,” says Father Brittoraj.

Both priests say they were altar servers when they were growing up and say the priests with whom they served were early influences in their lives.

“It was wonderful. He offered a lot of guidance and inspiration,” Father Elaiyaraja says of the pastor of his church. “From my same age group, three of us are now priests.”

“The thing that inspired me was our parish priest,” says Father Brittoraj. “He was an inspiration to me because when I was an altar boy, he used to tell me about everything, whatever teachings he could give and spiritual guidance, and through that, I was inspired that, OK, one day, I should become like him.”

Father Brittoraj says while he had the idea as a child that he might like to become a priest, the thought grew in him when, beginning in middle school, he attended Catholic schools.

“I studied in the Don Bosco schools, and I saw many priests. They all came, and they are teaching me. They are guiding me,” he says. “Then, I started to realize, ‘Why don’t I become a priest?’” 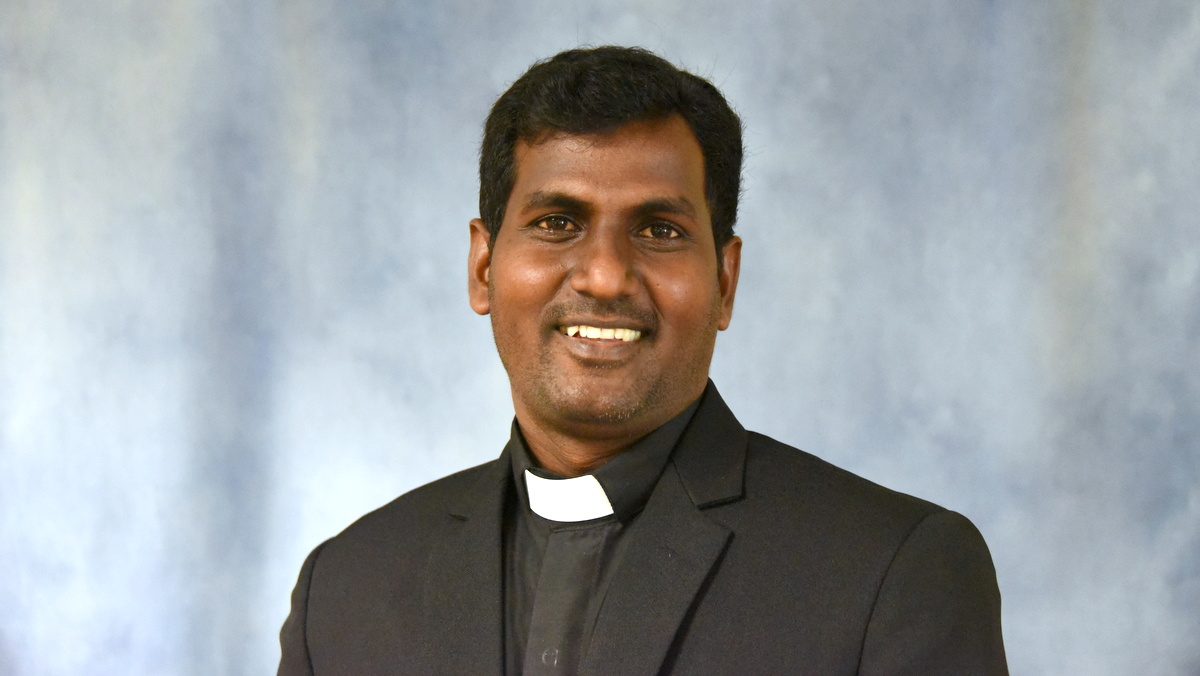 Father Brittoraj isn’t the only one in his family who felt a call to religious life. His sister is a woman religious, and his uncle is a member of the Heralds of Good News.

“He took me to the Heralds of Good News, and then, I started my journey. I was not familiar with them at that time, but my uncle used to tell me about the congregation, like the things they were doing. I was inspired by his talk, so OK, let me also join the Heralds of Good News,” says Father Brittoraj. “I wanted to be a missionary and go where people need help.”

Ordained in 2014, Father Brittoraj first served as an assistant parish priest in southern India, then became the procurator of a retreat center, responsible for both the spiritual activities of the center and its operations. He then served as pastor of a church for four years before learning he would be coming to Maine.

“I was very happy when the provincial told me I was going,” he says. “I will do my level best here.”

After learning of his new assignment, Father Brittoraj says he went online to find out what he could about the Diocese of Portland.

“I have gone to Google, and I read many things about this diocese, the many works that have been carried out,” he says. “I was inspired.”

Father Elaiyaraja also turned to Google when he learned that his next assignment would be in Maine.

“I searched and saved the page for the Portland Diocese and for the bishop’s house,” he says. “It is still there in my Google Maps.”

As with Father Brittoraj, Father Elaiyaraja’s vocation journey began when he was a boy. He says when he was six years old and the priest asked him and other children what they would like to be, he said he wanted to be a priest.

His family was active in the Church. His father was the leader of the St. Vincent de Paul Club, while his mother was a member of the Marian Solidarity. Living across from the church, Father Elaiyaraja says he, too, was always willing to help.

“The priest could call from the pulpit of the church, my name, and even if I was asleep, I could hear his voice, so close to the church was I placed. So, I was a regular from a young age,” he says.

When he was a young boy, his village church was a mission, so the priest would come just once a week, arriving on his moped.

“The sound comes, and all would be aware that ‘Oh, pastor is here. Father is coming.’ So, all will be making sure that today we have a service and a Mass,” he says.

Father Elaiyaraja says he and the other altar servers would assist the priest and sometimes travel with him on his moped to other villages.

After first attending public schools, Father Elaiyaraja says he went to a Catholic boarding school for 11th and 12th grade and, there, was exposed to many different religious orders. He says he chose the Heralds of Good News because of the example of a priest from India, a “son of soil,” who was serving in the village.

“There were so many orders coming for vocations, so I was not clear what it means, but my son of soil, the priest who was already there in the village, he made it clear, this order is OK. You can join if you like,” he says.

As the oldest in his family, Father Elaiyaraja sees it as fitting that he has dedicated his life to God.

“As per the Bible, the first fruit is for God, so that’s how I cherished my vocation,” he says. “I cherish the vocation I have received.”

Although he says he never felt pressured to become a priest, his parents and grandfather were pleased when he was ordained in 2015.

“My grandfather used to say, ‘Your dream, you are fulfilling. You’re keeping up your word that you made at the age of six, so that is really amazing,’” says Father Elaiyaraja. “When I started my journey to the U.S., to come to Portland, I said goodbye to my grandfather. He said, ‘Be safe on your way. I’m praying for you.’”

Father Elaiyaraja is now serving as a parochial vicar of Prince of Peace Parish in Lewiston. As Harvest went to press, Father Brittoraj had not yet received a pastoral assignment.