Eleven men accepted as candidates for the permanent diaconate 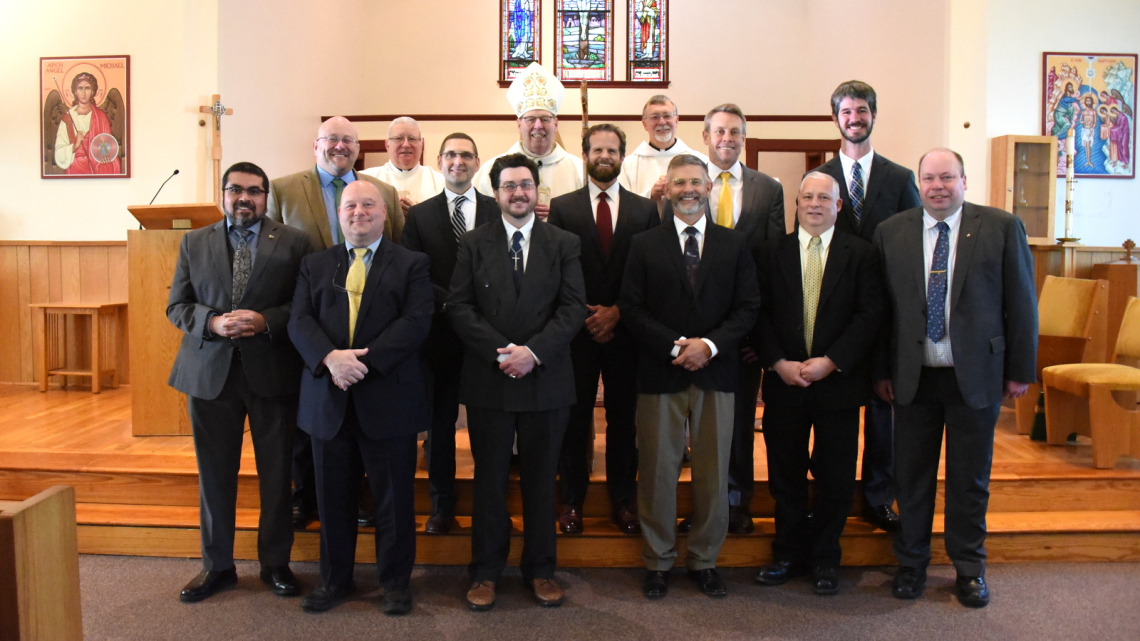 Eleven men were admitted as candidates for ordination to the permanent diaconate during the Rite of Candidacy celebrated by Bishop Robert Deeley on Saturday, November 19, at St. Francis Xavier Church in Winthrop.

“We take this step to concretely remind ourselves that we are on a journey with the Lord Jesus whom we believe is calling these men to service,” the bishop said. “These men who ask today for admission to candidacy for Holy Orders, and specifically for the permanent diaconate, are asking to serve Christ the King by bringing his message, the good news of the Gospel, into the world here in Maine. It is a wonderful day.”

During the Rite of Candidacy, the 11 men were called forward and, standing before the bishop, publicly resolved to complete their preparation for Holy Orders and to prepare themselves in mind and spirit to give faithful service to Christ the Lord and his body, the Church.

The bishop then accepted their resolve, saying, “May God who has begun the good work in you bring it to fulfillment.”

For the 11 men, the journey to the permanent diaconate began two years ago. They completed a year of application and a year of reflection and discernment, but now, as candidates, they will enter into a more intense period of pastoral and theological preparation.

“Becoming a candidate for ordination is another step in my discernment. It's a time where I can deepen my commitment to discerning and do so with other amazing men who are discerning the same call. It's humbling to be considered for something that is much bigger than me,” said Richard Roussel of Gorham. “No matter the outcome from this discernment process, it is a great blessing for me.”

“It is both exciting and humbling to have reached this point in the process. It’s been a lot of work and a lot of learning, but the brotherhood that we have developed as aspirants is a very special bond, and I’m looking forward to the future of this journey with them,” said Timothy Winkeler of Falmouth.

“It is, in a way, daunting, but also, I feel so much support from the community. It’s hard to describe that feeling really. It’s a wonderful thing,” said Jon Blanchard of Presque Isle.

“Most important, and the greatest blessing of all, has been the growth of my relationship with Jesus Christ as this has progressed,” said Stephen Ritchie of Eliot. “Moving from aspirant to candidate feels like an important milestone has been reached—like we’re moving from testing the waters to formation—never losing sight that we’ll be continually discerning for the next 3 1/2 years.” 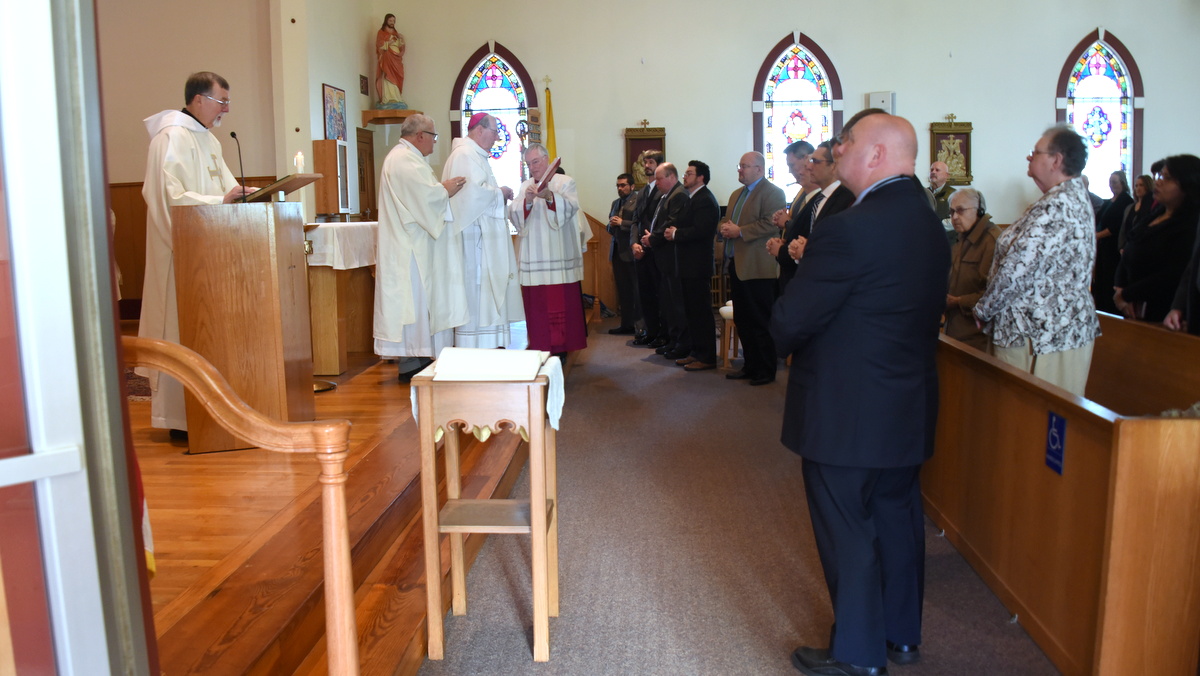 The eleven men come from all parts of the state and from nine different parishes. They are:

“I am far from the perfect diaconate candidate, but with the gifts God has given me, I believe I can put them to good use and be an instrument to serve the Lord. I truly love to serve others. I want to use my gifts of teaching, contributing, administration, and leadership to serve and to spread the love of Christ,” said Guerrette, who is from Hampden.

All eleven men are already active in their parishes and communities. Blanchard, for instance, is assistant program director for Catholic Charities Maine Hunger & Relief Services. Czerwinski is a chaplain at MaineGeneral Health in Augusta. The Guerrettes have led marriage preparation, are both extraordinary ministers of holy Communion and have taught religious education. Stearns volunteers at a soup kitchen and in prison ministry, and is a cantor, a reader, and an extraordinary minister of holy Communion when needed.

“The Lord continues to pull at my heart as he has done for 40 years, calling me closer every day for service to the people of God,” said Stearns, who is from Skowhegan.

Ayala is a member of the parish council and the ACTS retreat team at the Parish of the Holy Eucharist. He is also a fourth degree Knight of Columbus, a sacristan, altar server, extraordinary minister of holy Communion, reader at Mass, and has led small faith sharing groups.

He said, while he is still unsure whether he is called to the permanent diaconate, it is a deacon’s commitment to service which led him to discern.

Because they are often married with families, permanent deacons are also considered a bridge between the Church and the secular world.

“I have a strong pull to evangelize and share the Gospel and the mercy of Jesus Christ. As a deacon, you are called to preach the Gospel at Mass, but deacons also serve as a bridge to our communities where I would continue to share the Word of God. I would share it by living out my vocations as a husband and a deacon so that, through my voice and actions, I might be God’s instrument of mercy and love in order to drawn others to the fullness of his kingdom,” said Fidler, who lives in Bath.

“We need to have people who can be in the community and be that light within that community to sort of shine the way back into the Church, starting with the Catholics who are not coming to Mass,” said Koch, a Rumford resident. “Part of the deacon’s job, I think, is to help illuminate that to help people. As a deacon, you’ve worked. You’ve lived in the community. You’ve tried to balance all those things, so you can bring a different perspective than maybe the priest can in those places and be that steppingstone for people to come back into the Church.”

Despite their commitment to the Church and to service, a permanent deacon must also keep his marriage and family as a priority. These deacon candidates will tell you they could not have reached this point in their journey without the support of their wives.

“I couldn’t do it without Laura, my wife. There is no possible way I could do it without her support, and she has been truly amazing through the whole process,” said Koch. “When I run into a problem and I have to bounce it off somebody, Laura is the closest person, so she gets to listen to me and support me through this whole process — all my frustrations and the successes. It’s a team effort for sure.”

The wives of the candidates said they see in their husbands a call to serve the Lord as permanent deacons, so they want to be there to support and accompany them.

“My role in it is to really just be of support to him in everything. We’ve always been that way,” said Gina Czerwinski, who is the pastoral life coordinator at St. Michael Parish.

“I just think that when an opportunity to grow closer to Christ crosses your path, you say, ‘Yes.’  The opportunity crossed our path, and I couldn’t imagine answering any other way,” said Hillary Blanchard.

“I think it’s a blessing. He is very into it, and he loves studying and being in the community. I think he is very happy to do it, and I am happy for him,” said Maria Ayala.

“I just think it’s amazing. We’ve always felt the call to serve the Lord and the Church, so I’m totally in support of his journey,” said Louise Guerrette.

While the Rite of Candidacy is an important step towards ordination to the permanent diaconate, the 11 candidates and their wives know that there is still a long road ahead.

“I’ve always been involved within the Church. I’ve studied theology and always enjoyed that part, and I thought the diaconate might be a good fit. If God is calling me to be a deacon, yes, that’s good, and if he doesn’t, I’m still going to be a part of the Church. That is not going to change,” said Peter Czerwinski.

“I still have my eyes open and [am] discerning because, sometimes, he just wants our obedience, and it doesn’t have to lead anywhere,” said Jolicouer. “We have a long way to go.”

As the deacon candidates continue their journeys, please keep them and their wives and families in your prayers. 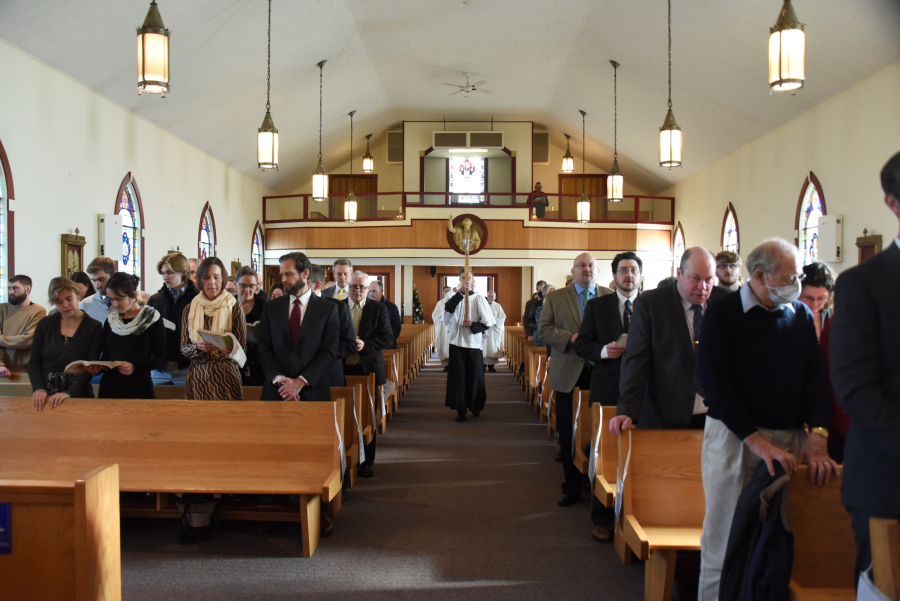 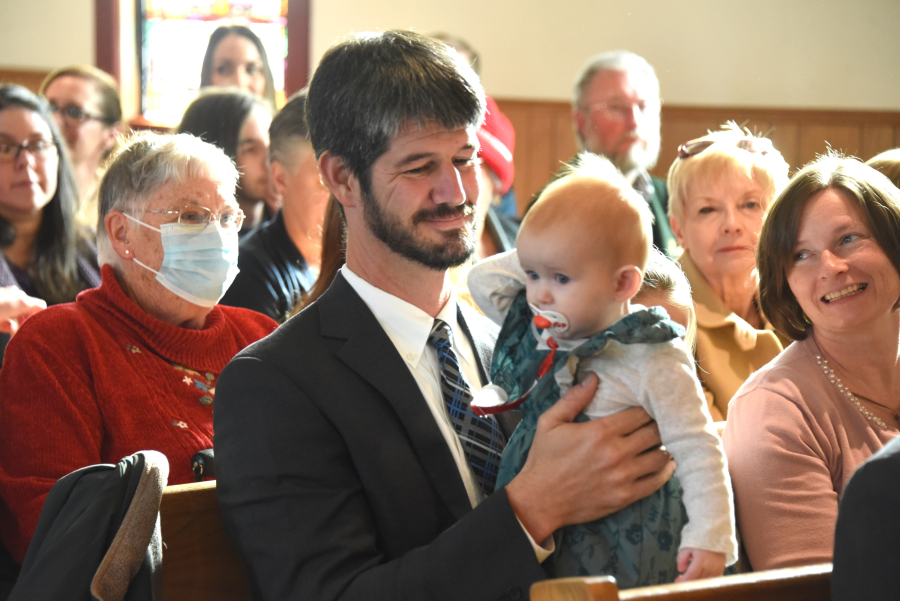 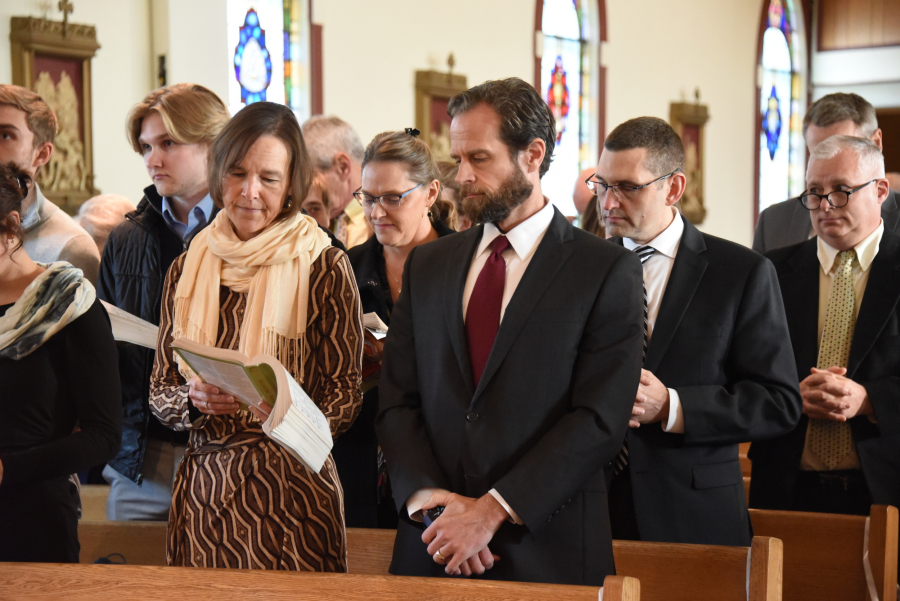 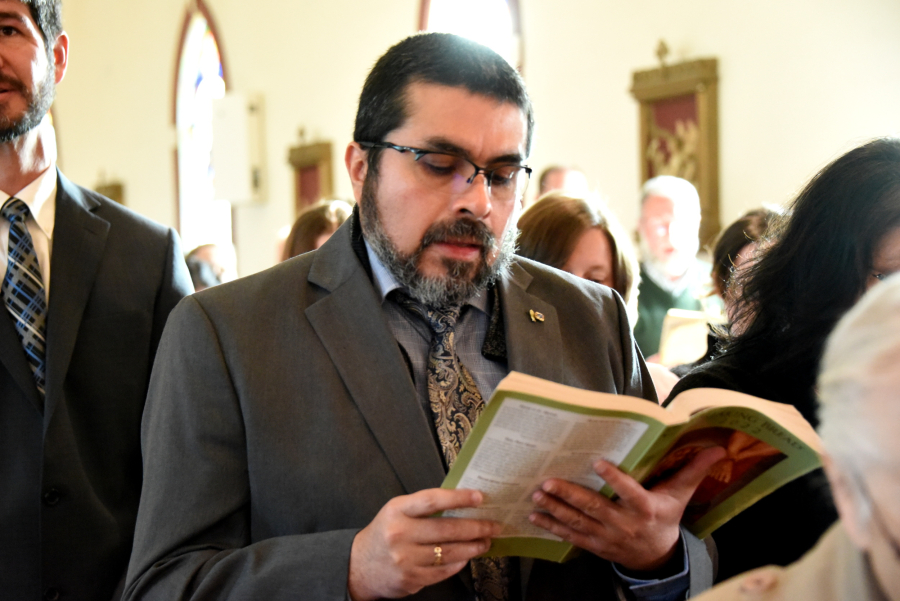 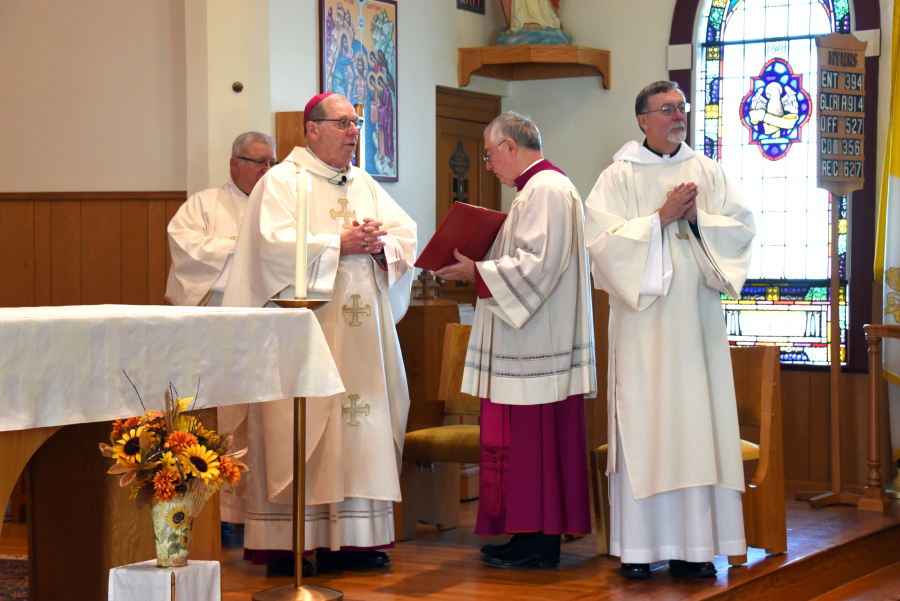 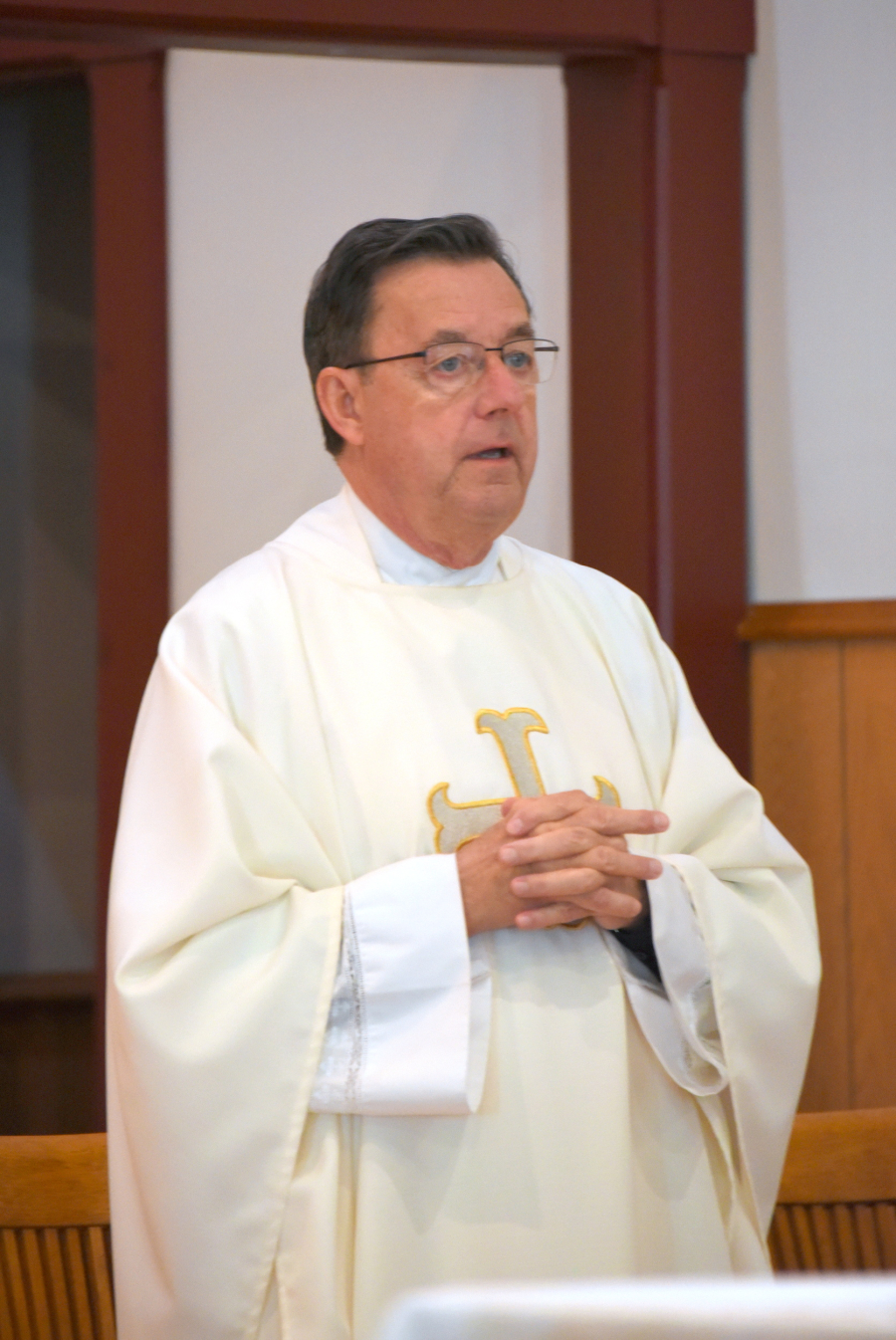 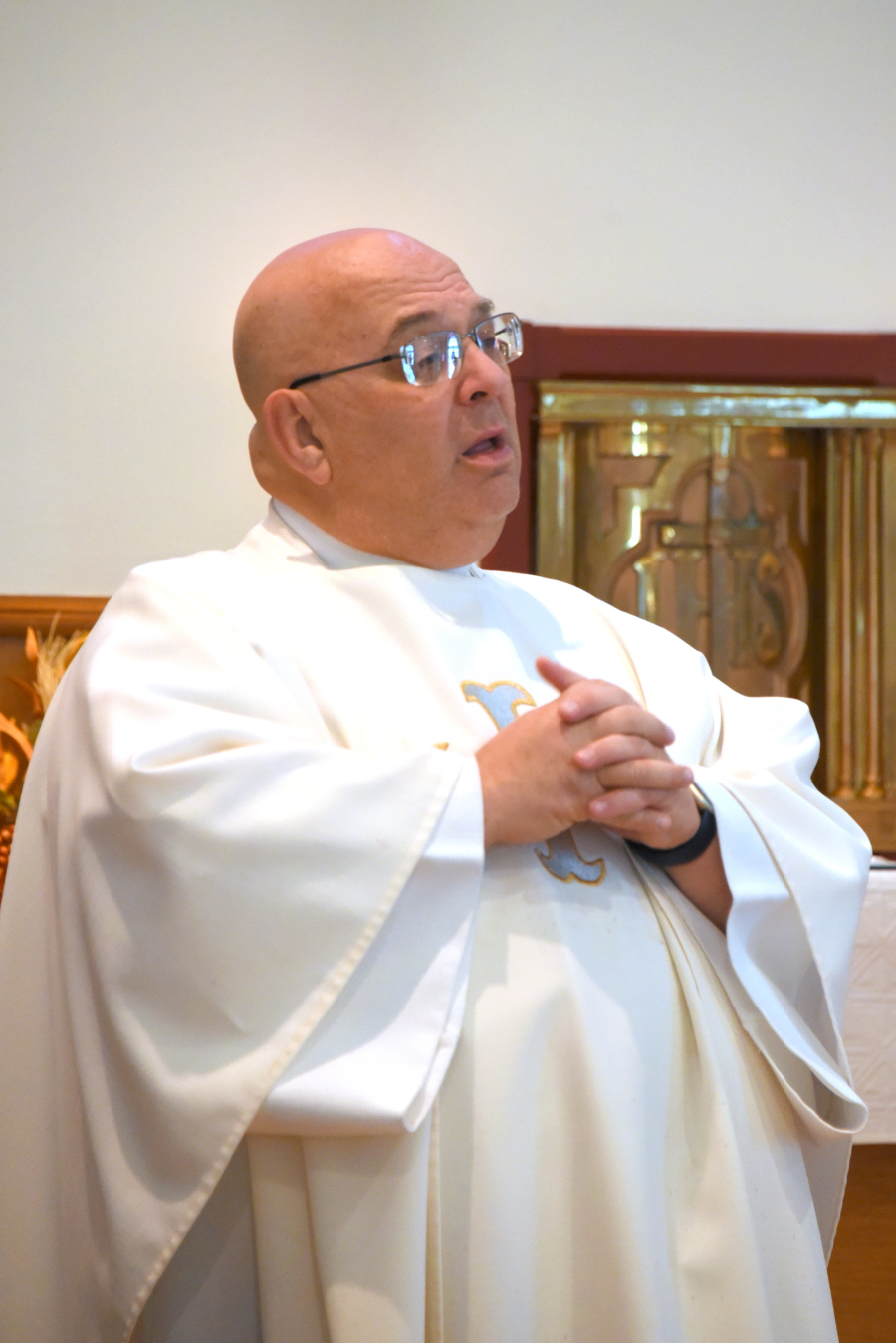 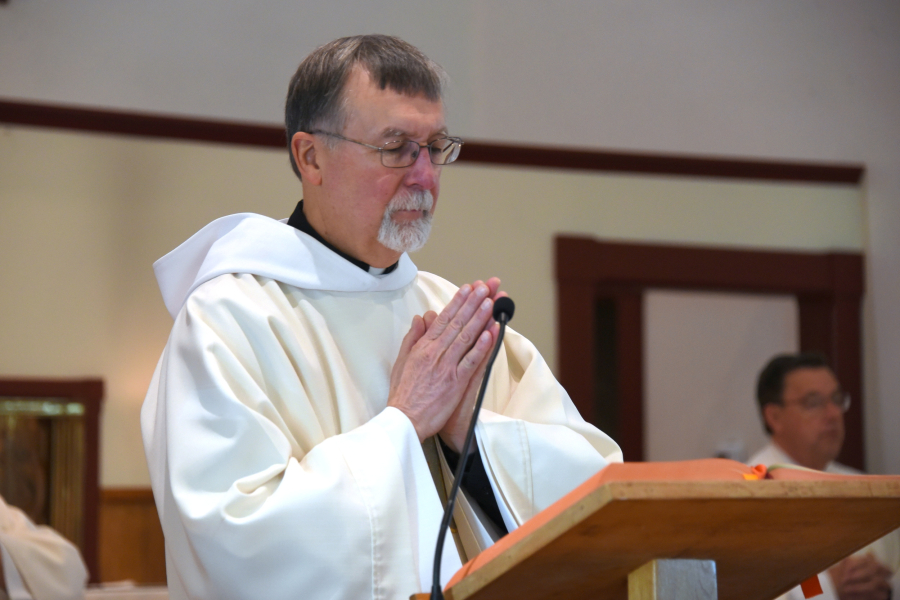 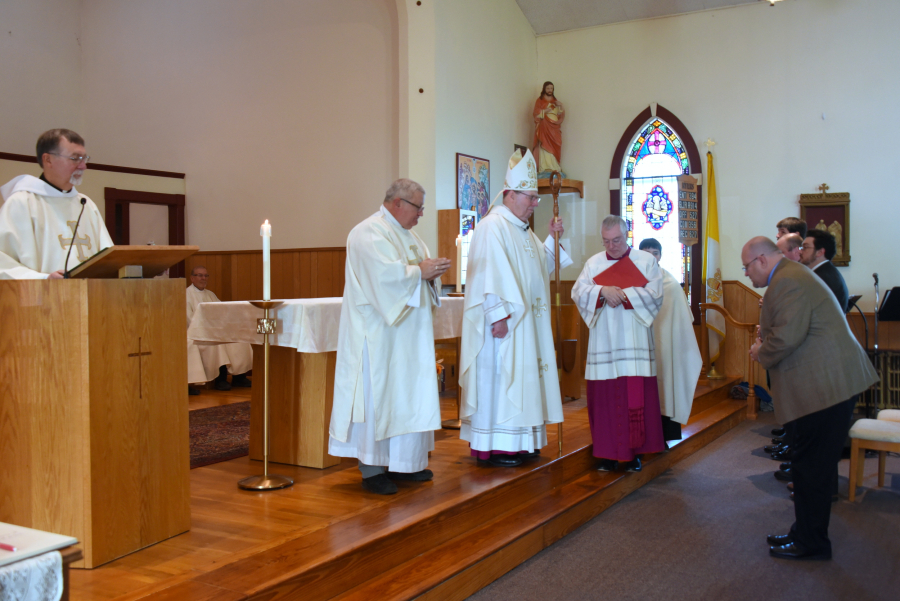