Sisters of St. Joseph Lyon Celebrate the 115th Anniversary of the First Sisters Arrival in Maine

Members of the Sisters of St. Joseph of Lyon journeyed from Winslow to Jackman on Tuesday, September 14, to honor those who came before them. The day marked the 115th anniversary of the arrival of six sisters from Lyon, France, beginning a legacy of service in Maine that continues to this day.

“For us, this pilgrimage was no mere exercise in nostalgia or trip down memory lane; it was important for energizing our mission today. In our sacramental tradition, memory is inextricably tied to mission. We wanted to remember and honor our pioneer sisters and Fr. [Joseph] Forest in order to recall God’s goodness and take nourishment and inspiration for our own living the same mission today,” said Sister Judy Donovan, leader of the Sisters of St. Joseph of Lyon in Maine. 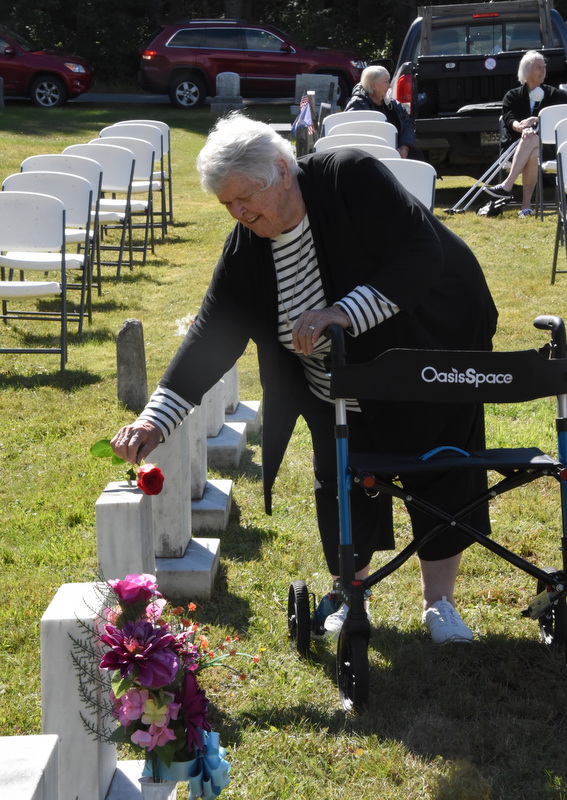 The sisters’ pilgrimage took them to St. Anthony Cemetery where they placed red roses on the simple white headstones that mark the final resting places of the sisters who served in the area, as well as at the gravesite of Father Forest, the founding pastor of St. Anthony of Padua Parish who helped to bring those first sisters to Maine.

The sisters from Winslow then joined with St. Anthony of Padua parishioners for a Mass in the cemetery, which was celebrated by Father Hyacinth Fornkwa. While the sisters had originally intended just a private gathering, it was Father Hyacinth, the recently appointed parish administrator, who sought to have a commemorative Mass after learning of the planned pilgrimage and of those first sisters’ contributions to the faithful of Jackman and the surrounding areas.

“They guided the people by the example of their lives, sacrificing the certainty of their homelands for the uncertainties of a foreign place with severe winters. They fell in love with the people of Jackman as they taught them the love of God,” Father Hyacinth said in his homily.

At the conclusion of the Mass, Sister Janet Gagnon, CSJ, shared some of the history of the sisters, who had come to the rural community to educate schoolchildren. They had left France during the time of laicization, when a new law forbade the sisters from wearing their habits while teaching in government schools. It led to a great missionary movement, with sisters leaving France to minister elsewhere, including the United States and Canada. 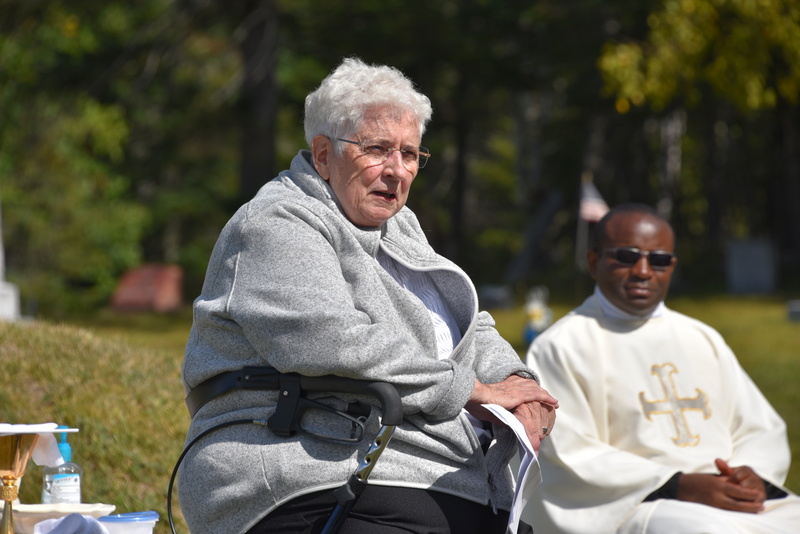 “It was the greatest movement of the time. Imagine, these were French sisters who culturally were not prepared to go to another country, but they went willingly and adapted,” explained Sister Janet.

It was through a connection with sisters serving in Fall River, Mass., that Father Forest arranged for sisters to come to Jackman to teach schoolchildren there. He agreed to build them a convent. They agreed to teach boys as well as girls, something they didn’t do while in France.

The sisters arrived by train in the middle of the night on September 14, 1906, and just 10 days later, the school opened.

“They didn’t have much time to organize themselves, but they were determined to start,” said Sister Janet. “By September 24, classes were started in the convent with 24 boarders and 36 day-students.”

While classes were first taught in the convent, in 1912, St. Anthony’s Parochial School opened. A dorm was also built for the boys to live in. 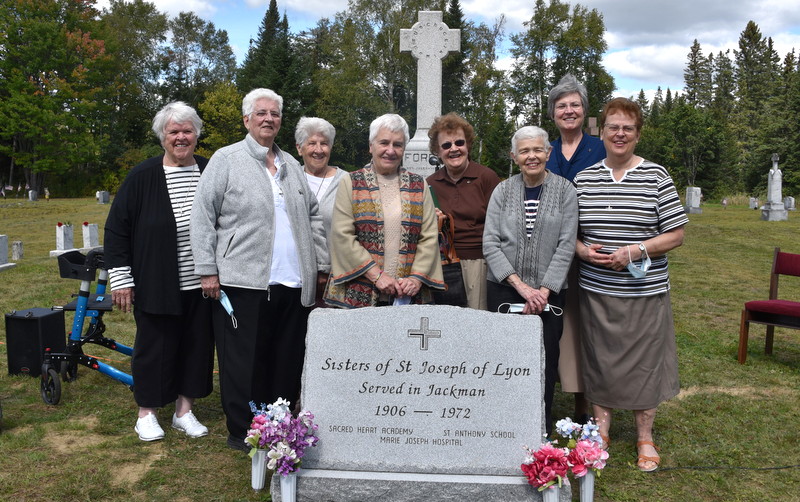 “The ministry of the sisters grew and expanded under the patronage of Father Forest, who was founder of this parish in 1892. He stayed with his people for 40 years,” said Sister Janet. “In fact, Bishop [Louis] Walsh, knowing the talent that this priest had, offered him a bigger parish very early in his ministry, downstate, and Father Forest refused. He said he was responsible for the bills he had accumulated and wanted to stay until the school was paid for, but that was just his excuse. He wanted to stay here with the people of Jackman,” said Sister Janet.

Such were his contributions, that he is even credited with partnering with local business leaders to bring electricity and running water to the community.

Later, in 1941, Sacred Heart Academy, a high school, was added to the sisters’ ministry.

The community grew to 35 sisters who were serving 230 children and teens, but sadly, in 1947, tragedy struck. An early morning electrical fire destroyed the convent and boys’ dorm, forcing the children and sisters into the streets. Fortunately, the sisters were able to ensure all made it out safely. Sister Marcelle Roy, one of the sisters who participated in the pilgrimage from Winslow, was one of the students and remembers the day clearly. 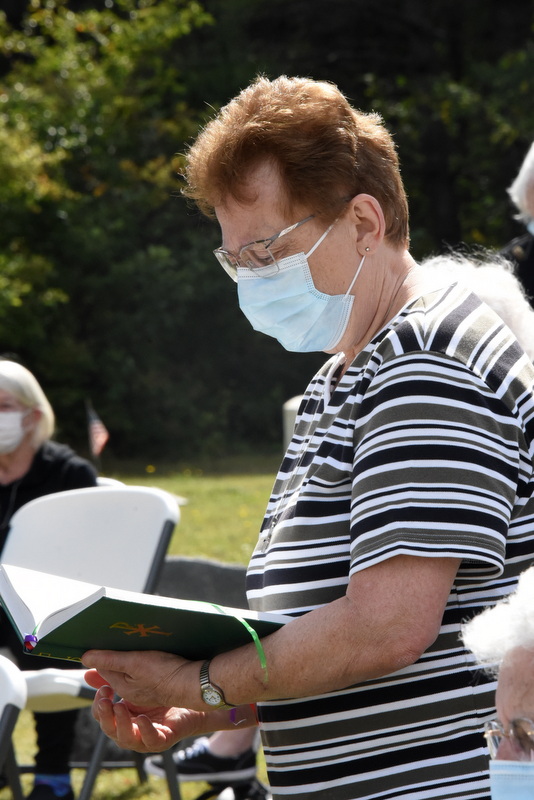 A year later, the convent was rebuilt, and the sisters’ ministry resumed. However, they decided to no longer take in boys, going back to their teaching roots in France.

The sisters’ teaching ministry expanded to other parts of the state, including Auburn, Dexter, Jay, Lewiston, South Berwick, and Winslow. They also expanded into healthcare, staffing a small community hospital in Jackman and later a nursing home. Sadly, the schools closed in 1967, and the sisters left the area in the early 1970s.

Nevertheless, their impact can still be felt in the lives of the students whom they touched, including some, like Sister Marie Line Rioux, CSJ, who later joined the congregation.

“I think they wanted you to be the best you could be,” she said. “That’s what they called forth from you.”