Youth leader looks to inspire others 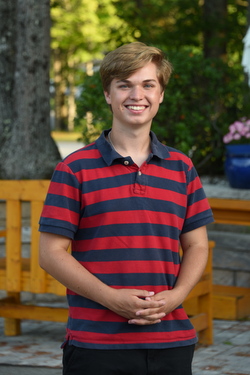 “I’m always trying to look and see how God is acting in my life.”

Brendan Fedrizzi, an 18-year-old from Waterboro, says he tries to let faith be his guide in all aspects of his life

“Faith actually does dictate how I make my decisions, who I hang out with sometimes, and how I look at the world,” he says.

That is true, he says, when things are going well, as well as when they’re going not so well.

“Trying to see, OK, what is God trying to tell me through this. Then, on a good day, taking time to thank God and just connect throughout the day,” he says.

Brendan, who attends St. Matthew Church in Limerick, says he depends on prayer to make that connection with God, most especially the Rosary, which he tries to pray every day.

“I think the Rosary is always somewhere I can go when I’m just in a bad mood or I’m overthinking something. I can always go to the Rosary and just kind of sit there and ponder it and just calm down or ask for help,” he says.

On busy days, he’ll pray in the car, processing things in his mind as he does, but his favorite time to pray the Rosary and other prayers is during eucharistic adoration. Prior to the COVID-19 pandemic, Brendan says he often participated in adoration held Wednesday evenings at the Cathedral of the Immaculate Conception in Portland and also took part in First Friday devotions there.

“I’m a pretty indecisive person, but during adoration, I can do all the prayers that I like. I can start with the Rosary, then do a meditation or something like that,” he says.

Brendan says he is grateful to his parents for helping him to develop a good prayer life at an early age. He says it has given him the ability to now take the initiative to build upon that foundation.

“We were taught the importance of prayer. I remember, before bed, learning the Rosary with my mom, and we would also have prayer time. One of us would lead the family in prayer, and then, we would go around and say people we wanted to pray for, or things that we wanted to pray to solve in the world and, also, things we were grateful for throughout the day. It was a time to thank God and connect with God as a family,” he says. 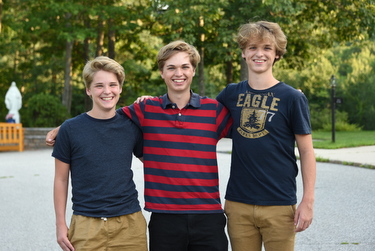 As Brendan got older and his schedule busier, those family prayer times dropped off a bit, but one thing that never changed was the importance of attending Mass.

“My parents were always there, making sure we were getting to Mass, and if we had something on Sunday, making sure we found a Mass close to us so we could get there and still take that day and reserve it as the Lord’s Day,” he says.

Brendan was an altar server from fourth grade through his high school years. He also participated in St. Matthew’s youth choir, has served as a cantor at Mass, and was active in parish youth ministry. His leadership in the group led Sarah Irish, the parish youth minister, to nominate him for a St. Timothy Award. The awards are presented by the diocese’s Office of Lifelong Faith Formation to teens who live as disciples of Christ.

“He is respectful and passionate when talking about his Catholic religion, which he clearly loves so much and shares that with us at every meeting. I think that Brendan inspires all of us to be better Catholics and to continue to grow in our faith every day,” Irish wrote in her nomination letter. “As a youth minister, it is wonderful and brings me so much joy to see a young person with so much passion.”

Brendan also tries to be an example to others through service. Projects through youth ministry have included collecting toys at Christmas. While attending Cheverus High School in Portland, one of his favorite service projects was helping to build a Habitat for Humanity home. And for his Eagle Scout project, he created a prayer space around a statue of Mary outside St. Matthew Church. 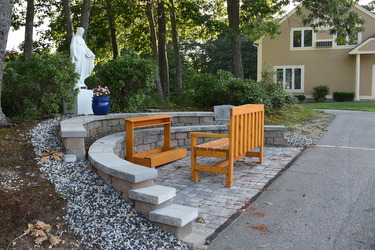 There are several ways in which Brendan says he tries to enrich his faith life. He says he follows the Instagram pages of some older youths, as well as Catholic sites such as the National Catholic Register. He has also attended discernment retreats presented by the diocese’s Office of Vocations and participated in a discernment group led by Msgr. Rene Mathieu and Father Brad Morin.  Prior to the pandemic, the group met Friday evenings at Most Holy Trinity Church in Saco.

“It really focuses on faith, fun, and fellowship. We talk about how things are going in our day-to-day lives,” he says. “It was a place to just talk and touch base with other people and kind of see from other people’s lives and get good advice on how to carry out the faith, how to react to different things, and how to really be a man,” he says.

Brendan also points to diocesan events such as the annual Journey retreat and youth convention. He says he still remembers the message of Doug Tooke, the keynote speaker in 2017.

“(He said) after we receive the Eucharist, we kind of become the monstrance for Christ. The Eucharist is in us. That is something that I’ve tried to carry with me through high school ever since,” Brendan says.

At Cheverus High School, Brendan was active in campus ministry, helping in preparations for schoolwide Masses.  He also regularly attended daily Mass there.

“There were a lot of good homilies in daily Mass that I was able to incorporate into my life, trying to be more quiet in prayer and listen to God’s voice,” he says. 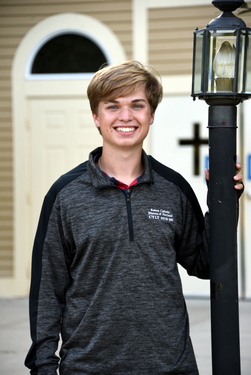 He says he is always willing to share what he hears with others.

“There are kids who aren’t Catholic who go to the school, so I kind of would help them and just kind of present it to them. I don’t think I ever really persuaded anybody necessarily, but I was always there to discuss it,” he says. “Presenting my viewpoints will at least give them something to think about.”

A desire to share his faith with others and guide fellow youths is what led him to join the Catholic Youth Leadership Team (CYLT), a group that helps put on diocesan youth events.

“I thought I could bring some of my knowledge to the table. I just wanted to help inspire kids my age to live their faith more,” he says.

Brendan says it worries him that so many youths leave the Church during high school or college. It is why he stresses the importance of trying to lead them to the Truth.

“I think it’s important to give people faith and give people purpose,” he says. “I think that reminder that God does exist and God loves you, and He cares for you, and you are meant to be there is kind of lost in a lot of what society pushes.”

Brendan now attends St. Anselm College in Manchester, N.H., where he is majoring in political science.  He says someday he might run for a political office, which he sees as a way to serve others.

“I think that is where I could make a difference,” he says. “I try to be as honest as possible, and I strive to make decisions based on how they affect others and how to make the world a better place.”