A teen finds her true identity in Christ 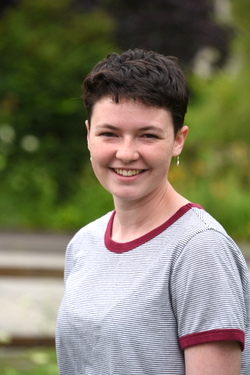 A leader who “strives to defend the faith” and brings others along with her on her journey. That is how Father David Raymond, pastor of the Parish of the Precious Blood in Caribou, describes 18-year-old Kailee Cox of Presque Isle.

“She is always upbeat and welcoming in and out of youth ministry. Kailee is always the first to participate and encourage others to share their voice in an empowering manner,” Father Raymond says.

In addition to youth ministry, Kailee participates in music ministry at the parish, helped to establish a women’s discernment group and, now that she has graduated from high school, has signed on to be a missionary with NET Ministries.   She will join with other 18 to 28-year-olds on National Evangelization Teams dedicated to sharing the Gospel with young people and their families.

“It was just a gut feeling that this is where you need to be,” she says. “I know what it’s like to go through that era of your life and not know what it means to be Catholic, and I want to be a part of helping them.”

Kailee says faith has been a “big deal” in her life since childhood.

“I always had encouragement from my parents to pray and to be close to God,” she says.

Nevertheless, just a couple years ago, she wasn’t sure if Catholicism should be part of the picture.  While she still accompanied her family to Mass, she decided she no longer wanted to receive Communion.

“I basically said, ‘I’m not going to receive any more. I don’t know if I believe it, and I don’t want to be connecting myself with something I may or may not believe in,’” she says.

Kailee says her struggles over her faith identity go back several years. She was originally raised in the Protestant Church, but after her parents divorced, her mother decided to further her education at Saint Joseph’s College of Maine in Standish, which led to her conversion to Catholicism. Already struggling with her parents’ divorce, Kailee says she viewed it as another unwanted disruption. 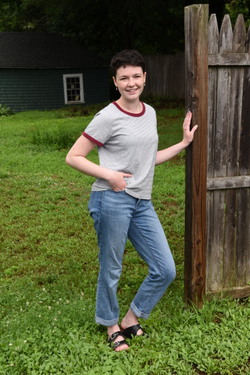 Kailee says what followed was a slow progression towards the Catholic faith. She accompanied her mother to Mass, attended religious education classes and, at age 12, was baptized, confirmed, and made her first Communion. Looking back at it now, however, she says she’s not sure she fully appreciated what she was doing.

“I’ve always been kind of driven for acceptance, and I wanted to be a part of that with my mom, and as a 12-year-old, I figured this is how I’ll do it,” she says.

Not wanting to disappoint either parent, it led to years of inner turmoil.

After her family moved to Presque Isle, Kailee says she did not immediately feel like she fit in. It was then that she decided to take a step back and stop receiving the Eucharist.

“My mom said, ‘OK, you can stop, but I need you to look at this. I want you to educate yourself on this, so you’re not just walking away but are really looking at whether you should or shouldn’t walk away.’ And looking back it, I’m so glad she didn’t push, because I wasn’t educating myself at first. I was just letting the Church go.”

A turning point for Kailee occurred towards the end of her sophomore year when she was invited to check out high school ministry. She says the welcome she received from two older members of the group, Delia Bonner and Olivia Mosher, made her immediately feel accepted.

“They were awesome, and I’m like, ‘OK, you know, maybe I can come back,” she says. “I think that’s a huge part of it for me. Being comfortable in my space usually helps me focus better.”

She became friends with Delia and Olivia, meeting them for coffee and hanging out outside of youth ministry meetings.

“They’re not only amazing women, but they’re extremely good role models, she says. “I still hadn’t accepted the fact that I was Catholic at that point, and I still hadn’t received in a long time, but I was ready to start learning.”

Kailee was then approached about attending a Steubenville East youth conference, an outreach of Franciscan University of Steubenville.  Hesitant, Kailee says she only agreed to go to please her mother.

“It sounded like there were going to be a ton of people, and it sounded scary to me,” she says. “I ended up going to make her happy but, also, because there was no way I was going to get out of it.” 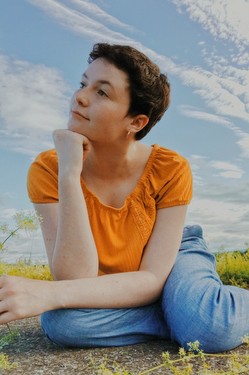 Kailee describes it as an amazing experience from the minute they left.

“Even just the ride there was so special because we sang super loudly the entire way. Then, when we got there, we just all hung out for about 30 minutes, because you come in and sign up, and they have to process everything. So, we were all just talking and having fun,” she says.

She went to confession while there and says she was able to share her struggles, including the difficulty of telling her father that she was Catholic.

“I felt so relieved after, because I was looking at this priest face-to-face but picturing God forgiving my sins. It was powerful,” she says.

Even more powerful was what she experienced during eucharistic adoration. She says she approached it believing she would be bored and fidgety, but when the lights were turned down and the music stopped playing, something quite different happened.

“There was one spotlight they had on the Eucharist in the monstrance, and it was breathtaking. The monstrance alone was beautiful, but then, the thought that this is my God right in front of me was amazing. I can’t use any other word. I was just sitting there, and I remember looking it, and I wanted to cry, but I can’t cry in public. It’s not something that comes naturally, so I was trying to hold it in. I was trying not to cry, and finally, the floodgates opened, and I was sobbing quietly,” she says. “Olivia and Delia, they were rubbing my back and helping me calm down.”

She says the worship leader then told them to put their hands out and let go of something they were holding onto, something that only God could take away.

It was at that point that she says she realized God had given her a gift and that she had to start living her life for Him.

She continued to grow closer to friends from youth ministry and met others who shared her beliefs when she attended the diocesan youth convention and traveled to the March for Life.

The March for Life trip also led the Aroostook County teens to form a group they called the Lagasse Lot, named for one of the members, Dominic Lagasse. Through texts or Facetime, the teens keep in touch and support one another.

“It’s been a good way to kind of connect,” Kailee says.

Realizing there was a discernment group for boys in Aroostook County but not for girls, Kailee sought to change that, reaching out to Theresa Bonner, the youth ministry coordinator at the time. Prior to COVID-19 restrictions, the group met monthly in the hall at Holy Rosary Church in Caribou.

“We didn’t really have a curriculum for a little while. We just talked about life and what it really means to be a woman, but then, before the quarantine started, I started implementing a book by Jason Evert. It’s about chastity and relationships and dating. It’s all about thing which we, as Catholic women, struggle with sometimes,” Kailee says

Just as Olivia and Delia reached out to her, Kailee says she tries to be there for others.

“If a friend needs help to handle something or on how to deal with a person who doesn’t support them in their faith, just being there to support them, if that is the case, has probably been the biggest thing that I’ve done so far,” she says.

The leadership she has shown is among the reasons she was chosen to receive a St. Timothy Award, which is presented by the diocese’s Office of Lifelong Faith Formation to high schoolers who exhibit Catholic morals and integrity.

Now, through NET Ministries, she is hoping to share those values with more youths.

“I’m doing something that positively affects teens,” she says. “NET Ministries’ whole goal is reminding Catholics about what it means to be Catholic: how important and how special and how beautiful it is.”