Sisters of St. Joseph of Lyon celebrate their Maine roots 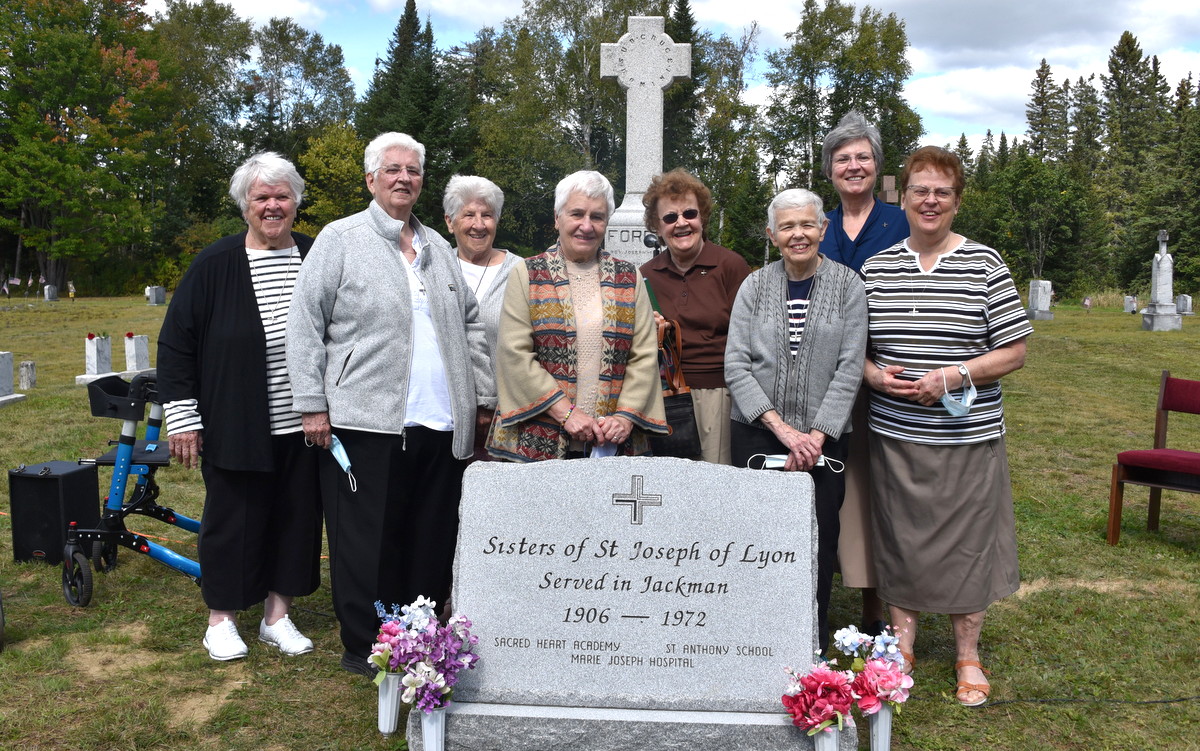 On September 14, 1906, six sisters from Lyon, France, arrived in Jackman, Maine, in the middle of the night, not knowing what to expect but committed to the mission that brought them there — to teach the children of the area. One hundred fifteen years later, current members of the Sisters of St. Joseph of Lyon journeyed to the western Maine town to join in celebrating and remembering the gifts those first sisters brought, the sacrifices they made, and the legacy they left.

“All of them gave their love and compassion and energy to making the faith alive and meaningful,” says Sister Janet Gagnon, CSJ. “We are very proud of them, and we are very grateful for what they did. We are here because they came here.” 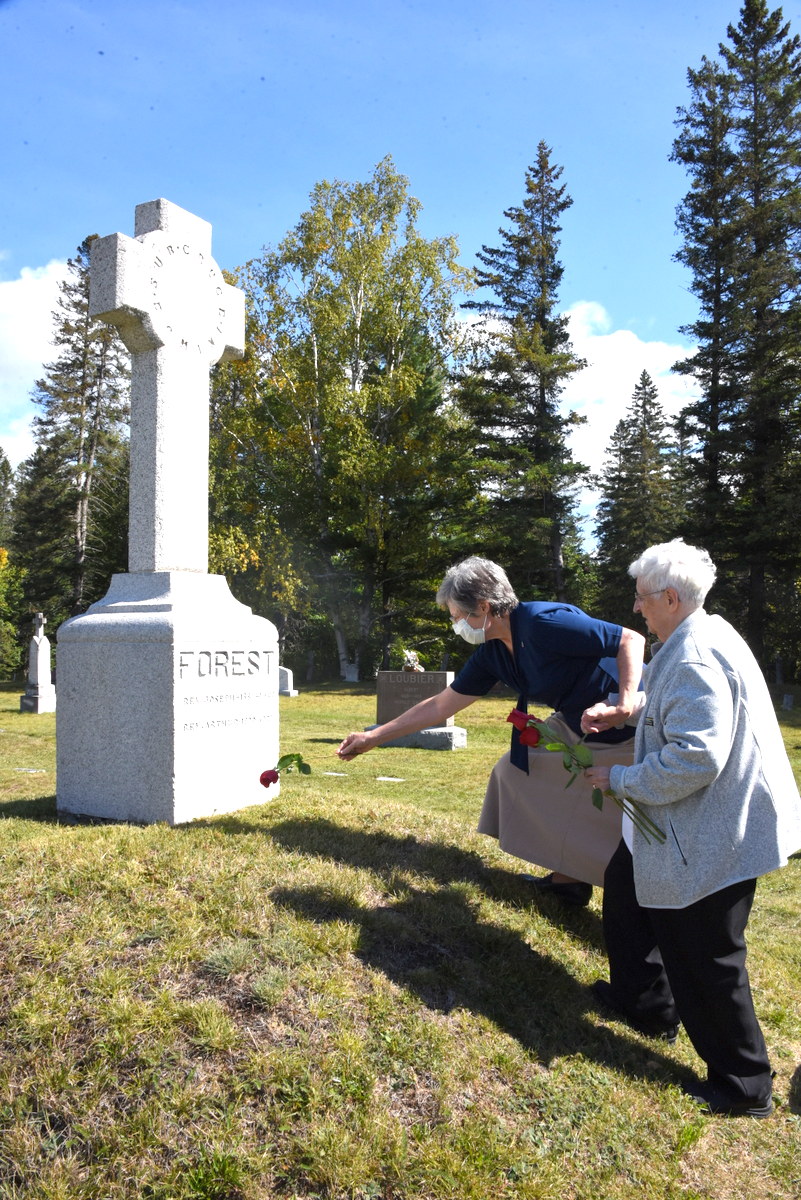 “For us, this pilgrimage was no mere exercise in nostalgia or trip down memory lane; it was important for energizing our mission today. In our sacramental tradition, memory is inextricably tied to mission. We wanted to remember and honor our pioneer sisters and Father [Joseph] Forest in order to recall God’s goodness and take nourishment and inspiration for our own living the same mission today,” says Sister Judy Donovan, CSJ, leader of the Sisters of Saint Joseph of Lyon in Maine.

The sisters’ pilgrimage took them from Winslow, where the Maine community is now based, to St. Anthony Cemetery in Jackman. There, small white headstones bearing the names of sisters surround a stone cross that marks the final resting place of Father Forest, the priest who helped bring the sisters to Maine and served as a father figure to them. The visiting sisters placed red roses at the foot of the cross and on each of the headstones, after which a Mass was celebrated in the cemetery. While the sisters had originally planned a private pilgrimage, Father Hyacinth Fornkwa, the recently appointed parish administrator, wanted to make it a community gathering after learning of those first sisters’ contributions.

“They guided the people by the example of their lives, sacrificing the certainty of their homelands for the uncertainties of a foreign place with severe winters. They fell in love with the people of Jackman as they taught them the love of God,” Father Hyacinth said in his homily.

Among those in attendance were some former students of the sisters, including Mary Audet, now a Waterville resident, and Sister Marie Line Rioux, CSJ, who was among the sisters participating in the pilgrimage. 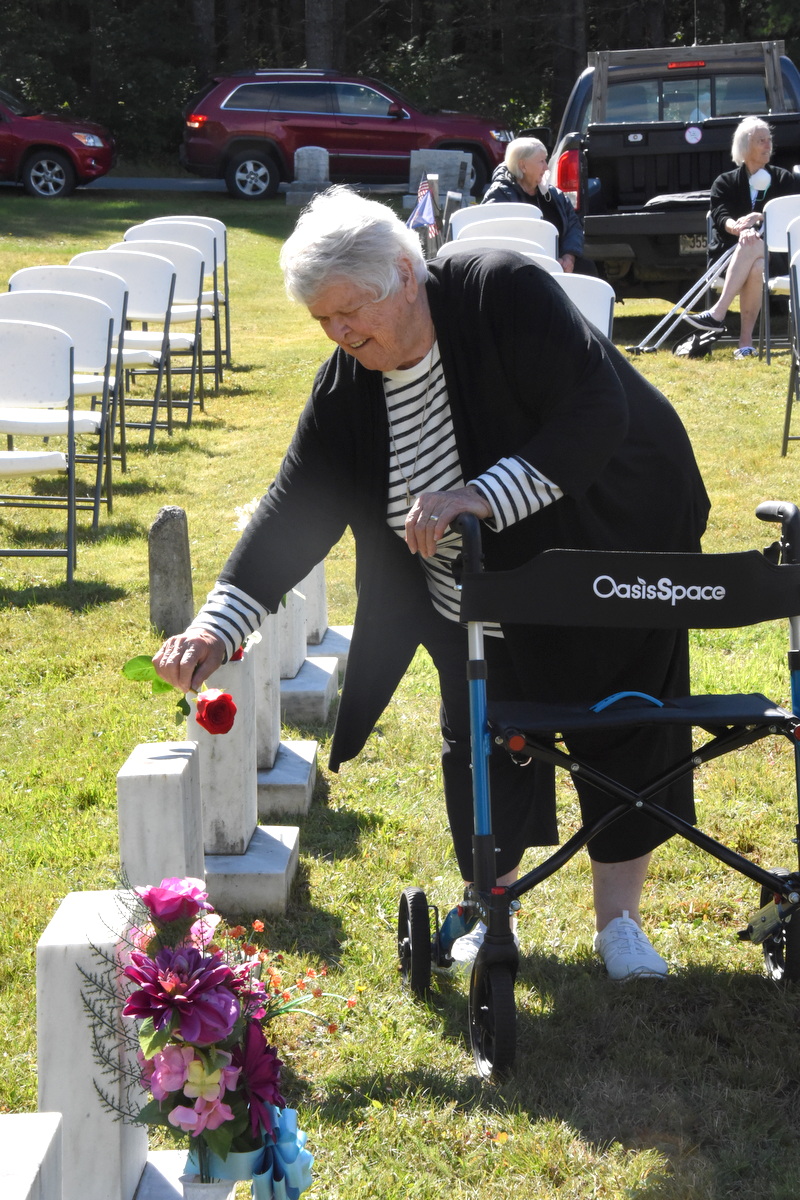 “I really loved it here,” says Audet. “Everything was precise with the sisters and well done. They really cared for you. They worked hard. I will never forget them.”

“They wanted you to be the best you could be. That’s what they called forth from you,” says Sister Marie Line.

At the conclusion of the Mass, Sister Janet spoke of the sisters’ journey, explaining that they came here after French laicization laws forbade them from wearing their habits while teaching in the government-run schools. Rather than adhere to the restrictions, the sisters went to other countries, including Canada, Egypt, Greece, India, Mexico, and the United States.

“Thus was born our greatest missionary movement in the history of our congregation,” says Sister Janet. “These were French sisters who culturally were not prepared to go to another country, but they went willingly, and they adapted.”

While it may seem that the rural town of Jackman was an unlikely landing place for the sisters, the connection was made through the Bishop of Montreal. A group of sisters in Fall River, Mass., had approached him about going to Canada, but he pointed them instead to Father Forest, who was originally from Montreal, knowing of his aspirations to start a school.

Writing to the sisters, Father Forest said: “Naturally, you do not know Jackman. It is not a large city. It is a little village in the mountains of Maine, but it is the center of all my missions.” 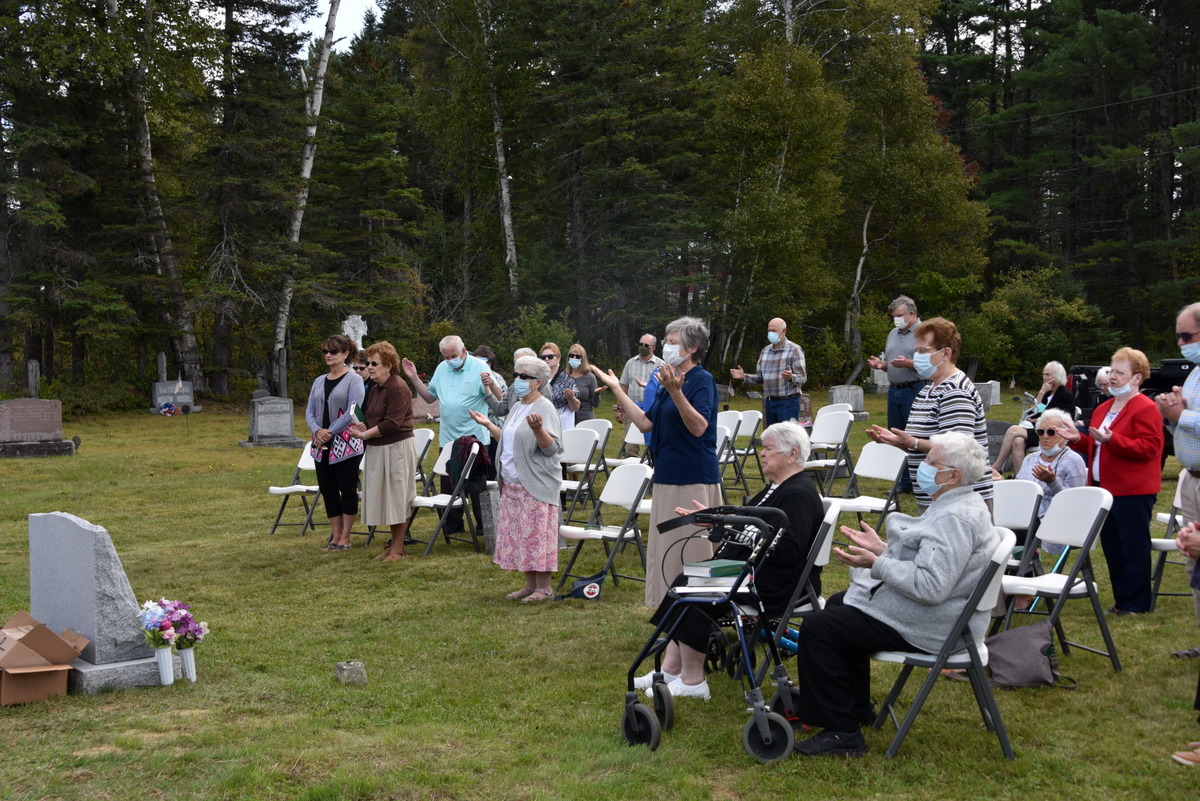 Although the sisters in Fall River ended up going to Saskatchewan (before later settling in South Berwick), others came to fulfill Father Forest’s dream. Classes began just 10 days after the sisters arrived.

“They didn’t have much time to organize themselves, but they were determined to start,” says Sister Janet.

Helpful to the sisters was the fact that French was the native language of many living in the area.  Still, at first, they were assisted by English-speaking lay teachers.  Classes were open to both boys and girls, something to which the sisters had to adapt because they had only taught girls in France. Lessons were originally held in the sisters’ convent, but in 1912, St. Anthony’s Parochial School was added. That was followed in 1941 by Sacred Heart Academy, a high school.

“Sacred Heart Academy was known as the best small school in the state of Maine. It was well equipped with a library, chemistry lab, and home economics lab. Everything that you would see in a bigger school, they had here,” says Sister Janet.

The community grew to 35 sisters, who served 230 students from Jackman and beyond. 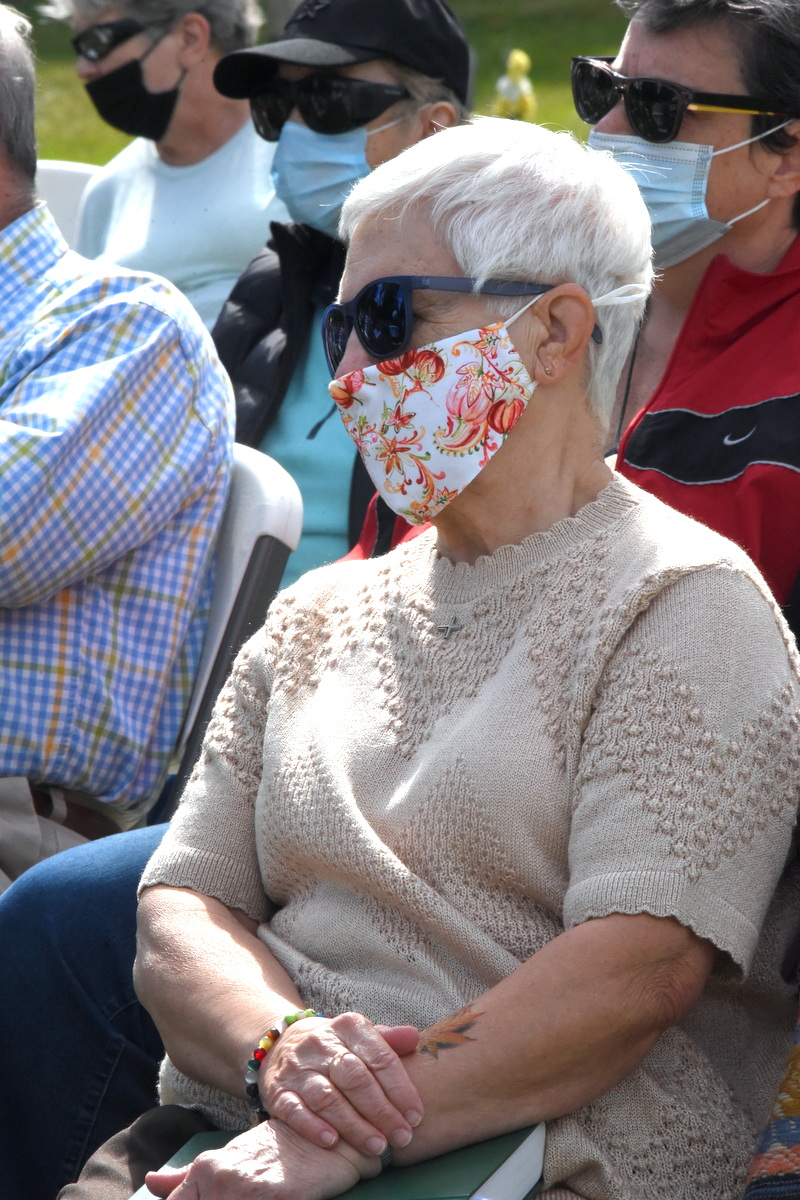 “Some of the boarders were children whose fathers were gone long stretches of the year working in the forests,” says Sister Janet. “Other boarders were from towns and villages outside of Jackman, as well as more distant cities such as Lewiston, Waterville, Bangor, along with locations in northern Maine and Canada.”

Sister Angela Fortier, CSJ, originally from Lac-Mégantic, Quebec, was among them.

“My parents wanted us to learn a second language, so we would have better opportunities in the world, so I went as a boarder at Sacred Heart Academy where the Sisters of St. Joseph were,” she says. “I found them to be extremely wonderful. They loved everybody.”

In 1947, an early morning electrical fire destroyed the convent and boys’ dormitory, forcing students and sisters into the streets. Sister Marcelle Roy, CSJ, a student at the time, remembers the day.

“We saw the building burning. We were right there. We had to finish dressing and go down, but the boys were in their pajamas,” she recalls. “It was terrible.”

The sisters persevered, rebuilding the convent, although they decided to no longer accept boys as students. 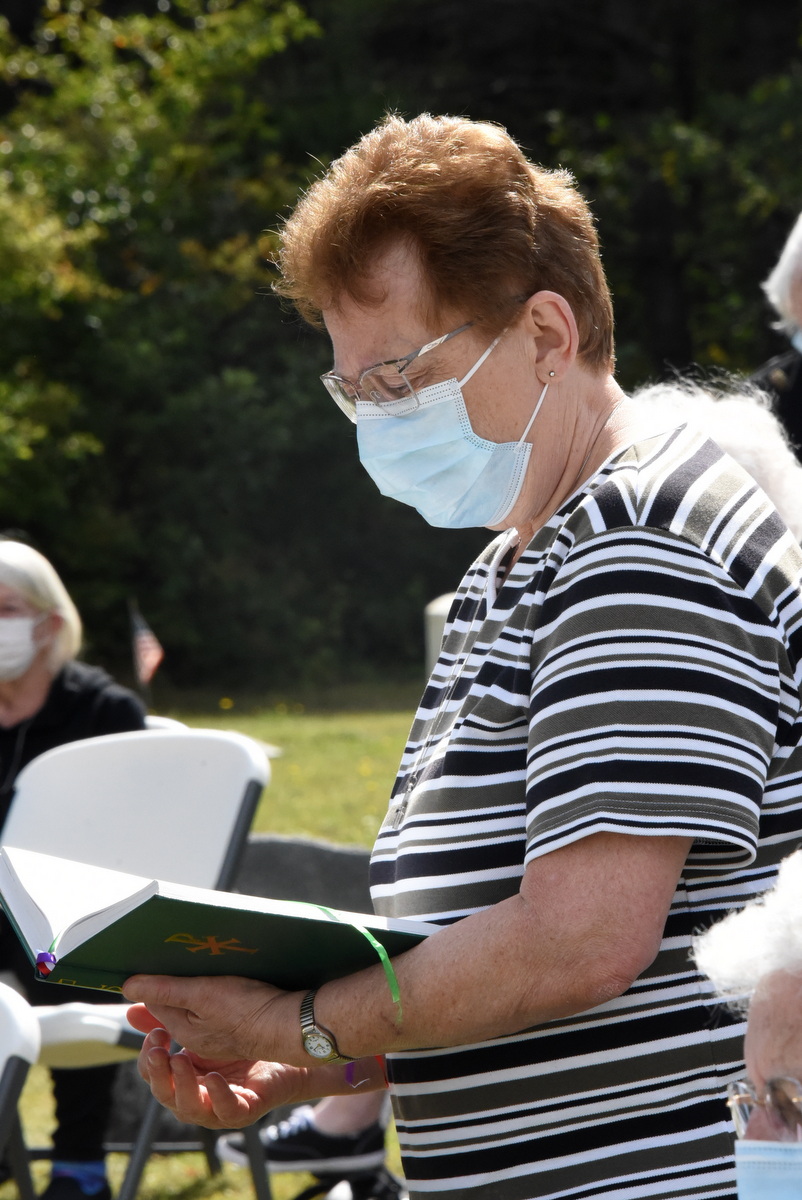 In the 1950s, the sisters expanded into healthcare, converting a former hotel into a small hospital. In 1964, the town and the sisters worked together to build the 10-bed Marie Joseph Hospital, which the sisters staffed until they left the area in 1972, the result of declining numbers. The schools had closed five years earlier.

While nearly 50 years have passed since the sisters left Jackman, their legacy lives on in the many whose lives they touched.

“With all the changes and everything else, my faith is still so strong, and they had a lot to do with that,” says Audet.

“Their spirituality came forth in who they were, in their being. It’s hard to put words to it, but that’s what kind of shapes you,” says Sister Marie Line, who was not only a student but later worked in the hospital with the sisters before discerning her own vocation. “As I continue, that’s my prayer — that just my presence to people can continue to deepen who they are called to be.”