Stories of service from the Mexican border to the Bering Sea

From snowstorms to sandstorms, from temperatures well below zero to those soaring past 100°, two Sisters of St. Joseph of Lyon share stories of their works of service, not in far-reaching corners of the world, but here in the United States. Sister Rita Bujold, CSJ, served in the Diocese of El Paso, along the Mexican border, in the early 2000s, while Sister Angela Fortier, CSJ, served more than 3,300 miles away in the Diocese of Fairbanks beginning in 1989.

“I just loved the work,” says Sister Rita, a Waterville native. “There were wonderful people.”

“I felt that I could do something, that I could help people. I just loved it,” says Sister Angela, a member of the sisters’ Maine community, who is originally from Lac-Mégantic, Quebec.

Sister Angela says her desire to serve in Alaska goes back to her childhood.

“I like winter, so maybe that’s why,” she says. “I remember way back when I was an elementary school student, a sister in Canada had given us some holy cards, and mine was the photo of an igloo with the priest saying Mass. That stayed with me.” 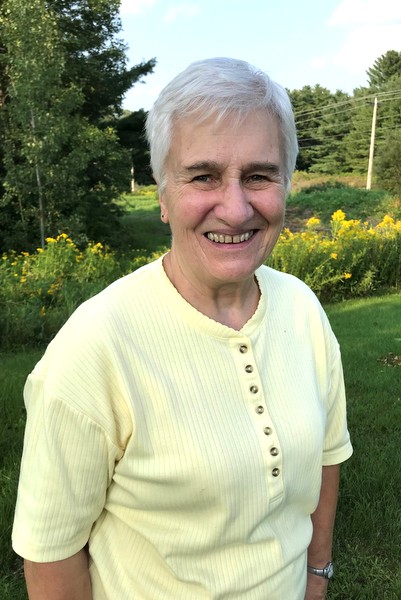 Through the Native Ministry Training Program, Sister Angela was paired with Sister Julie Marie Thorpe, a Sister of Notre Dame de Namur. Together with a Jesuit priest, they traveled among 16 Alaskan villages to train lay leaders for service to the Church. Only one of the villages had a connecting road to the central hub of Bethel.

The involvement of laypeople was key to keeping the parishes vibrant because priests had so much ground to cover.

“The priests had two to three villages to work with, and some had more than that.  My goodness, sometimes we were without a priest for two months,” she says.

In 1990, the Diocese of Fairbanks had a total of 32 priests, serving 41 parishes spread out across nearly 410,000 square miles. In 2021, that number stands at 19 and, similar to here in Maine, the Church in Alaska is being assisted by international priests.

The shortage of priests led to a reliance on permanent deacons.

“Every single village had one or two deacons, and that was very, very important,” she says. “When the priest was not around, we had a prayer service or Communion service, and it was led by the deacon at all times. He did the funerals. He did the baptisms. He did the weddings.”

Before traveling to a village, Sister Angela says they always contacted the deacon first, since they visited when the priest wasn’t present. Once there, they stayed in the priest’s house, using the sleeping bags that they carried with them. After offering training and catechesis for a week or so, they moved on to the next village, weather permitting.

“You always had to go by the weather,” says Sister Angela.

After three years serving the 16 villages, the bishop asked the sisters to go to Hooper Bay, a community of about 1,000 people located near the Bering Sea. There, they lived on the second floor of an old church, with electricity but no running water. 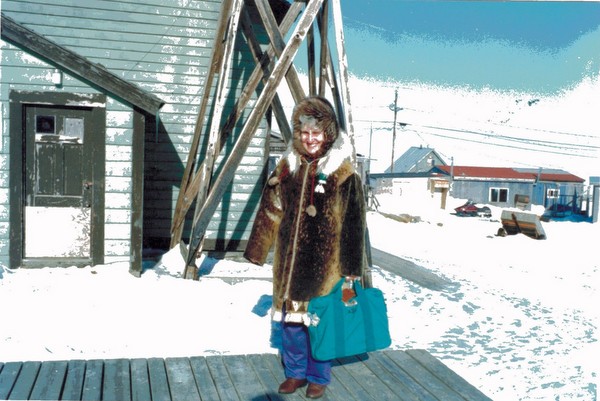 “To do our wash or to take a shower, we had to walk a quarter of a mile to the washeteria,” Sister Angela.

While not ideal, Sister Angela says it did provide an opportunity.

“The ladies were at the washeteria with big washing to do, so that was a way of having a gathering, just to talk and listen and ask questions,” she says. “A lot of our work and ‘meetings’ were done at the washeteria.”

Sister Angela spent a decade in Alaska, work she says she loved despite the difficult, often dangerous conditions.

“It was flat, and it was white a long time. If we went to another village about 20 miles away in wintertime, the men always prepared a trail. They had sticks all over, but you could become disoriented very fast,” she says.

She remembers temperatures once dipping to -70°.

She says the harsh climate has given the Yupik people a deep appreciation for creation.

“I found them to be very, very spiritual,” she says.

Sister Angela recalls once inquiring why the priest had canceled a Mass, only to have him explain that the Yukon River had opened up, meaning the people needed to catch fish to be dried and preserved for the long winter. The priest, instead, went to them to celebrate Mass on the beach.

“I always say God was there before we went there. Way back, when we talked about missionaries, and we said missionaries are bringing God to the pagans, it’s not true. God is there, and He was there much before we were there. They helped me to see God, and we helped them to see God. It was just beautiful.”

Even in the dark days of winter, she says people found reasons to celebrate.

“They get together almost on a weekly basis to learn dances. They have a big, big feast in the middle of winter. They invite everybody,” she says.

Dancing and celebrating were also part of Sister Rita’s ministry at San Lorenzo Parish in Clint, Texas, where there were different but equally vibrant cultural celebrations.

“I just love singing and dancing, so that was right up my alley,” Sister Rita says.

She remembers, for instance, taking part in Las Posadas, a December festival commemorating Mary and Joseph’s journey to Bethlehem.

We would walk at Christmastime. We would walk from house to house and really live out the Posadas, just like they do in Mexico,” she says. 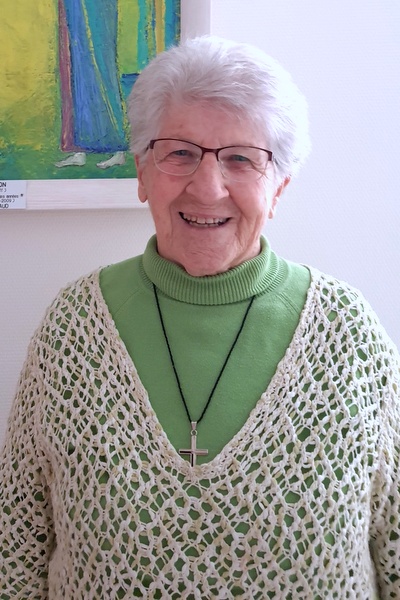 Sister Rita began her ministry in Clint in 2001, becoming part of a Sisters of St. Joseph community that included two other sisters from the United States and two from Mexico.

“We wanted to live with this international community, and we wanted to be a presence on the border,” she says.

Having already had experience working in parishes in Maine, Sister Rita became a pastoral associate, working alongside Father Edilberto “Beto” Lopez, a priest from Colombia.

“It was wonderful to work with this young priest, because he had lots of energy,” she says.

Sister Rita says their goal was to help the rural congregation, which was made of both Americans and Mexicans, become more engaged in parish life.

Although she describes it as a small, country church, she says it was the commitment of the laypeople that turned it into a flourishing community.

“We had plenty of catechists. We had couples involved. We had two choirs. The youth were involved,” she says.

Being on the Mexican border, Sister Rita did not have to contend with long winters like Sister Angela, just the opposite.

“El Paso is very desert-like,” she says. “We would have these sandstorms, and it was terrible.”

It turned out, however, to be good preparation for her next ministry. From 2004 to 2011, Sister Rita served in the West African country of Burkina Faso, work she loved.

“I found a deep faith in God among the people who freely expressed their belief in several ways. The expression ‘Si Dieu le veut’  (‘If God so wills’) or ‘Dieu soit béni!’ (‘Blessed be God!’) could generally be heard,” she recalls. “Church was really the center of their lives.”

She says weekday morning Masses would be full, and a sister’s profession would bring an entire village together to celebrate. People, not time, were the focus.

“The little that one has is shared with those who have nothing,” she says. “I found people lived the Gospel even though they may not always have been aware of it.”

After Burkina Faso, Sister Rita served on the sisters’ general team in Lyon, France, and that is where she now lives. After returning from Alaska, Sister Angela became director of the Living Waters Spiritual Center in Winslow and then pastoral life coordinator at Good Shepherd Parish in Saco. She now resides in Winslow.