"There is Always Time for God." 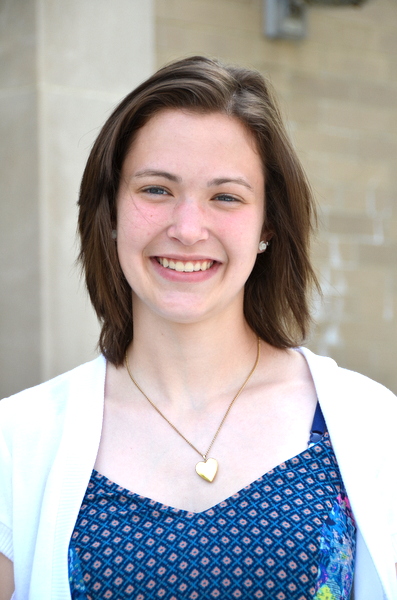 With classes, commitments, cell phones, and social media, where does faith fit into a high school student’s life?

If you ask Lauren Stetson, age 17, she will tell you that the answer is “everywhere.”

“There is always time for your faith. You don’t need to have it just on Sunday mornings at church. You can have it all the time,” she says.

Lauren has long been active in her parish, Saint Thérèse of Lisieux in Sanford. She’s been an altar server for nine years, recently became an extraordinary minister of holy Communion, and has taught faith formation.  She is also a member of the Daughters of Isabella and an active volunteer.

Shelly Carpenter, youth ministry coordinator at Saint Thérèse, says she remembers being struck by Lauren’s spirituality as far back as the second grade.

“You could just tell there was something different about her.  She asked a lot of questions. She was very knowledgeable for a child that age and very inquisitive,” says Shelly, who taught faith formation at the time.  “God had touched her; you could just tell.”

Lauren attributes her faith, first of all, to her home life.  Her mother is Catholic and her father Baptist and both are active in their churches. Lauren was raised in the Catholic faith and attended faith formation classes until transitioning into youth ministry.

She says she remembers that when she was a child, her grandmother would take her to Eucharistic Adoration, something she didn’t appreciate as much then, as she does now.

“I would sit there and think, ‘What am I going to do for an hour? Just sit there?’ But there is so much you can do there,” she says. “It’s a really good time for prayer, time for reflection, for thinking about what you’ve been doing, where you’re going and everything, school, sports.  It’s just a time for just you and just God.” 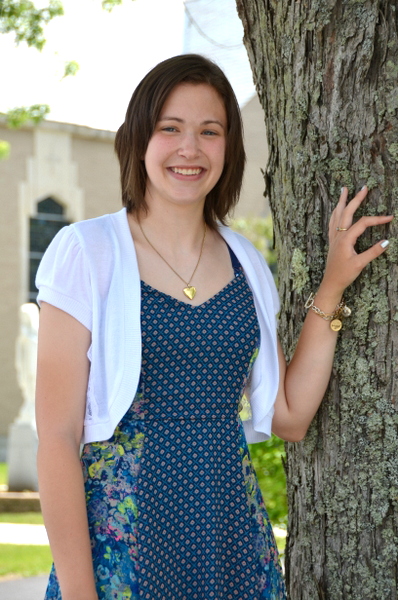 When Lauren was in fifth and sixth grade, she attended the Teopoli Summer Experience, a 10-day program for youth ages 6 to 17 at a Catholic spiritual center in Ontario.  The program combines camping, culture, and theology.

“I didn’t know what I was doing going into it, but I just took so much out of it,” she says.   “I think that was the summer that my eyes were opened to all of this because there was so much I learned then."

Lauren says it led her to become more involved in faith formation and, later, in youth ministry.  When she was in eighth grade, she began teaching faith formation herself, originally to pre-school children and then to first graders.

“I love it.  You don’t think you can learn a lot from seven-year-olds, six-year-olds, but they’re really awesome people.  They just sit there and talk and are really cool,” she says. “They have questions that you wouldn’t think to think about, that just never occurred to you.   It’s really interesting because it’s weird knowing that you were once at that point, but you just kind of left it there. You didn’t carry that curiosity through.”

Despite Lauren’s active involvement, she says a couple years back, she still found herself struggling both emotionally and spiritually.

“I kind of had a rough patch two years ago, and I was trying to find people whom I could relate to, to see if you could still have a faith and still be a normal person, if that sounds o.k.  I just needed to know that there are people my age who could make it work for them.”

She ended up finding her way not by steering away from her faith but by turning towards it. 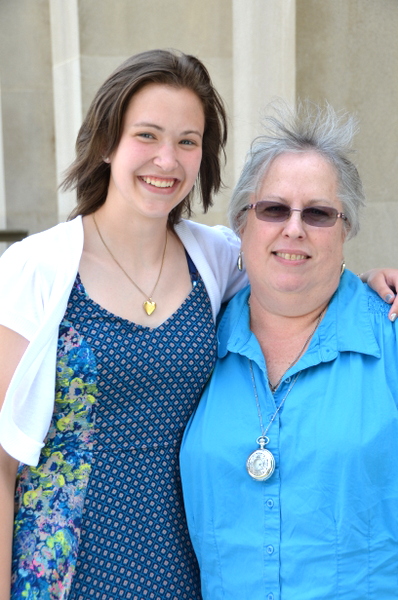 Last summer, she attended New Evangelization Week (N.E.W.), a youth program focused on discipleship and evangelization, which is sponsored annually by the diocesan Office of Lifelong Faith Formation.

“It was amazing…just to see the people and how they use their faith every day,” she says. “It’s an interesting week because you’re with all these people, and you’re socializing, and you’re getting to meet people all the time and learning about them, but at the same time, it’s so deeply personal. You learn so much about yourself, things you didn’t know about yourself, your own views on different topics.”

Following her attendance at N.E.W., she decided to apply to become a member of the diocesan Catholic Youth Leadership Team (CYLT), which helps plan diocesan youth events including the Journey retreat and Convention.

“I think it started out as something I needed,” she says. “I needed a group of people whom I could relate to, just surrounding me, so I would have a support system, but it turned out to be so much different.  I didn’t think that I would have the effect that I had on other people.”

She says she went in expecting to be somewhat of a wallflower, but it wasn’t long before her participation began to grow.

“We did a lot with Journey, and that really helped me understand a lot of stuff.  I was a small group leader for a group of freshmen girls, and I was one of the prayer partners we had, where people would pull us aside and just ask to talk with us. That was nice.  I kind of opened up a little there, but then we started planning for Convention, and it started getting crazy.”

Lauren was a member of a subcommittee in charge of decorations, music, and organizing the opening banquet.

“There was a lot of bonding, first of all, because you spend a lot of time with those four or five people. Then, you have a lot of time to get your own thoughts in.  It was really cool because a lot of your thoughts would work with other people’s,” she says. 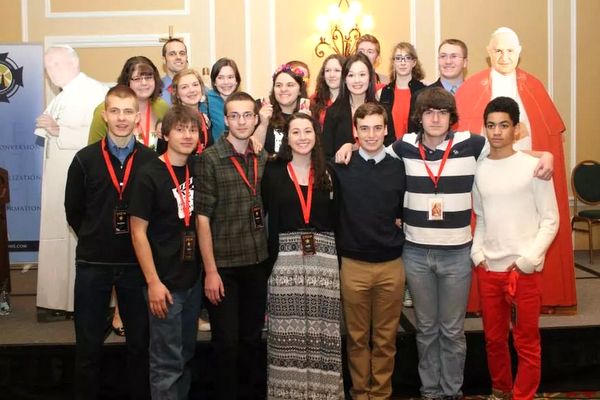 The theme for this year’s Convention was “Lights, Camera, Action!” and Lauren says one of the skits that hit home for her was when CYLT members took on the roles of actors who were portraying the parts of saints.  Lauren, who plays the French horn, chose Saint Cecilia, the patroness of musicians, who was martyred for her faith.  Lauren says she learned from studying Saint Cecilia how to use “what you’ve been given to spread the word of God, spread your love, and to receive it from others.”

She says she also discovered, “It’s not just now that people struggle with keeping their faith as a huge part of their lives. It’s being going on for a long time. I didn’t realize that, but it’s just amazing seeing all these different people you could relate to that you didn’t know about before.”

Lauren says she was also struck by the example of Saint Maximilian Kolbe, who was sent to Auschwitz during World War II and volunteered to take the place of a young husband and father who was among a group of ten men chosen to die by starvation.

“That was just amazing how he could go through that and still keep the faith,” she says.

Her experiences at N.E.W. and CYLT were just what Lauren needed.

“It definitely did what I was hoping it would. I learned a lot about my own faith, about the faith of others. I learned how to make it, kind of, work for me in my everyday life, especially seeing so many other people my age having it (faith).”

Lauren says she now understands that, although it’s not always going to be easy, that doesn’t mean you should push your faith aside.  Her advice to other teens who might be struggling is to seek out others with similar values.  She says there are many of them out there, including her friends from CYLT with whom she still keeps in contact.

“Every once in a while, you will just get a text saying, ‘I’m praying for you. God bless you.’’’

Lauren is headed to the University of Maine at Farmington where she is planning to study secondary English education with the goal of becoming a high school teacher.   She has already looked into campus ministry there and has no doubts that her faith will remain strong amid the pressures of college life.

Shelly is confident as well.

“It’s all about your attitude, your mindset, and just remembering there is always time for God.  Just because you’re not somewhere where you’re constantly surrounded by reminders, you can still keep God there or bring God there,” says Lauren.  “Before, I would wake up every morning, and I would say my morning prayers and then go to school. and it was school. There wasn’t any room for God there, at least that’s what I thought. And now, I’m keeping God in mind everywhere.”