Rediscovering the Joy of the Family - Harvest 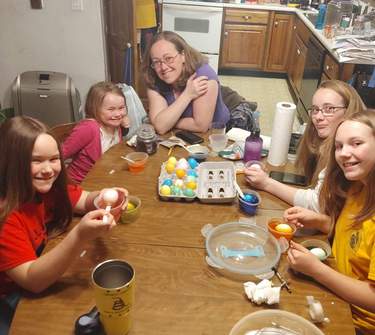 Living rooms have become office spaces. Bedrooms have doubled as classrooms.  Calendars once packed with can’t miss softball games and dance recitals are suddenly empty. A lot has changed and been lost due to the COVID-19 pandemic, but amid the sorrow and the sacrifice, it has perhaps also been a time for reevaluating and rediscovering what we hold most dear: our faith, our family, and our friends.

“We have time to connect more. Having four girls, we’ve had a very busy life and a very busy schedule, and we’re usually on the run. It’s really given us an opportunity to slow down and make different choices,” says Gayle Martin, a mother from the town of China.

“The virus and all that we’re going through, yes, has brought us closer together,” says Amy Dugal, a mother of two from Presque Isle. “It’s just made us reevaluate our priorities a little bit.”

In his apostolic exhortation Amoris Laetitia, Pope Francis stresses the importance of family life. It is in the family, the pope says, that “we learn closeness, care, and respect for others.” Pope Francis expresses his belief that “every day, the family has to come up with new ways of appreciating and acknowledging its members” n. 276.

But how often, with the demands of today’s world, have families struggled to carve out time to spend with one another.

“My son plays hockey, and he is in karate, and there is a swimming lesson probably thrown in there. And my daughter does dance and was actually part of a cast this year, so she had a lot of extra practices and does other things, too. So, we were always go, go, go,” says Amy. 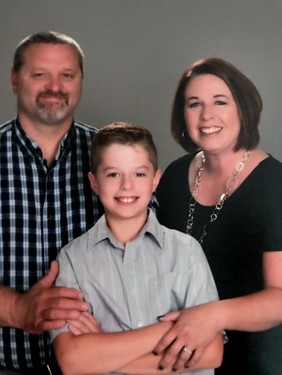 “Before this, we had no time for dinner.  He (her son, Matthew) would go to his grandmother’s after school. We would pick him up. One of us is going this way. The other one is going that way. We would meet up at a baseball game or a basketball game,” says Iris Pelletier, from Caribou.

Now, however, with fewer places to go, families have the gift of time and togetherness. Iris, for instance, recalls the hourlong drive she, her husband, and her son took to enjoy nature and view the deer that abound in springtime.

“We got in the car and went to Ashland to see God’s country and then came home and watched Mass afterwards. It was kind of cool, something we wouldn’t have done in normal times.  We would have all been busy doing our own thing or doing yardwork,” she says.

Using Zoom, Amy says she reconnected with friends she hadn’t seen in years. She has also learned how to bake bread.

“During the weekend, I’ll bang out a loaf and everyone loves it,” she says. “It’s going back to basics.

Haley, Gayle’s 15-year-old daughter, built a box drum with her father, and is also teaching herself to play the bass.

“The bass was a gift from Father Phil (Tracy), and Father Phil was actually the one who baptized me, so I think it’s kind of a cool connection,” she says.

Lea Andrew, from Winterport, is enjoying having her 21-year-old twin daughters home from college. Maria attends Husson University in Bangor, while Julia goes to Saint Joseph’s College of Maine in Standish.

“I feel like we’ve reconnected on a couple of different levels, so that has been really nice,” Lea says. 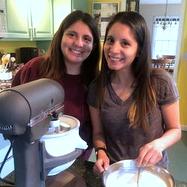 They found plenty of things to do together, thanks to an activity jar that Lea created. The three wrote ideas on little slips of paper and put them in the jar. When they’re looking for something to do, they pull one out.

“We’ve been doing things like finding the third most recent photo in your phone, and we have to guess what it is and then tell us the back story.  We’re just sort of making things up and doing stuff,” says Lea.

“Some of them are a little weird, but some of them I’ve really liked. We made lemonade, which was really good. We did a paint and sip,” shares Julia. “We also made homemade tortilla chips.”

“We still have a Wii at our house, the gaming console from years ago, and I came up with Wii Olympics,” says Maria. “I think we might do some of the Wii sports like tennis or bowling.”

Although finishing the school year at home wasn’t ideal, Maria and Julia both say they appreciated the additional time with their mother.

“Julia and I are both getting older and are at the age where we’re probably going to move out at some point, so it’s nice to have this time together,” says Maria.

Even household projects, finally being checked off to-do lists, have turned into opportunities for families to bond.

“Julia and I cleaned the deck, so we could stain it. We were out their chatting. I’m an occupational therapist, so most of what I do is doing things through activities,” says Lea. “You’re not sitting in a room questioning them about what is going on and what’s happening; you’re just casually chatting over scrubbing the deck.”

And when household tasks are done together, they often become less of a chore, something Amy and her husband, Jeffrey, discovered when it came time to rake the yard. 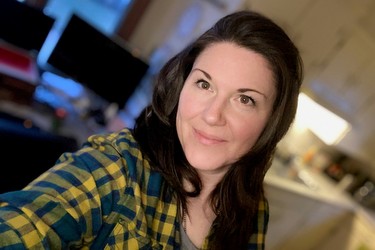 “It got done in a half of an afternoon, instead of one person spending all day,” Amy shares. “The kids probably weren’t so thrilled to grab a rake and come out, but they did, and when they were out, they were fine. We all did it, and we were all together, spending time together.”

“We probably don’t have a whole lot to talk about because we don’t have all separate activities, and we’ve been together all day, but you know, the games bring us together,” says Amy.

The pandemic has also brought back another tradition -- the family meal.

“That’s one of the biggest changes. We have supper together every night,” says Gayle. “It’s a good time to get together and to decompress, to chat, to tell stories.”

“I had dinner with my family maybe once or twice a week. Now, it’s every night, and my dad makes a big deal out of cooking us ribs on the smoker and really good food,” says Haley. “Being able to hang out with my family is really cool.”

“What I have enjoyed these last few weeks is that more people have been home for family dinner. With teenagers, half the time, someone is working or is out at this event or at that event, so sometimes, family dinners can be a little scattered, as much as we want to have them,” says Daja Gombojav, from Palermo, the mother of nine.

Daja has long emphasized the value of family meals, seeing them as sacramental.

“You realize how many times Jesus sat down with people to eat. He even gave us the Eucharist in the context of supper, so when you sit down and eat with people, it opens up people’s hearts to share things and to connect with one another,” she says. “It happens almost automatically.” 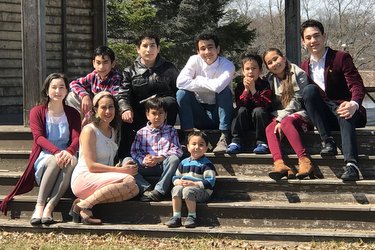 “I think it’s really necessary when you’re away from the sacraments to increase your prayer life, (for instance) praying things like the Divine Mercy or the rosary multiple times or even small prayers like the Memorae or increasing your devotion to a particular saint,” says Israel, age 17.

“In this time, it’s kind of just doing it a little bit more often,” adds Meg, age 18. “We’ll sit down and pray the rosary, and we’ll say a special prayer before we eat.”

“We’ve actually had a good time connecting with other families, praying the rosary through Facebook Live,” says Daja.

The Hail Mary is also a prayer recited more than ever in the Pelletier household.

“Everybody was saying wash your hands for 20 seconds and say the alphabet or sing Happy Birthday. I thought, no, what better time to say a prayer. So, I said to my husband and my son, every time we wash our hands, let’s say a Hail Mary,” Iris says. “By the time the day is over, you’ve said a complete rosary.”

The Pelletiers also placed a Divine Mercy image on their front door.

“Just seeing it when we walk in at night, it helps me to remember to be thankful and to pray.  I do anyway, pray, pray, pray all the time. I pray for everybody who has (the coronavirus) and I pray that my family doesn’t get it,” Iris says.

Maria has stayed connected to her faith by participating in Bible study led by the current head of REIGN, a Catholic student association that Maria founded at Husson University.

“We talk and reflect upon our faith, and we really get to dive deep into the Scriptures,” she says. “It’s very helpful to be able to talk to God, especially in times like these. It’s a sense of love.” 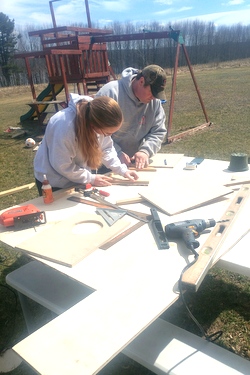 These parents and siblings will tell you that with full households, it’s not always easy. Conflicts do arise, something Pope Francis acknowledged when he wrote, “Love coexists with imperfection” (n. 113).  Nevertheless, treasured memories are being made.

“Yes, my siblings drive be insane sometimes, but it’s been really cool. I’ve been able to have tea parties with my little sister. We watch movies every night,” says Haley.

“It’s been nice to say, ‘Hey, Saraa, let’s go paint something together.’ Or, ‘Lucas, let’s go play a game,’” says Israel, about his younger siblings.

These families look forward to the day when the coronavirus is no longer such a threat, but they also hope that when that time comes, they will carry with them some lessons learned.

“It’s really made me, as a mother, stop and think about what’s important,” says Amy. “I hope to bring it into the future, to just reevaluate how much running around and how much home time we have.”

“Being able to get perspective and think about our activities and choose wisely – I think that is something that, in the future, we’ll have to really work on,” says Gayle. “I didn’t realize how much we were missing.”