A Plea to Choose Life 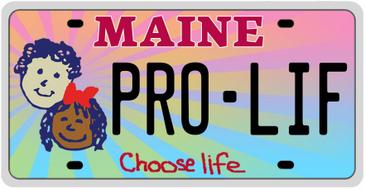 Choose life. It’s a message that three men have been working to bring to others for decades.

“I am just very strongly pro-life, believing God has called me to do this,” says David Alexander, a member of St. Michael Parish in Augusta.

“I love doing it because I think it’s what the good Lord wants,” says Ron Stauble, a member of Corpus Christi Parish in Waterville.

The men have advocated for the protection of human life through prayers, pleas, pamphlets, and participation in peaceful protests and vigils. Now, they hope to put their lifesaving message front and center by putting it on the back and front of cars and SUVs.

“In the USCCB’s pro-life action plan, they have a statement about committed laypeople being involved, and one of their objectives was for an educational effort directed towards the general public,” explains Alexander. “What better educational effort to help develop pro-life attitudes than a pro-life license plate.”

“We believe it would be a strong promotion for pro-life,” says Roland Bergeron, a member of Immaculate Heart of Mary Parish in Auburn. “I don’t believe the majority of people who say they’re not pro-life understand what abortion is. And that is where the problem really lies. We have to start by putting it in front of people’s faces, so they can see and think about it. We’re hoping the Holy Spirit will hit them when they see that.”

Maine has several specialty license plates supporting charitable causes such as animal welfare, the fight against breast cancer, and conservation, among others. Proceeds from the Choose Life plate would benefit the state’s pregnancy support centers, which offer free ultrasounds and other services to women, both while they are pregnant and after they give birth.

“These centers, which rely on donations, have a lot of overhead to cover, either from rent or property taxes, utilities, property maintenance, and then the supplies for the expectant mother,” says Alexander. “They provide these women with counseling, formula, baby clothes, anything and everything."

“It would help them so much. It would give them a steady income, so they could help more women,” says Stauble. “They help them with diapers and clothes. They have sessions with them, and they bring them to God. That’s an important thing, too, so important.  They bring them that peace with God.”

The proposed license plate would feature the images of two smiling children with the words Choose Life.  The message is designed to be a powerful but subtle one. 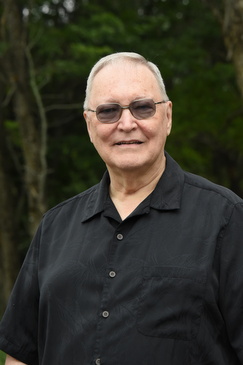 “If you’re at a stop sign or a red light, and you see this person in front of you has this plate, you might ask what it’s all about or seek to get more information on it,” says Bergeron. “You never know how something like that might work."

“Imagine if you will for a second that you have one of these license plates on your car. You’re sitting at a stoplight and there is a woman in a car behind you. She’s pregnant with an unexpected pregnancy. Who only knows what her friends and the culture are telling her? And she sees this license plate with a very gentle message: “Choose Life,” along with the images of two innocent children. That may be just the seed needed to get her to think that there is a real baby inside of me.  Maybe that was all she needed to convince her to keep her child.”

More than 30 states have Choose Life license plates. To move the process forward in Maine, Alexander says they need 2,000 prepaid orders at a cost of $25 each.  He says once that total is reached, the Maine Bureau of Motor Vehicles can then bring it to the state legislature for consideration.  If the legislation passes, those who preordered will receive vouchers for their new license plates.  If it isn’t approved, people will be refunded their money.

The drive to get the needed initial orders has been difficult, stretching on for nearly a decade.

“You get to a point where you say, ‘Wow, is anybody interested in this?’ And yet, we’re not going to give up because this is so important,” says Bergeron.

“It’s just a matter of God’s timing for this to happen,” says Alexander. “I’m not giving up on this because I believe I was called.”

That feeling of being called is something the three men share. Bergeron says, as a single man, he knew little about abortion but decided to research it after hearing members of his prayer group often pray about it.  What he learned troubled him.

“Do you know what abortion is? It’s the taking of a human life,” he says. “It is terrifying.” 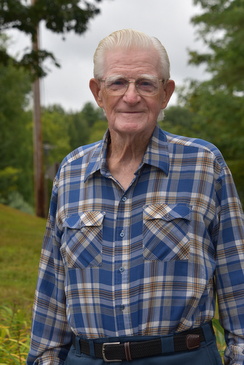 Stauble’s involvement goes back to the passage of New York’s abortion law in 1970.  Living there at the time, he was moved by images he saw of garbage bags being used to dispose of dead fetuses. He would go on to become an active member of Operation Rescue, which held protests at clinics around the country in the late 1980s and 1990, including one in Vermont that resulted in protesters being detained for three months. Today, at age 87, you can still find him outside the Maine Family Planning’s Augusta clinic every Thursday morning.

“We set up a display, and then, if anybody stops, we give out literature or DVD’s. I’ve given out many, many of them. Thank God, they have saved a lot of lives. The good Lord has opened their hearts,” he says. “I tell them, ‘Take the literature and make an informed choice.’”

Alexander says, for him, the call goes back to his conversion to Catholicism.  Raised in the Protestant Church, he says he turned away from religion when he was in his 20s, becoming an atheist.

“I used to think that religion – whether Catholic, Protestant, Jewish -- was all superstition,” he says.

“I went through 23 years or so wrapped up in that, thinking God was a fairy tale and that abortion was no big deal,” he says. “It was just a condition, and the condition could be terminated. I gave no thought to what was actually inside a woman’s womb.”

His change of heart began after his first wife, a practicing Catholic, died from ovarian cancer.  She was suffering greatly, until one day, Alexander says he went downstairs to find that she had passed away while sleeping on the couch.  Thinking about her death a few days later, he remembered how peaceful she looked.  He also realized that she was lying in a position nearly identical to that of a woman in an old painting they had. The painting depicted a woman with blonde hair, like his wife’s, wearing a nightgown, her left arm folded back. She was gazing upwards towards an angel, with doves floating around the woman's legs. 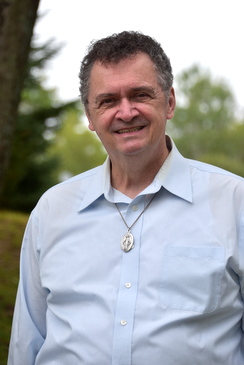 “It was as close as someone could be to a person in a 100-year-old painting,” he says. “That morning, that living room was so bright, whereas it was usually very dark because of the dark ceiling. Putting it all together, I knew in my heart of hearts, God was in my living room that morning taking her home. I knew then that God was real.”

It led him to participate in the Rite of Christian Initiation of Adults at a church in Anaheim, Calif., where he was living at the time.  He says the priest who baptized him, the same priest who celebrated his wife’s funeral Mass, was a strong pro-life advocate.  He also remembers seeing a bulletin announcement about a Life Chain that was being held from the church to a Planned Parenthood clinic. He says it made him rethink an incident years earlier, when, in response to pro-abortion bumper stickers he had on his car, a man behind him held up a picture of an aborted baby.

“I thought he was a sick man, but now, I knew who was the really sick person. It was me,” he says.

He says those bumper stickers are why he believes the license plates will make such a difference.

“People see it. It sticks in their minds,” he says. “I know my own bumper stickers, years ago, that were pro-abortion, had a way of turning on me when God was starting to call me to the faith.”

The three men hope that if the license plates become a reality, they will lead people to seek answers and discover the truth.

“From Saco to Fort Kent and over to Calais, people are going to see this plate,” says Alexander.

They ask for your support and your prayers.

“We need help,” says Bergeron. “You have to pray to the Holy Spirit. He is the one who is going to help us out with this. There is no doubt about it. It’s definitely the power of prayer.”

For more information or to apply for a Choose Life license plate, visit the Choose Life website at http://mechoose-life.org.  You may also call 207.272.6883. While the initial $25 payment goes to the state, $10 of every renewal would go to pregnancy support centers.  In addition to the 2,000 preordered plates to begin the process, Alexander says within two years, that number must double to 4,000.