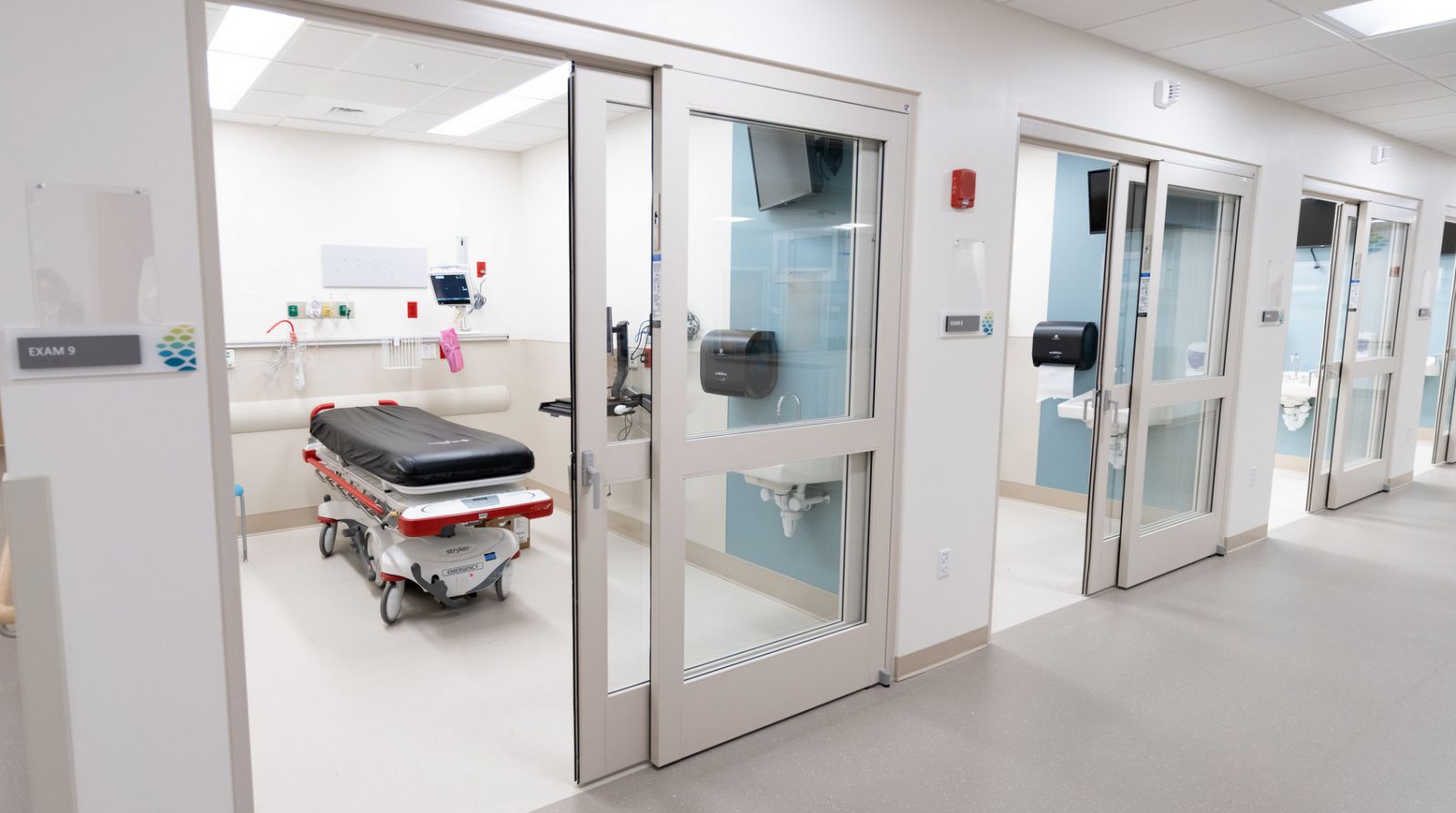 Northern Light Mercy Hospital in Portland has completed a consolidation project more than 13 years in the making. On January 4, Mercy moved its emergency department from its State Street hospital to its Fore River campus, signaling the end of 79 years of service at one and the beginning of a new era at the other.

Plans to relocate the hospital from its downtown location to property along the Fore River go back two decades. The first phase of the project, which included a 152,000-square-foot hospital and a medical office building, was completed in September 2008. However, financial constraints put the rest of the project on hold, leaving Mercy’s services split between two main campuses.

While the delay was disappointing, Therrien says there ended up being a silver lining.

“We had the opportunity to look at where is healthcare now and where is it going in the future,” he says.

When work began on the second phase of the project in March 2020, it was with the knowledge that many medical procedures no longer require a hospital visit or stay. The result was a state-of-the-art campus designed for flexibility and accessibility, with a hospital building smaller than originally foreseen.

“We no longer have to put everything in one big hospital,” says Therrien. “The image that we’re trying to portray is more like a college campus rather than a hospital campus.”

Included in the second phase of the project was a 55,000-square-foot addition to the hospital, a new outpatient specialty and surgery center, and renovations to the existing medical office building.

The added hospital space is home to the emergency department, located on the first floor, and an observation unit situated nearby. The intensive care and intermediate care units are on the second floor, and the inpatient, medical unit is above that. The hospital has 77 beds, similar to what existed before the consolidation. One change that was made, however, was having more rooms with optimized airflow, a response to the COVID-19 pandemic.

The emergency department, like the rest of the hospital, features private rooms, an improvement from the curtains that used to separate patients. The rooms are large in size, ensuring medical teams have plenty of room to work. The new emergency department also includes covered access for ambulances, an area where drivers can drop off people seeking treatment, and nearby parking.

“People don’t need to navigate parking out in a lot somewhere. They can just pull right up, drop off, and then park,” says Edward Gilman, Northern Light Mercy Hospital communications director.

Those visiting the outpatient specialty and surgery center or the medical office building will find the same easy access. 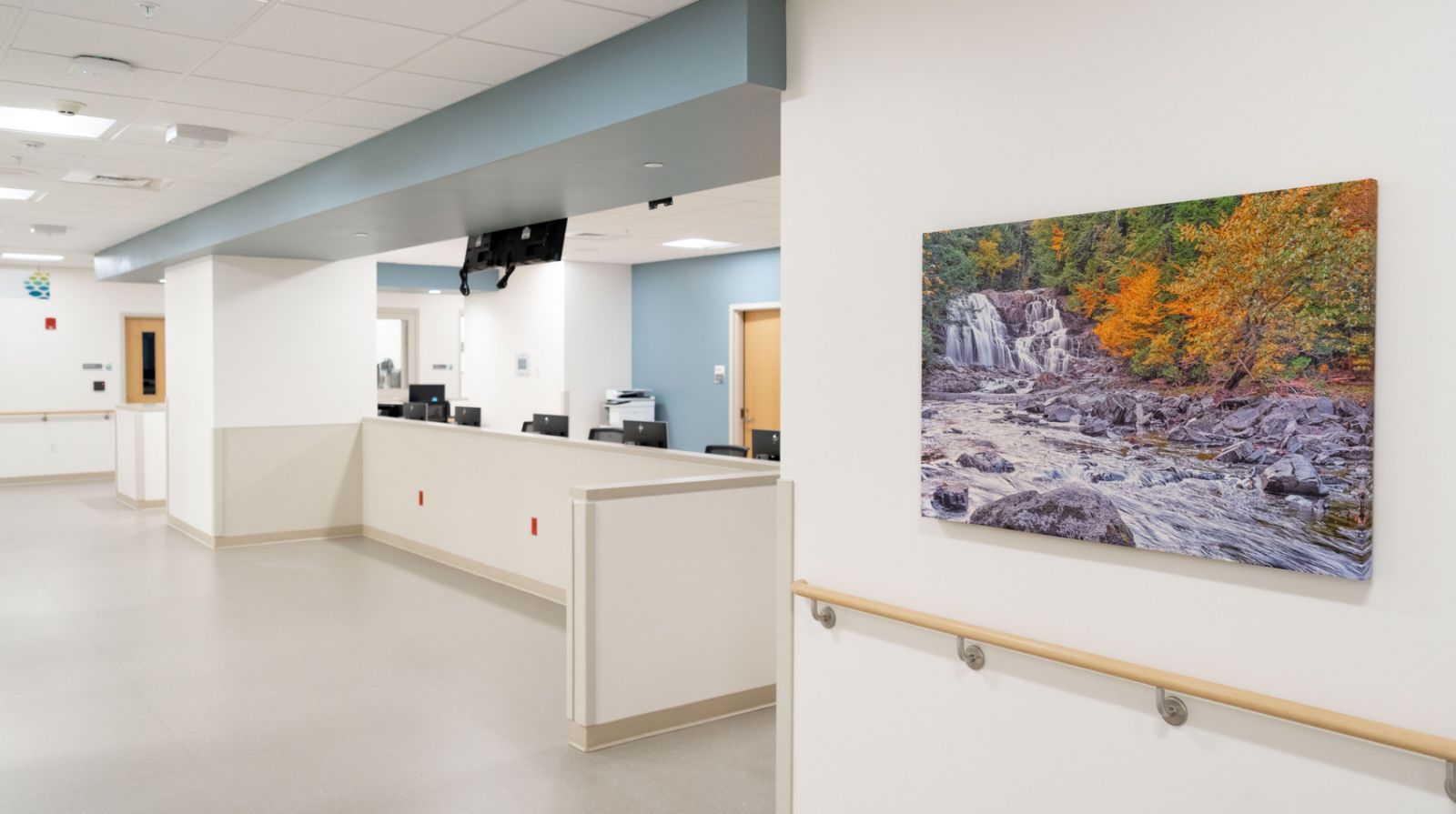 “For example, if someone just needed to come in for an outpatient imaging service, they would go right over to the medical office building, park in front, and walk in and walk out easily. They wouldn’t have to go in and get directions through the hospital corridors to get to the right place,” says Gilman.

Located in the outpatient specialty and surgery center are gastroenterology services, a wound and hyperbaric medicine practice, and an endocrinology and diabetes practice. The latter will eventually shift to the medical office building, which currently houses outpatient imaging, cardiovascular care, and a pain management center.

The cost of the second phase of the consolidation project was $83.4 million. Funding came from the hospital’s resources, the sale of the State Street hospital to housing developer NewHeight Redfern, and a $20 million capital campaign.

“We’ve been very humbled by the support we’ve gotten for the project,” says Therrien.

While the move to the Fore River campus begins a new chapter in Mercy’s history, it is one intended to build upon the past, not leave it behind. Gilman says throughout this time of transition, the Sisters of Mercy, who founded the hospital with the Diocese of Portland, have offered guidance, wanting to ensure that the focus remained on the Mercy mission of doing the healing work of Christ.

“The sisters have gone out of their way the last few months to make sure that we, as a larger team, understand that the mission of Mercy and the Sisters of Mercy is not about a building or about a place but about the people,” says Gilman. “We’re not leaving Mercy. We’re bringing Mercy forward.”