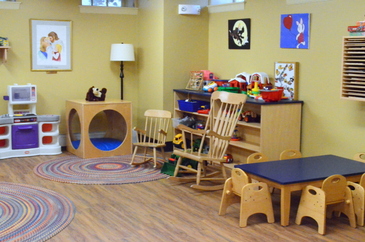 That is how Melissa Skahan, vice president of mission integration at Northern Light Mercy Hospital, describes the gift that the McAuley Residence in Portland has been to hundreds of women and children since it was founded by the Sisters of Mercy 31 years ago.

“There is nothing like changing the trajectory of a family,” she says.  “It’s just an amazingly beautiful thing to watch, and we get to see it over and over again.”

Established in the spirit of Catherine McAuley, who opened the first House of Mercy in Dublin, Ireland, in 1827, the McAuley Residence first sought to help any woman who was vulnerable, whether the result of domestic violence, mental health concerns, or other issues.  Then, six years ago, with the devastating effects of the opioid crisis becoming increasingly evident, the hospital shifted the focus to specifically address that need.

“We were beginning to consistently see women who were actively using heroin, who were pregnant, and the discharge would be potentially to an unsafe or not good environment.  So, it was during that time, when we were evaluating the program, that we were presented with an opportunity to develop a comprehensive, two-generational approach, with the focus on families affected by substance use disorder,” Skahan says.

The McAuley Residence takes a highly structured, holistic approach to empowering the women they serve to become sober and self-sufficient, beginning with providing them with a safe, stable environment. Skahan says the women who come to them often have been using substances for 10 years or more and have undiagnosed or untreated mental health issues.  In many cases, they have also been victims of sexual assault or sexual trauma as a child. 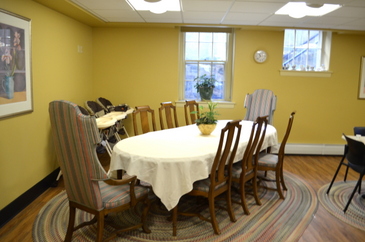 “When women enter McAuley, they often are in a state of homelessness or, for women, what that usually looks like is couch surfing,” Skahan says. “Very often, they will not even have eye contact. Their sense of self-worth is really impacted. The first phase of our program consistently reinforces that they are worthy. That’s very much a part of what we do.”

Tanya, who arrived at the residence at the end of 2012, remembers the difference that supportive approach made for her.

“They just helped me feel safe there, enough to really work through so much trauma and pain that I never really wanted to open up about.  They just had the right mixture there of staff who were really well qualified and other women who were also fighting for their lives,” she says. “They really created an environment where it was just focus on yourself. It was amazing. I hated it at times. I did not like the rules at times, but it totally changed my life.”

Before her stay at McAuley, Tanya says she had been in an out of group homes and recovery programs, since being removed from her home by the state when she was 15.

“I grew up in a very dysfunctional family. I tried to get sober many, many times and just found that I did not have the stability to remain sober,” she says.

She says a lack of financial independence resulted in couch surfing, often with friends who drank and used drugs.

“After four years of that, I was very exhausted, and my addiction got pretty bad. I was physically sick, and I pretty much just had to do something different,” she says.

Shortly before entering McAuley, she says she had become a heroin addict. Scared for her life, she committed to doing a 12-step program, and it was then that a woman told her about the McAuley Residence and invited her to attend a meeting.

“I instantly was like, this is really, really nice,” Tanya says.

Although there were no immediate openings, Tanya continued to attend meetings, and when one of the residence’s 15 apartments became available, she was accepted into the program.  She recalls the day she moved in. 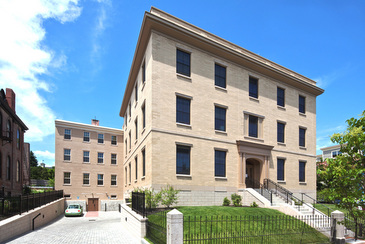 “There were two staff members working there, and one of them showed me my room, and it was this huge, beautiful room, this whole apartment, with a kitchen, a tub, a bedroom, a living room,” she says. “I remember crying so much because I had never been given something like that.”

Tanya describes the program as “incredible right from the start.”

“The support – the staff understanding of addiction, of domestic violence, of abuse – they really understood it in ways that other therapists and case managers I’ve seen have not fully understood.  A lot of people judge women for not leaving abusive men. That’s a common thing. Why didn’t you just leave? And the McAuley House has never, ever, ever taken that stance in my experience,” she says. “The approach, I felt, was very loving and understanding, and it allowed me to open up with them, and trust them, and actually get help.”

The McAuley Residence assists women age 18-65, many of them mothers of young children, through a three-phased program.  The first phase is heavily focused on treatment. There are regular group sessions, as well as substance abuse counseling, mental health therapy, and medical treatment.  The women also learn life skills such as cooking and managing finances.

“Much of the work we do at McAuley is around capacity building. We want women to be poised to address any issue that comes their way,” says Skahan.

During the second phase, women are expected to resume schooling or get jobs.  Is it also during this phase that family reunification takes place if the women have been separated from their children. Northern Light Mercy Hospital partners with Opportunity Alliance, which provides parenting coaching, and Sweetser, which works to address trauma within families.

“The issues with children are so much more complex today,” says Skahan. “I never thought that I would, in my lifetime, see an actively suicidal five-year-old with a plan. I didn’t even think that was possible, but the level of trauma can be very high.” 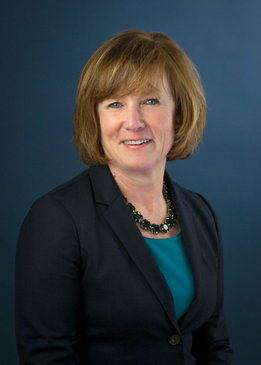 Skahan says McAuley ensures the women have a say in their child’s care.

“So much of what we do is educate mom and empower mom to be deeply involved,” she says. “We want to make sure the right set of interventions are there, but we want to make sure that they’re not dependent on McAuley, so as families leave us, they still have access to a wide array of services.”

Phase three is that time when women transition out of the program.  Working with a housing coalition called Project Home, McAuley helps the women find apartments.  Additionally, Community Housing, which owns the building where the residence is located, has 23 additional units there that the women may rent if available, something that benefited Tanya.

“I got an apartment within that building, which was awesome to be close by.  It’s not too, ‘Oh you’re out on your own now.’ I could still come to dinner and groups and volunteer,” she says.

Skahan stresses the importance of continuing to support the women once they leave. Staff members do home visits, and alumnae are always welcomed back for meetings or meals.

“I always tease people that once you’re a part of McAuley, it’s for life,” Skahan says.

And it is an approach that works.  According to Skahan, 80% of the women remain sober once they leave, and 95% of families remain reunited.

Tanya has now been sober for six years and is engaged to be married.

“I feel like they jumpstarted my life,” she says.  “I don’t want to think where I would be if it wasn’t for them.”

The McAuley Residence has been so successful that it’s being used as a model for a state program, under the heading “Integrated Treatment and Recovery Services for Families.” The legislature passed a bill allocating more than $1 million to establish two residences for mothers and children impacted by substance abuse.

Skahan says Northern Light Mercy Hospital and its partners will be among those seeking to operate the homes.

“It would be a privilege to do this work in a broader sense,” she says. “I think we would look for some geographic diversity, so potentially one in the Bangor area.”

The McAuley Residence currently serves women from all parts of the state.

Mercy is working on its RFP (request for proposal), which must be submitted to the state by March 11. It expects a decision soon after because the new residences are expected to open July 1.