Living for Christ in the World 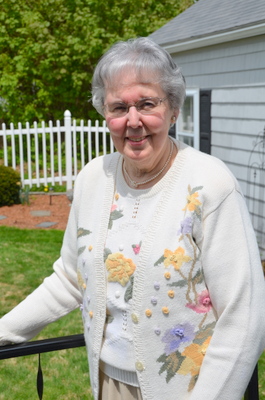 Beatrice Caron says she is confident that she is following the path that God laid out for her.

“I know I’m in the right vocation,” she says.

Ever since making her first Communion, Bea says she felt a call to religious life, and as a teenager, she seriously considered joining a community of women religious.  However, she found, instead, that her call was to a different form of consecrated life, as a member of a secular institute.

Bea calls secular institutes, “the best kept secret in Catholicism.”  They started to emerge in the late 19th century, but it wasn’t until 1947 that Pope Pius XII opened the Church’s arms to them in his apostolic constitution Provida Mater Ecclesia.

In 2014, Pope Francis expressed his support for secular institutes, calling their establishment by Pope Pius “revolutionary,” and telling members, “You have done great good for the Church.”

There are 30 secular institutes in the United States and more than 200 around the world.  Like religious communities, each bears its own charism, derived from the spirituality of its founder or foundress. Each also has its own constitution and period of formation for members. Those who belong to secular institutes are not, however, professed religious who live in community. They are, in most cases, single laypeople, who are called to dedicate their lives to Christ while living and working in the world.  Some secular institutes also welcome priests, who wish to embrace a particular charism, along with their priestly promises.

Bea is a member of the Oblate Missionaries of Mary Immaculate, which is open to single laywomen. The charism of the institute is “a constant availability to the will of the Father to live everywhere the charity of Christ through service, with the help of Mary,” and she says it is in that spirit that she approaches her daily life.

“We are people of service,” she says. “That is really a hallmark of my life, to be a person of service. Wherever there is a need, I’m there.”

Bea says her first apostolate was at the insurance company where she worked for 35 years.  She says she always “gave the best service to policyholders,” while also being a mentor to some of the young clerks in the office.  She remembers a coworker complimenting her, telling her she set the tone for the entire office. 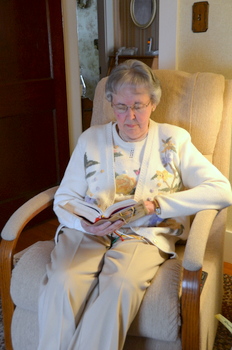 After retiring, she cared for people who were sick and dying, feeling called to be by their side.

As an extraordinary minister of holy Communion, she not only distributes the Eucharist but prays for the people as they come to receive the Body of Christ.

And when her institute has needed her, Bea has accepted leadership positions, including being the current president of the United States Conference of Secular Institutes.

“When you’re given a responsibility, it’s not for yourself. It’s not about power. It’s to lead, to lead appropriately,” she says. “I don’t talk much, but I listen. That’s a good gift for a leader. You listen. You ask a question. You draw from people.”

Bea also volunteered to be treasurer when Notre Dame de Lourdes Church in Saco was opening a credit union, was a reader at Mass, and was an adorer at the perpetual adoration chapel in Saco.

Oblate Missionaries of Mary Immaculate live out their spirituality in what they call a formula of 5-5-5.  The first are five times of prayer: Mass, meditation, the liturgy of the hours, the rosary, and a review of the day.

“You review your day as to how you responded to whatever came your way,” she explains. “Did I welcome people? What could I have done better?”

“If you really live in the presence of God, if you are a person of service, and if you’re really a peacemaker, then you’ll be less tempted to complain and criticize,’ Bea says. “If my first attitude is the presence of God, how can I criticize? I’m not perfect. I slip, but at least you have this as your guide.”

The third are five conscious acts of charity done each day.

Members of all secular institutes also embrace the evangelical counsels of chastity, poverty, and obedience. Bea says the vows are not a burden, but rather, they give her a sense of freedom. 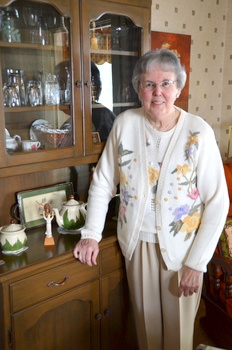 “Obedience, I’ve never had any problem with authority, so it’s an easy vow for me to live,” she explains. “The vow of chastity and celibacy, it frees me to love everyone. It’s not always easy to love everybody, but it’s possible with the grace of the vow.”

She says she lives out her vow of poverty by responding to need, rather than want and by giving of herself to others.

“So, I’m not poor because of poverty, I’m rich, because it teaches me something.”

While Bea renews her vows yearly and could leave the institute, she says she has never considered doing so.

“When I first made my vows, in my heart it was for my life. It was for life, and if you talk with any Oblates, they’ll tell you the same thing.  It’s a total commitment.”

Bea says she receives a lot of support from other members of the institute and tries to provide the same to them.  She regularly corresponds, for instance, with members in Canada, Cuba, India, Ireland, Italy, and Vietnam.

“We can call on anybody, and if they can help us, they do, and if they can’t, they refer us to somebody else,” she says. “We assure that each member feels unconditionally accepted and loved.”

She says that love and care for one another is in evidence whenever they gather together.

“It’s as if we haven’t seen each other in ten years, and yet, it’s like we saw each other yesterday with no break in between,” she says. “We’re a joyful people. We’re a hopeful people. We are united. There is definitely unity, hope, caring. We can count on one another.”

And she knows that she can always count on God.

“I really do believe that God will take care of me,” she says. “Faith, trust, those are the key words in my life.”