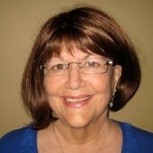 Mary, the Mother of God

As you read this, another new year has either just begun or is rapidly approaching.   The Church actually pays very little attention to the beginning of the new civil year.  The feast we celebrate on January 1 is not really connected with New Year’s Day.  The feast is that of Mary, the Mother of God, and is said to be the oldest feast of Mary in the Church, celebrated on the octave day - the eighth day - of Christmas. You can force a connection and I and other priests have sometimes done so in our homilies on this day.  But this connection was not envisioned when the feast was established.

Now, I have said that it is the oldest feast of Mary, but that isn’t actually the whole story.  The doctrine of Mary as Mother of God, first officially declared at the Council of Ephesus in the fifth century, was not first of all a statement about Mary.  It was a statement about Jesus.  The question was: Is Jesus one thing or two things?  Is his humanity just a front, a face, or was He really human?  Was Mary merely the bearer of the physical, human shell in which God came to reside or did she actually give birth to the one who is God?  Was Mary merely the mother of the human Jesus or the mother of God?  Is Jesus a unity or some sort of dualistic being?  Our faith tells us and this feast celebrates the unity of Jesus: truly both God and man.  God really became true man and this man was truly God.

That said, in time, of course, the Church began to reflect on what this would mean for Mary and then for us.  What does it mean to be the mother of God?  Obviously it means that she was Jesus’ biological mother.  And while I do not want to minimize the importance and significance of that physical role, being a mother is more than just something biological.  True motherhood implies a special and unique intimate relationship.  I once heard someone say that your mother is the one person who has and will think of you every day -- even from before you were born.  Motherhood implies a relationship that is loving and self-sacrificing and devoted.  Mary was all of that to her son, Jesus.  Her life was intertwined with His in a way that is truly unique in human history.  There is a bond between them in a way we can only hope for.  She was the first and most intense disciple.

It is at that point that we come into the picture.  While we can never be mother of God in the unique sense that she was, we can open ourselves to an ever deeper and more intensely personal relationship with Jesus.  We can strive for a bond with Jesus that, while it can never be the same as hers, it can attempt to mirror hers as much as possible.  Our lives can certainly all become more intertwined with his.  We could become more loving and devoted to Jesus, more intensely disciples.  If you are the kind of person who makes New Year’s resolutions, that would not be a bad one. To become more personally committed, as Mary was, to Jesus, her son.