Serving in the spirit of Catherine McAuley 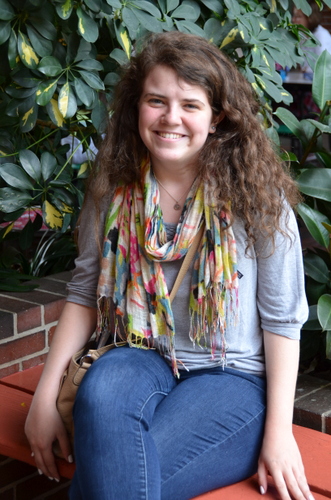 With studies, sports, and social activities, high school students’ schedules are often packed full.  Joan Fasulo, who recently graduated second in her class from Catherine McAuley High School in Portland, certainly knows what that is like.

“I’ve been sleeping a lot since graduation,” she jokes.

But no matter how busy this 18-year-old’s schedule becomes, Joan always makes sure there is time in it for service.  Her extensive volunteer work recently earned her a Rotary Youth Leadership Award.

“When you see the people who need help, it’s kind of hard not to want to help,” she says.

Joan says she was raised in a household where service to others was a way of life.

“I think my mother and father taught us to give back.  My mother has always volunteered, and they did a lot of work in churches when we were younger."

She recalls, for instance, at age four, accompanying her parents to the Ronald McDonald House where they were weekend managers.  Joan began volunteering there herself when she was a high school freshman, working a few shifts each week.

“I cleaned and cooked, because it was usually around dinnertime after school, and I manned the desk, did paperwork and projects, and stuff like that,” she says.

Joan says her family experienced firsthand the value of the Ronald McDonald House when she required heart surgery as an infant.  The house, located in Portland, provides a place for families to stay while loved ones are in the hospital.

“It gives a lot of support for all the people going through similar things. You know, they’ll see each other, and they’ll talk,” she says.

She says chatting and sharing with the families was her favorite part of serving there. “You hear a lot of stories.  There were people there from all different walks of life,” she says.

During summer vacation, Joan also volunteered at Camp Sunshine, a camp in Casco for children with life-threatening illnesses.

“I just signed up to be a volunteer, and I said, ‘Just put me wherever you need me,’” she says.  “I went there for a week. I worked the nursery and the ‘tot lot,’ so it was children from zero to age six.” 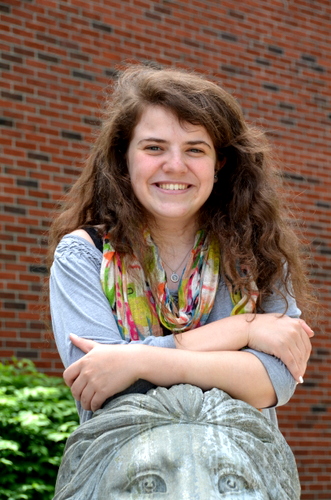 A few times each month, Joan also lent a hand at the Good Cause Thrift Shop, which sells clothing and other goods.  Proceeds go to Catherine McAuley High School, and the shop also provides direct assistance to a number of area agencies including Preble Street and the Ronald McDonald House.

“My mom used to volunteer there, so I went there.   I went sometimes when she was there when I was younger, and then I did it more,” she says.

In addition to the influence of her parents, Joan says Catherine McAuley High School creates an environment where service is encouraged.

“Catherine McAuley, herself, was a service lady, and they try to emulate that.  We have our service weeks, and everybody had to do a mandated, certain number of hours. There are ample opportunities for you to volunteer and give back.”

She says there is a great sense of community at the high school, which makes it less intimidating to join clubs and take part in activities.

“They always make everything fun.  Everyone is, at least my class was, really close, so I like that a lot. And the teachers are really accessible,” she says.  “I think they encourage you to get a lot more involved than you would be.”

During her years at McAuley, Joan tutored a student from St. Brigid School, was a member of the National Honor Society, participated in Mock Trial, was co-captain of the Math Team, and was vice president of the Social Action Club.

Her interest in social justice issues led Joan to spend the high school’s service days at Preble Street, which serves those battling hunger and homelessness.   It also prompted her, during the summer of her sophomore year, to participate in John Hopkins University’s Center for Talented Youth (CTY) Civic Leadership Institute.   The service learning program held in Berkeley, California, combined academics with community action.

While at the institute, Joan volunteered at the Boys and Girls Club in Oakland, did door-to-door canvassing for the Sierra Club, served breakfast through The Catholic Worker Movement, served at a shelter for displaced women in San Francisco, and helped sell Street Sheet, a small newspaper published by the Coalition on Homelessness.

“You get 30 copies, and you sell them for one-dollar a piece, and that’s your income,” she explains.

Joan describes selling the newspaper as an eye-opening experience.

“When we sold Street Sheet, people were so mean because they thought we were homeless.  They wouldn’t look you in the eye,” she says. “I’ve never really experienced anything like that, so it was different to walk in somebody else’s shoes.   It was only for a day, but everybody in the group was pretty shaken up.”

She calls the institute a turning point.

“It just clicked. We had speakers come in and talk to us and stuff,” she says. “You weren’t just doing work, you knew people; you were learning all these things.”

Joan plans to study public policy when she attends the University of Virginia this fall. She says she would either like to become an environmental lawyer or do non-profit advocacy work of some kind.

She says she feels Catherine McAuley High School has prepared her well for the future, and says there is a lot she will miss.

“I’ve had good friends and just been close and had fun,” she says. “It’s so hard to explain what the special qualities of McAuley are.  Unless you experience it, you don’t get it.”