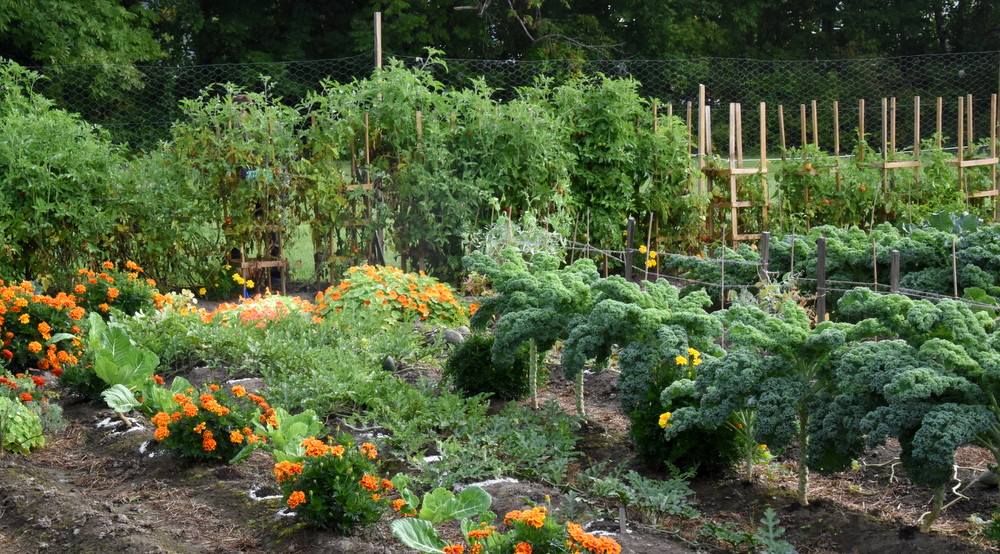 The early morning fog is just starting to lift, but Frank Cuff and Karol Phillips are already hard at work snipping Swiss chard and plucking cherry tomatoes. The two are among a group of St. Michael’s parishioners who, from May to October, diligently tended a community garden located outside St. Francis Xavier Church in Winthrop.

“Working outside, working with my hands and being able to contribute back to the community was really what drove me,” says Frank.

The garden was started by Father Arokiasamy Santhiyagu, HGN, who served as a parochial vicar at St. Michael Parish from 2015-2020, but this spring, it took on new life. Looking for projects that would tie into the Catholic Climate Covenant and the principles of Pope Francis’ Laudato Sí, the idea for an expanded community garden took root.

“That was our vision at the beginning of the year — to kind of have a program through the seasons to help us care for our common home and get folks involved in the community,” says Frank.

Before planting, the parishioners found out which vegetables would be most useful to area food pantries and which would grow best in Maine. 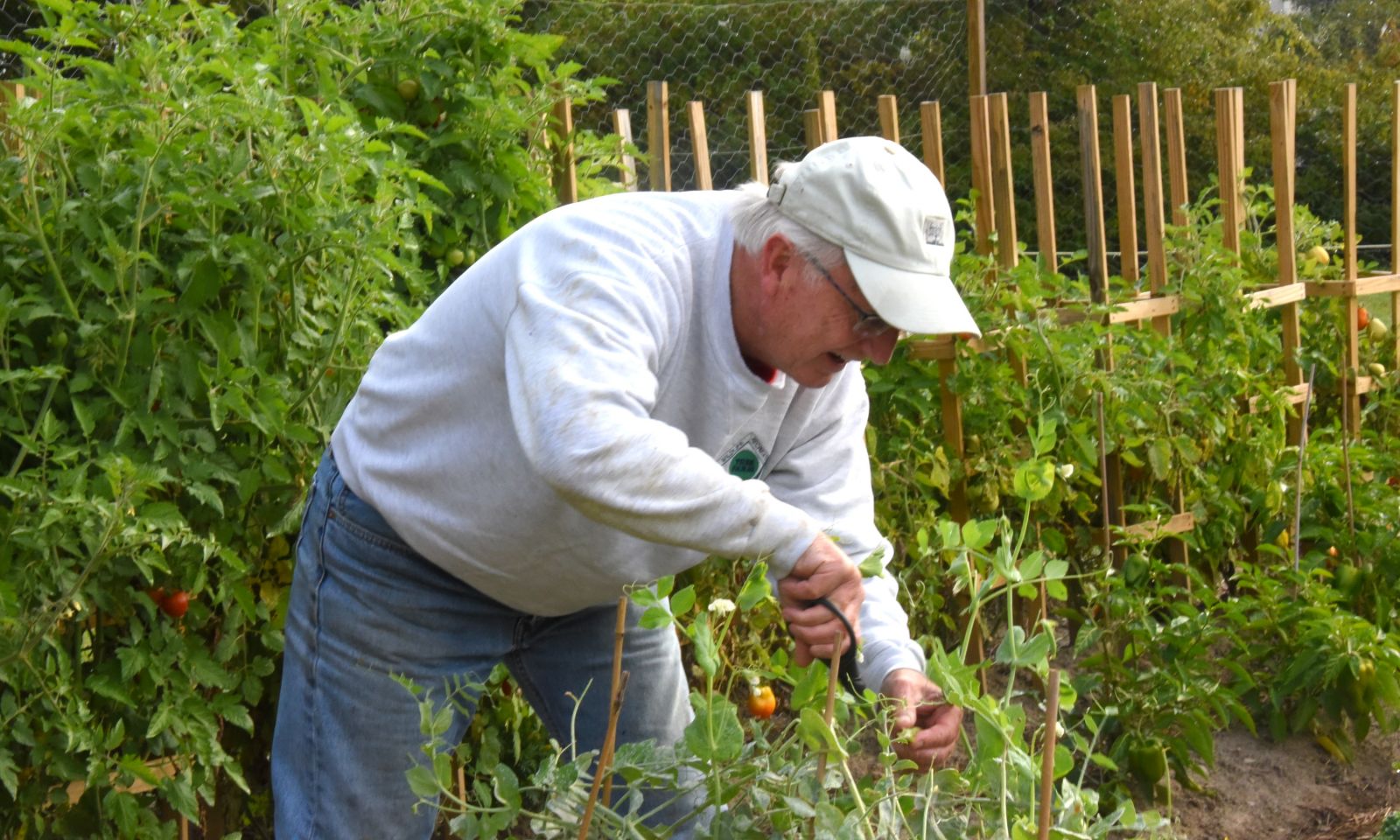 “We actually did some soil testing to see nutrient levels and Ph levels so that it would fit with what we planted. We’ve kept everything very organic,” says Frank. “We’ve used natural pest control, compost, and natural fertilizers.”

“They planted seeds and seedlings, and they helped during the week that they were there, so that was great,” says Frank.

The results were impressive. The 2,000-square-foot garden produced nearly 800 pounds of vegetables.

“Look at this chard, it’s beautiful, and the kale is awesome, and the tomatoes,” says Duane Phillips, Karol’s husband, who mans the washing station. “We used to count the tomatoes, and I stopped. I got to 500, and I had to stop,”

“This project has turned out really amazing,” says Karol.

Nearly everything harvested was donated to the Chrysalis Food Pantry in Gardiner and the Winthrop Food Pantry, which together serve nearly 200 families every month.

"We greatly appreciated those food donations," says Bev Bernald-LaPlante from Chrysalis Place. "The produce was wonderful."

"The fresh vegetables just mean the world to us," says JoEllen Cottrell, executive director of the Winthrop Food Pantry. "Obviously, we have a lot of canned goods, and to be able to give our people fresh produce is quite a treat.”

JoEllen says fresh produce is especially appreciated because of its nutritional value and because it can be expensive to buy.

“A lot of people don’t necessarily have access to it — if they’re elderly, if they’re living in an apartment or a condo and they don’t have either the ability to garden for themselves or the space to do it,” she says.

“We live less than 10 minutes away, so we can pop in and do work whenever it’s convenient and when the weather permits,” says Karol.

“It’s a natural fit,” says Duane. “It’s a church project, and I help out at a food pantry anyway, as does Karol.”

“I have always enjoyed that kind of work and if I can do it and make a difference to an issue that I think is really important, then that is why I wanted to get involved,” says Frank. “Hunger is an issue that has always been on my mind. It’s something that I think we need to continually address.” 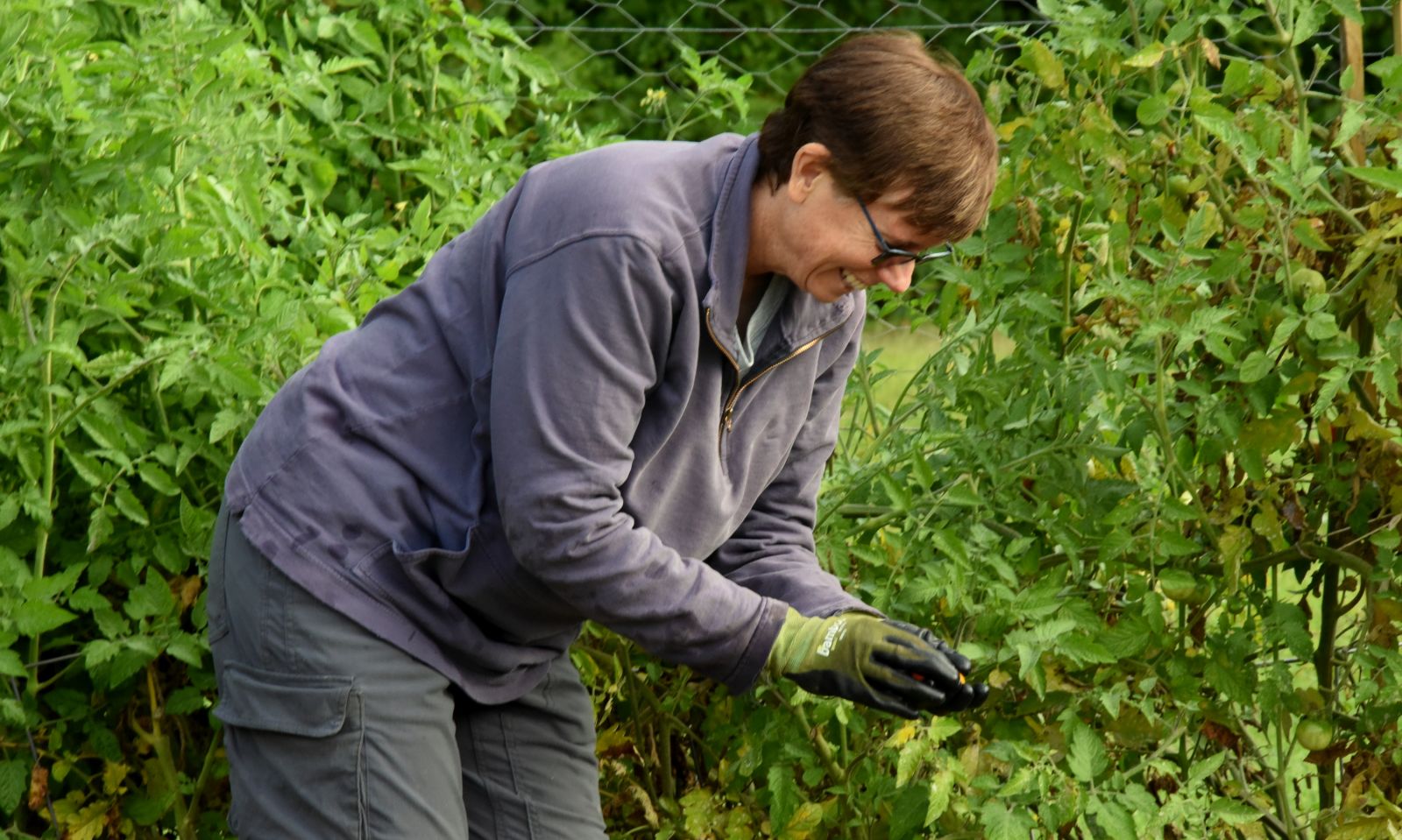