A history of brotherhood and service 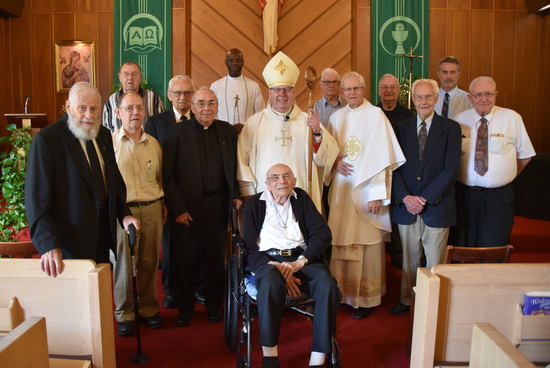 Two hundred years ago, two men with a shared vision formed a community that changed the outlook for youths throughout the rural parts of France.  With a missionary spirit, their work soon spread beyond that country’s borders, touching lives around the world, including many in Maine.

“Looking back, I think we can take pride in all the good we’ve done and celebrate some of the good we’re still able to do with the support of the clergy and our lay friends and associates,” said Brother Jerome Lessard, local superior, who has overseen the Brothers of Christian Instruction’s Alfred community since 2009.

This past August, member of the Brothers of Christian Instruction, along with lay associates, women religious, and Knights of Columbus commemorated the congregation’s founding with a Mass celebrated by Bishop Robert Deeley.

“We gather today to give thanks for two Catholic priests of the 19th century in France,” Bishop Deeley said. “Fathers Gabriel Deshayes and Jean-Marie de la Mennais were part of that great movement of faith following the French Revolution, a time of grave turmoil in France and in Europe.”

During the French Revolution and its aftermath, religion was under attack.  Father Deshayes, already in seminary at the time of the revolution, had to be ordained on a nearby island where the bishop was in exile.  Returning to France, he celebrated Mass and the sacraments in secret to benefit the faithful. 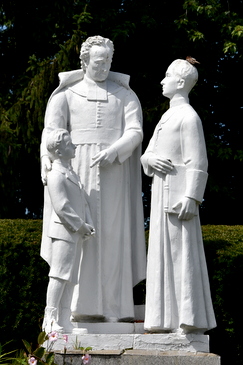 Father de la Mennais was ordained after the revolution but at a time when the Church was still in disarray.

Both men devoted themselves to rebuilding the Church and to meeting a grave need for better education for youths.  They met in May 1817, seeking help from the Brothers of the Christian Schools, founded by St. John Baptist de La Salle. When that didn’t work out, they resolved to establish novitiates for men who would follow the example of the LaSalle Brothers. It would lead to the founding of the Brothers of Christian Instruction on June 16, 1819. Just two years later, brothers were already teaching 2,000 students.

“Our founders were overwhelmed by the desolation and the neglect of the young people of their days. They gathered around them a community of simple, good, barely literate adults who were generous enough to dedicate their energies and talents to the children of the small isolated villages where others did not dare go. And these men created for young people settings of welcome, growth, education, and faith,” said Brother Mario Houle, the provincial, who traveled from Quebec to attend the celebration in Alfred.

In the 1880s, the brothers faced a new trial when the French government secularized public schools, allowing only lay teachers. In the early 1900s, the situation further deteriorated when parliament forced the dissolution of all religious institutes.

The moves led the brothers to continue their work elsewhere. Canada and the United States were among the beneficiaries. In 1886, the first brothers arrived in Canada, and in 1903, they established a school in the United States, located in Plattsburgh, N.Y.

In 1931, the brothers bought 350-acres in Alfred from the Shaker community, establishing the Notre Dame Institute. It became the central house and formation center of the province. In 1951, La Mennais College was founded there, but it was later moved to Canton, Ohio, becoming Walsh University.

Young men in formation in Alfred often taught at the brothers’ schools in Maine, including ones in Biddeford, Sanford, and Waterville.  That is where some of the brothers currently in Alfred came to know them. 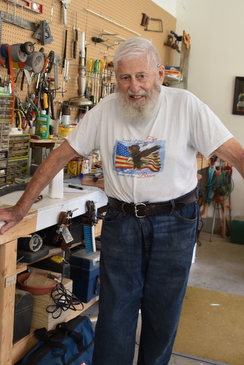 “My first year with the brothers at St. Louis School, it was the sixth grade, and the teacher was very good. I appreciated him,” says Brother André Millette, FIC, who is from Biddeford.

“I liked the brothers. They were excellent teachers, and they were all young, except for the principal maybe,” says Brother Jerome, who attended school in Waterville.  “Being taught by a younger brother who was maybe 21 or 22, they were very energetic and made classroom learning very interesting. It really turned me on to education.”

“I had brothers as teachers at St. Francis School in Waterville. I came in the seventh grade, and I had Brother Andrew. He was very active, and he played with us on the yard, so that was impressive,” says Brother Daniel Caron, FIC. “I liked the brothers, and I admired them, and I thought that I would try to see if I could join them.”

Back then, the brothers say it was common for young men completing middle school to be invited to join the congregation.

“It was very traditional that four or five, especially the top students, would be invited to come here to do their high school. It was part of the formation program,” explains Brother Jerome. “Technically, if you came here, you wanted to be a brother, but at age 14, who knows?”

But many did go on to become brothers and educators.

Brother Daniel remembers that at first he dreaded teaching because he was shy, but he came to love it.

“I’ve been very happy. I couldn’t ask for better,” he says. “I hope that I influenced the students by my attitude, by my respect for them, and by example.” 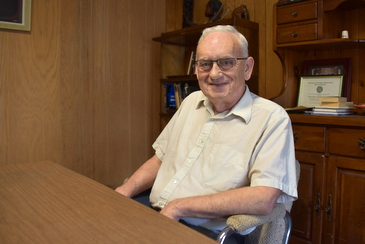 “Chemistry, especially, you can make it very interesting. I did a lot of demonstrations,” he says. “I loved that stuff.”
Brother Jerome also taught in Fall River and Plattsburgh, as well as in Alfred, in Detroit, Michigan; and in Ohio, including at Walsh University, where he worked with adults returning to college to complete their degrees.

“I remember some people who did high level work, but they couldn’t get the salary because they didn’t have the qualifications,” he says. “That was very interesting work. These are adults who wanted to finish, who wanted to go to school.”

Brother André also taught in Fall River and Alfred, as well as at St. Louis School in Biddeford and St. Ignatius School in Sanford.  He says he mostly taught math, and science, but brothers had to be open to anything, which, for him, included directing the band and driving the bus.

“What I enjoyed about teaching, it’s not the teaching itself; it’s the friendships we made with the kids,” he says.

Brother Jerome says being a brother not only gave him the chance to mentor others but to expand his own knowledge as well.

“The opportunities for education were excellent,” he says. “I still get excited when I go on college campuses.” 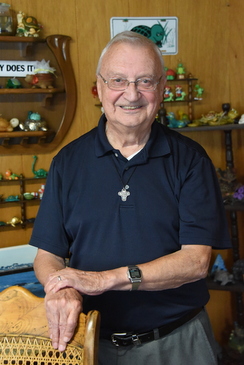 The brothers’ continue to learn through spiritual reading, a gift which Brother Jerome says he is privileged to share as the lecturer for St. Thomas Council 13861 of the Knights of Columbus.

“I tell the Knights that my job is to make Jesus known and loved, so if every talk I give is something about Jesus, don’t be surprised. That is my charism,” he says. “What I appreciate is that every time I read a book there is always something that says, ‘How come I didn’t catch that when I read the Gospel?’ You would think after 60 years, I would know everything about the Gospels. No! There is still a lot to learn.”

The brothers’ spiritual lives are also continually enhanced through daily prayer, Mass, adoration, and meditation. The brothers meditate using a method that Brother Jerome describes as “creating the scene.”

“You take a Gospel passage, and you put yourself in it, either as an observer or as a beneficiary of Jesus’ miracle or teaching.  Then, you try to think about the lesson you get,” he says.

While the brothers’ presence in the United States is now limited to the community in Alfred and to Walsh University, they continue to prosper in other parts of the world.  They serve in 25 counties, including Uganda and South Sudan, communities the brothers in Alfred support. They are currently helping to build a school there.

“Every year, they add a grade. They’re up to sixth or seventh,” says Brother Jerome.  “This year, we are raising money for their kitchen.”

The brothers say while they face uncertain times ahead, they continue to put their trust in God.

“You always have to have some confidence and some hope,” says Brother Daniel. “It’s all in the hands of God.