Providing relief and hope with compassion 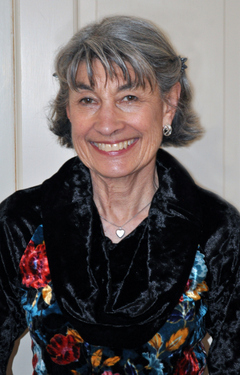 Over the past 10 and a half years, Julie Abbott has heard hundreds of people share stories of struggle. Some have worried about heating their homes, others about paying their electric bills or feeding their families. Whatever the case, Abbott has been there to listen and to try to help.

“I try to be a good listener and to be sympathetic,” she says.

Abbott is a volunteer with Relief & Hope Services, a Catholic Charities Maine Parish Social Ministry program that provides emergency assistance to people around the state. Abbott stepped forward to help after retiring from a career in nursing.

“I had stopped homeschooling, had already quit my job, and was looking for things to do that might make a difference,” she says. “I wanted to volunteer somewhere where I felt that I was doing something that was helpful and where I would be able to talk about Jesus.”

Relief & Hope Services dates back to 2009. It was established through the Strengthening the Heartbeat of the Church capital campaign. Catholic Charities Maine CEO Stephen Letourneau says he wanted a way to respond to the many requests for help the agency and the diocese receive.

“I always envisioned Catholic Charities as a place where you can turn if you feel you have no hope and you’re down and out,” says Letourneau. “It is fulfilling our baptismal call that we all have to serve one another, especially those most in need.”

The program provides small amounts of financial assistance, but perhaps more importantly, it tries to provide people with a path forward.

“The relief part is the emergency infusion of a gift card for gas or food or something that they might need right now. Then, the hope is really, ‘Let’s talk. What has led you to be in this situation, so we can help make sure you’re not in the same situation in a month?’” Letourneau explains.

That might include connecting them with another Catholic Charities program, a food bank, or helping them understand how to apply for assistance such as unemployment insurance.

“Some people don’t know where to begin, so I will try to point them in the right direction,” says Abbott.

When the program helps out financially, it is meant to be in response to an immediate, one-time need. 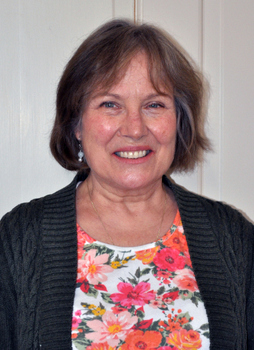 “Requests of $5 to $200, that is our niche. Small, one-time amounts is where we serve,” says Susan McGaulley, Catholic Charities Parish Social Ministry program director.

While that may not seem like a lot, sometimes it can make a sizable difference.

“Recently, we were trying to help an elderly woman from Aroostook County who got referred to Bangor for a medical test, but she had no means to get there, except for a taxi. That is pretty close to $200, but that is within our means,” says McGaulley.

On another occasion, Abbott assisted an elderly woman who was at the hospital with her husband after he suffered a heart attack.

“She had been there for two days with no food.  She had no money, and the hospital would not give her anything to eat. Julie was able to get her connected with a soup kitchen/food pantry down the street from the hospital,” says McGaulley. “Julie got her a ride, so she could pick up the food and take it back to be by her husband’s side.”

“As an example, you can’t get into the shelter until you have an ID. An ID card is $5, but there are people who don’t have $5. Sometimes, people need a birth certificate. Well, that can be $35, but that’s needed to move on and get whatever assistance later on they need.  The government will require them to have a birth certificate.  So, we always try to help when someone needs a document,” McGaulley says.

An advantage of the Catholic Charities program is that it’s not limited to a single area of need.

“We go by the teachings of Matthew 25, which is pretty broad,” says McGaulley.

It is also designed to be a low barrier program.

“We take the stance from our Catholic faith that the person who calls needs to be respected and believed with what they say. We don’t try to make it difficult for them. We try to respect them, so we assume they’re correct. If they call again with the same story, then we remember that,” says McGaulley.

“Julie respects everyone, and she answers with faith, responds in the context that we, with our Catholic name, want,” says McGaulley. “She takes the time to truly understand their need, assesses how the program can support them.” 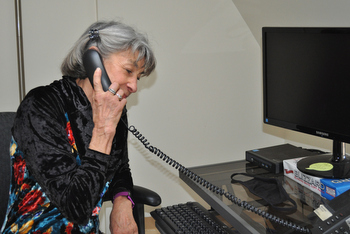 “Even when I say, ‘I’m really sorry that I can’t help you,’ they appreciate the fact that I listened. It seems that a lot of these people are not only desperately poor, but they don’t have any friends or family. That would be such a horrible state to be in, so I try to be a good listener. I can at least feel satisfied that I was a listener. I was compassionate,” Abbott says.

“Julie impacts the lives of those living on the margins. The clients who call are people with insufficient resources to meet the most basic human needs: they may have experienced job loss, be on disability, or are barely making ends meet working minimum wage jobs,” says McGaulley. “Julie’s work provides a way to solve small problems that public support will not pay for and yet can make a big difference in someone’s life.”

Relief & Hope Services receives about 1,700 requests for assistance each year, a number that has steadily increased since the program began, although this year was an exception, something McGaulley attributes to the pandemic-related federal stimulus payments.

How many people Catholic Charities is able to help depends on the type of requests and how much money is available. This year, it received a boost when the Parish of the Holy Eucharist in Falmouth donated $9,000, money that came from a surplus in its holiday giving program.

Although staff members provide necessary oversight and training, Letourneau says having volunteers like Abbott allows them to maximize their resources.

“We can do a lot of good without spending big bucks on positions,” he says.

Fortunately for Catholic Charities, Abbott is not planning on leaving anytime soon.

“I’m a creature of habit. I like to keep busy. I like to try to help people,” she says. “I think it’s awesome that there is a program of Catholic Charities that recognizes that there is a real need and is busy trying to meet it.”