A Gift of the Heart

The Neuhaus family has been waiting for a phone call for nearly a year. Their van sits ready, fully packed. As the seasons change, so does the clothing, from T-shirts to sweaters and then back to T-shirts again. They know that when the call comes, they will have to leave immediately, most likely in the middle of the night.

In the meantime, their lives go on.

“I have days when it’s very hard. I have other days when you don’t think about it too much. You try to live as normal a life as you possibly can,” says Dorie Neuhaus.

“It will sink in when we get the phone call,” says her husband, Paul.

The call for which the Neuhaus family is waiting will tell them that their 14-year-old son Matthew will be getting a new heart.

Matthew, who completed eighth grade at St. Michael School in Augusta this June, has been on the heart transplant list since last July. He was diagnosed in 2008 with dilated cardiomyopathy. He has an enlarged heart that does not pump blood to his body with as much force as it should.

Dorie and Paul remember the day they found out. “We were both, like, what Mack truck just went vroom, right over us? We just both looked at each other, and from that point, nothing made sense,” she says.

“I remember enlarged heart. I don’t think I learned dilated cardiomyopathy for a few days. It was just enlarged heart and Matthew’s got it,” says Paul.

The diagnosis came when Matthew was age nine. His parents say he had been a healthy child. Then, one day, he told his mother that he didn’t want to play baseball anymore. It was unexpected because he was a good player and enjoyed the game.

Dorie says Matthew seemed tired, and he didn’t have much of an appetite. He started coughing, but they thought he just had a cold or allergies. 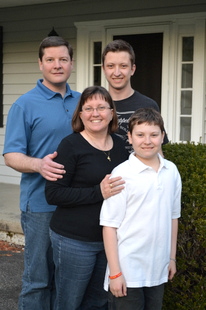 Dorie went away on a two-week business trip, and when she returned, she noticed a difference.

“He just didn’t look right. He looked very ashen, very skinny, like he had lost a lot of weight, and he was coughing so hard that he threw up,” she says.

The initial diagnosis was allergy-induced bronchial spasms, then walking pneumonia, but an inhaler and antibiotics didn’t improve his condition. Dorie remembers going to pick him up at a daycare center, only to discover that he had fallen asleep in one of the playhouses there.

They took him back to the doctor where an X-ray revealed the larger problem.

“When we looked at the X-ray, his heart was so big. It looked like it was touching his rib cage,” says Dorie.

The next day, the doctor’s office called to tell them to bring Matthew back in. After he was examined by several doctors, they were told they needed to see a cardiologist.

“We were being oblivious, thinking there is probably nothing to worry about,” says Dorie.

As for Matthew, he just remembers thinking, “Can I go to sleep now?”

An echocardiogram confirmed Matthew’s condition. Dorie and Paul remember the doctor pulling them aside.

“She looked at us and she said, ‘This is bad. This is very, very bad. Your life is changing right now. It will never be the same ever again.’ And we just kind of looked at her totally dumbfounded,” says Dorie. 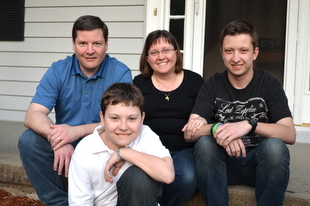 They were given ten minutes to contact relatives, employers, and make any other necessary arrangements before taking Matthew across the street to Maine Medical Center’s emergency room.

“We were kind of calm about it, and went up to the desk and checked in and said, ‘This is Matthew Neuhaus.’ And it was like a whirlwind tornado came tearing through. Suddenly, there were doctors and nurses and people just running everywhere, and they grabbed him up out of our arms,” recalls Dorie. “Suddenly, he was terrified. I was terrified.”

Matthew spent eight days in the hospital, the first few of them in the intensive care unit as doctors tried to stabilize his condition. He received the sacrament of the anointing of the sick. The family says they were told they might have to go to Boston to have Matthew immediately put on a transplant list.

Fortunately, with treatment and medication, doctors were able to increase Matthew’s heart function. He was able to go home, but with the knowledge that, at some point, he would still need the transplant.

The past five years have been full of ups and downs and regular checkups.

In 2010, Matthew received a pacemaker as a precautionary measure.

It was also discovered that he suffers from Celiac Disease, an autoimmune disease triggered by eating gluten. The disease prevented him from absorbing nutrients, causing him not to grow as he should.

The family had to make significant changes in what and how they cook, but once the disease was under control, Matthew shot up one inch in height. It was good news, but Dorie says, “His heart started to fight back.” 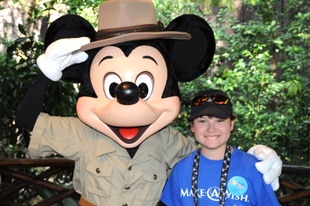 The time for the transplant had come. He was placed on the list last July 31. It was a decision Matthew had to make himself. He says it wasn’t a difficult one.

The Neuhaus family says although, at first, Matthew would sometimes ask why this happened to him, they do not feel self-pity. They believe God gave Matthew this challenge for a reason.

“We kind of came to the conclusion that, obviously, there is something big that he is supposed to do with this.”

They say the situation has made them focus on what’s truly important.

“It strengthened our relationship with God,” says Paul.

They pray every day for the family who, one day, will give Matthew a heart.

“One of the things that is very important and that we don’t lose track of is that this isn’t just something that is a commodity. This is someone’s life. This is the ultimate gift that some family is giving us, and it isn’t lost upon us,” says Paul.

Renee Graves, the secretary at the Parish of the Transfiguration of the Lord in Bar Harbor, knows what it is like to give that precious gift. 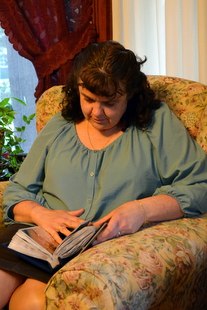 “She was so photogenic,” she says. “This is her first birthday party.”

Hunter was 15 months old when she suddenly became ill.

Renee says the day started like any other. She had dressed Hunter in a brand new outfit, a blue and white dress with a beret that wouldn’t stay on her head.

She says when she dropped Hunter at daycare the little girl wiggled out of her arms and ran to the toy box.

“She had to get her favorite toy before the other kids did,” she recalls. “I always kissed her goodbye in the morning, but she was so into it and playing that I just let her go. I’ll always kick myself for that.”

Renee went to work as always but, around ten in the morning, got a phone call from the babysitter’s mother telling her something had happened.

“I jumped in my car, and I don’t even remember the drive there,” she says.

When she turned the corner of the street where the daycare was located, she saw the ambulance.

Renee says the babysitter told her she had put Hunter down for a nap, then saw the little girl sit up before flopping down on her face.

“Something wasn’t right, and she wasn’t breathing,” says Renee.

The babysitter performed CPR and Hunter was rushed to the local hospital, before being transferred by ambulance to a hospital in Bangor. Renee remembers calling her mother, who worked in Bangor, telling her to head to the hospital because she didn’t want Hunter to wake up and not see a familiar face. 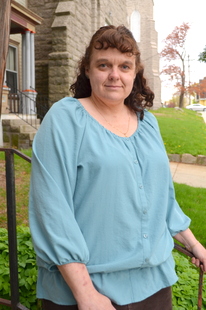 Hunter never came out of a coma.

“She collapsed on Friday. Saturday we found out she was brain dead.”

Despite overwhelming sorrow, Renee says she immediately asked about organ donation. She says it came to her because she and her husband had recently seen public service announcements on television about it.

“I saw one, one night, and I was holding Hunter at the time, and I said, ‘I’ll donate my organs.’ And my husband said, ‘Yeah, whatever they can use,’ never thinking about the baby.”

Renee believes it’s what Hunter would have wanted.

“You just think, ‘What would she want?’ She was just a neat baby because she was so sharing. That’s what helped us decide to do it,” says Renee.

Renee also wanted to spare another mother the pain she was feeling.

“I was just thinking that if I could help some mom not go through this, and maybe have a little piece of Hunter alive.”

Hunter’s heart was given to an infant from New Hampshire.

“I prayed that it would be successful, as much for us as for them,” she says.

Renee says the little boy had other medical issues, but nevertheless, Hunter’s gift kept him with his family for another three years. Although she never met them, she says for a while they exchanged letters, and the family would send flowers on the anniversary.

“Really, it was the only choice we had in the situation. All our other choices regarding Hunter were taken from us. I’m proud of her for giving this child three years. It’s the way I feel, that she gave him a gift.”

It’s a gift Renee and Matthew would like others to consider. Renee wanted to share her story with Harvest so other Catholics would realize the importance of organ donation.

“I was thinking that a lot of Catholics think we can’t do that, that it’s against our religion, so I thought this would be a great way to get the message out.”

In actuality, the Church encourages organ donation, calling it “a noble and meritorious act” (CCC 2296).

“The donation of an organ or a part of the body which can be of help and assistance in meeting the medical needs of another is a profound act of generosity which reflects, in its own particular way, the self-sacrificing love of Christ,” says Father Joseph Daniels, a moral theologian. “It also points to our belief and hope in the Church’s care for humanity across time and eternity when we designate an organ or a body part, such as an eye, to assist someone at a time beyond our own death.”

Matthew has become an advocate for organ donation and for the Make-a-Wish Foundation, which granted him a wish to go to Florida. He hands out “Donate Life” buttons, has done radio interviews, and has shared his story with his classmates.

“I basically tell them how important it is,” he says.

His older brother Nick plans to study bioengineering in college. He wants to design and develop artificial organs and to do research on organ regeneration.

For now, the waiting continues. In mid-June, Matthew started receiving intravenous medication, and his mother says he was moved to a higher level on the transplant list.

Although Matthew says he’s not nervous, his dad expects there will likely be some trepidation and fear when the time comes. He says they will turn to their faith.

“You have to have faith. Otherwise, what are we here for?”

The family asks for continued prayers.

“Pray for us. Pray for Matt, and pray for the donor and the donor’s family, because we don’t know who that is; only God knows,” says Dorie.“They’re going to make a very difficult decision at the worst possible time in their lives. We’re asking a family for the ultimate gift. We understand that, and Matthew does as well.”