A Display of Faith 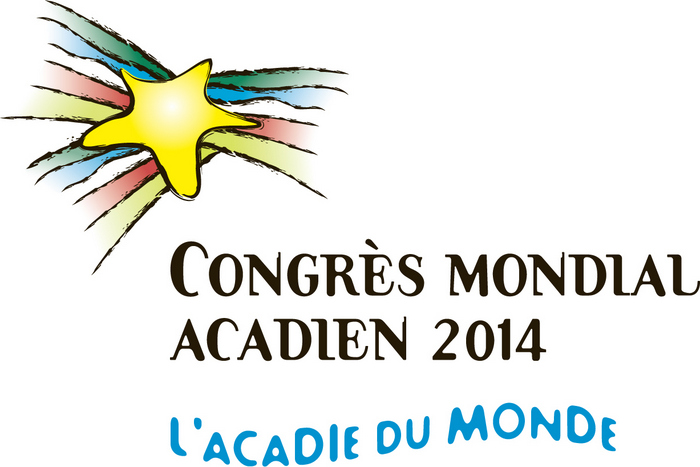 Madawaska is a town of approximately 3000 residents.  Nearby Van Buren has a population of just under 2000.   But this August, streets, inns, and spare bedrooms will be packed with visitors when the St. John River Valley and the neighboring Canadian provinces of New Brunswick and Quebec host the World Acadian Congress.

The World Acadian Congress or Congrès mondial acadien is held every five years to celebrate Acadian culture and history, of which Catholicism is an integral part.  It draws people from around the world.

Previous congresses have been held in Nova Scotia, New Brunswick, and Louisiana, but this is the first time Maine has had the privilege of being one of the hosts.  It is also the first time that the congress will take place on both sides of the border.

The festival runs from August 8 - 24 with events throughout the region designated as Acadia of the Lands and Forests.

“Overall, there are 300 activities planned within those seventeen days,” says Lorraine. “We have, just in Maine, over 100 activities.”

The events are designed with families in mind. You can drop by the whoopie pie festival in Portage, bang pots and pans in the tintamarre (noise) parade, join in one of the Acadian family reunions, or attend an outdoor Mass celebrated by Bishop Robert Deeley in Madawaska on August 15.

“Every congress has a Mass but not to the level that we’re putting into this Mass,” says Lorraine.

Preparations for the congress have been underway for five years, since the last one concluded. However, in some ways, its roots go back more than 300 years, to the 1713 treaty which ceded control of the French colony of Acadia, now Nova Scotia, to the British.  In 1755, the British forced the Acadians, who refused to renounce their faith, from their land, putting them on boats and dispersing them throughout the United States and the world. As the years passed, some of the Acadians returned, primarily to neighboring New Brunswick and then into Maine.

“We’re here to celebrate a people who have gone through so much in their history,” says Father Jacques LaPointe, O.F.M., pastor of St. Peter Chanel, Van Buren.  “But, nonetheless, they’re people who never let go of their Marian roots. The Virgin Mary has always been their protectress. And so, this is an opportunity to bring to the forefront the importance of prayer, the importance of Marian devotion. As Catholics in this diocese, we are proud to be able to stand up and to show to the world what we’re all about and what faith means when it’s applied through the heart.”

“We have a fantastic project where we’ve asked all the parishes in our three regions to send their old stoles, so that we could make them into a quilt representing our faith.  It’s a fantastic, humongous quilt with three steeples that represent the Church in Quebec, the Church in New Brunswick, and the Church in Maine,” says Father LaPointe.

The quilt was stitched and sewn by a group of ten women, nearly all of them parishioners of Notre Dame du Mont Carmel Parish in Madawaska.  Most stepped forward not knowing exactly what they were getting into.

“I just happened to open my mouth saying that I was busy quilting, and then, that is how it started,” says Priscilla Cannan, laughing.

One of Priscilla’s first jobs was to contact the parishes to ask for stoles.

“Father gave Priscilla a list of all the churches, and she started writing letters,” says Lois Muller.

“Then I had to go out and bug them,” Priscilla adds.

Stoles were sent from parishes throughout Aroostook County, from several parishes in New Brunswick, and from one parish in Quebec.

When the group first got together, there was just a general idea, not a specific design. The members had to come up with a pattern that would work using stoles, which are long strips of cloth. The concept came from the cover of a missallette.

“Then, we started sketching. That’s how we ended up with a concept, because, of course, it has to be straight,” says Lois.

Once the design was created, Priscilla’s husband, who is an architect, produced exact measurements of all the pattern pieces.

“We put them together on a table, and then we numbered them, the pieces, because some were made a certain way that they could fit together,” says Rinette. “Remember numbering the pieces?”

“That was the longest part,” says Bern Thibeault.

Because it is made from stoles, the quilt had to be designed with liturgical colors in mind. The backs of some of the stoles provided needed blacks and browns.

“The quilt represents the land of trees and forests, so you have to have the green, you have to have trees, and looking at liturgical colors, you only have so many colors to work with, so the trees became the background with the sky and then the river and then, of course, the churches.  The churches are white, but we used off white on the side churches so we could show a distinction between the three churches.   That was probably the most difficult, finding the right whites to work with,” says Lois.

Getting the river to look like water also took some thought. The idea for that came from Bern Thibeault, who took a cruise and noticed the carpeting on board the ship resembled ocean waves.

“We tried to get the colors and the variations of colors because you start with grass and then dirt and then water and then deeper into the water,” says Lois. “We had tons of blues, but they were all the same color, so we started to work in the purple. Then, afterwards, the water didn’t quite look like flowing water, so we added the gold to look like waves.”

Separating the edge of the river from the churches is one solid strip donated by the Maliseet First Nation.

“The strip at the bottom of the churches is from the Maliseets, the first nation, and we used their whole piece because it looked like stained glass all on its own,” says Lois.

The quilt also includes the Acadian star, representing Stella Maris, and in the center of the quilt, there is a stained glass window with Jesus, Mary, and Joseph.

“There is not a church in the valley without a stained-glass window so Linda designed the window,” says Lois.

“I had done the stained-glass picture of the Holy Family for Christmas and brought that in just for the heck of it, and Father [LaPointe] happened to come along, and he really fell in love with it,” says Linda Roy. “Father thought it was too small, so we enlarged it.”

Linda also has a long-arm quilting machine, which she used to put the three layers of the quilt together when it was completed.

The women began working on the quilt in 2010 and finished it this March.

“It was interesting because I had never really done anything like that. I learned a lot. You learn from the other ladies,” says Jackie Daigle.

“It’s an accomplishment, especially to show the spiritually of the Acadians. They were very committed Catholics,” says Priscilla.

“The Acadian faith is very, very strong, and of course it brought us together,” says Lois.

The quilt will be displayed at Saint David Church in Madawaska throughout the World Acadian Congress, then travel to various parishes before moving to the Musée culturel du Mont Carmel in Lille.

Father LaPointe says he hopes people from throughout the diocese will have a chance to see it and to attend the World Acadian Congress.

“We’re bringing all of this rich heritage that we have in our faith with so much joy, and we wish to share it,” says Father LaPointe. “I want to see every one of you.”