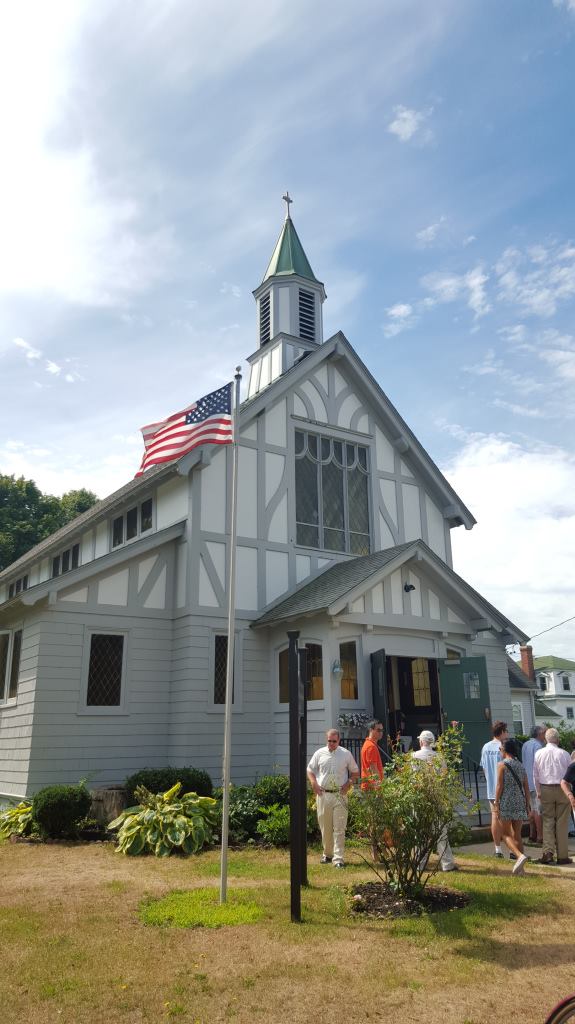 PEAKS ISLAND---Next year, parishioners and community members on Peaks Island and beyond will celebrate the 100th anniversary of St. Christopher Church, which became the first parish in Casco Bay when it was established in 1923. The church was built on the Littlejohn property on Central Avenue and was blessed in 1924, named for St. Christopher who, fittingly, is the patron saint of travelers.

“One of the many ways that we’ll be celebrating the 100th anniversary is through the completion of much needed updates and repairs to our beloved church so we can keep it going for the next 100 years,” said Mary Anderson, a longtime parishioner at St. Christopher.

Among the planned projects are the replacement of the church’s porch and ramp, the installation of new carpeting, painting, and updating the foundation. The first project is now underway: replacing the cement walkway in front of the church with engraved pavers.

“We invite everyone to purchase a walkway paver in celebration or in memory of a loved one,” said Mary. “People all over have connections to Peaks. We hope to remember many wonderful members of our community with this project.”

To purchase a paver or learn more about the project, including other ways in which you can support the improvements at St. Christopher, click here.