BIDDEFORD---Moments after being informed that she was named one of eight finalists across America for the prestigious Lumen Christi Award, leave it to Sister Terry Gauvin to immediately think of how it would benefit others.

“I am almost speechless,” said Sister Terry, provincial superior of the American Province of the Good Shepherd Sisters who is a Biddeford native and resident. “How wonderful to be able to give CourageLIVES this much needed donation and exposure!”

For over 50 years, Sister Terry has touched the lives and extended a hand guiding thousands of people in Maine on the path to faith and stability. 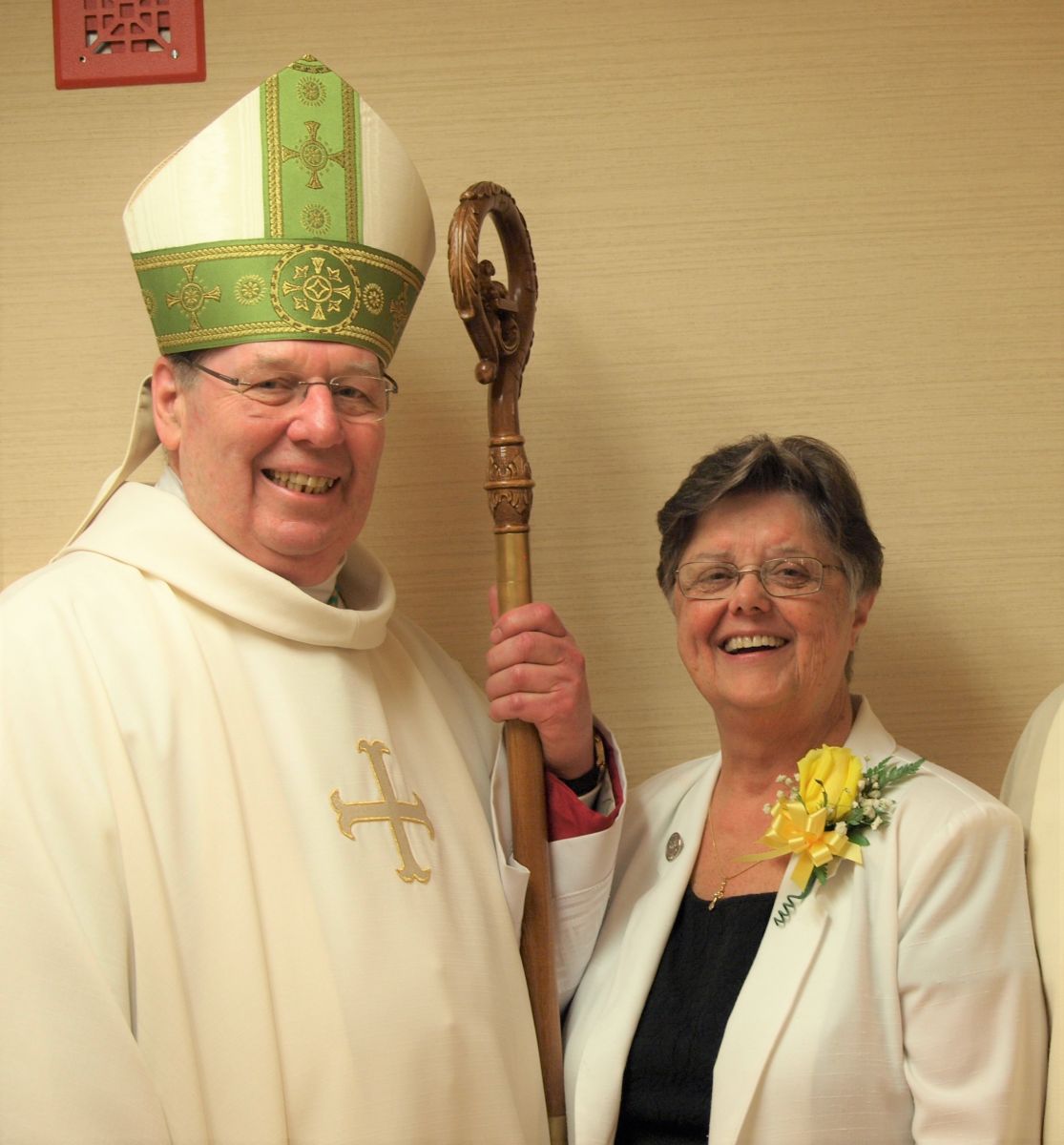 Without any fanfare or publicity, emotionally challenged children were met with a warm smile, unwed and impoverished mothers were given assistance without judgement, and survivors of human trafficking were offered safety and the hope of a better day.

The Lumen Christi Award, given by Catholic Extension, honors an individual or group who demonstrates how the power of faith can transform lives and communities. The finalists are shining examples of Catholic service and love in the United States.

“Through Sister Terry’s work, the most vulnerable women and children in Maine receive care and compassion and experience the love of Christ while they recover and strive to move forward with their lives,” said Bishop Robert Deeley. “She is a lifeline for many, and an inspiration to all.”

The story begins where it flourishes today, in Biddeford. Young Therese Gauvin had many dreams for her life, but at the start, being a woman religious was not one of them.

“God had other plans. There was a relationship with Jesus that was always there since I was a little girl,” she said. “He wanted me to enter religious life.”

After attending Catholic elementary and high school, she entered her community, the Good Shepherd Sisters of Quebec (Sisters of the Immaculate Heart of Mary), in 1966, and graduated with a bachelor’s degree in sociology and psychology from Merrimack College in North Andover, Massachusetts, later earning a master’s degree in administration and education from Boston College.

Her work with women and youth began when she was in her early 20s in Massachusetts at a home for “emotionally disturbed children.” 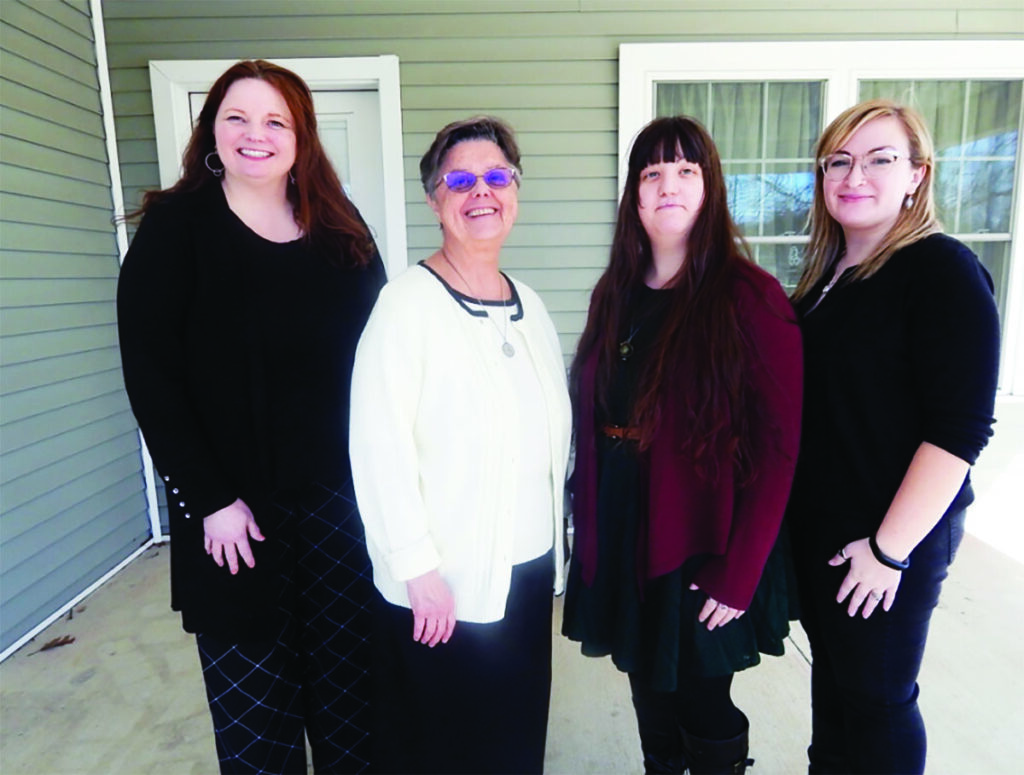 “She began her religious life working with troubled children and learned the dynamics of understanding the children and how to help them through their issues,” said Sister Joanne Roy, a fellow Good Shepherd Sister. “What stands out when I think of Sr. Terry is her energy, thoughtfulness, ongoing connection with people she has worked with over the years, and her ability to organize and do an enormous amount of work quickly and well, always thinking of ways to help people.”

Sister Terry returned to Maine to serve at a local facility established for “unwed mothers,” eventually expanding her work to assisting the women in improving their lives in the long term.

“I helped them learn to care for their children and later set them up in apartments,” said Sister Terry. “It was a blessing.”

It was just the beginning of, quite simply, a life of giving as a social worker, a teacher and principal at Catholic schools in Biddeford and Massachusetts, a youth minister, a campus minister, and a faith formation director. 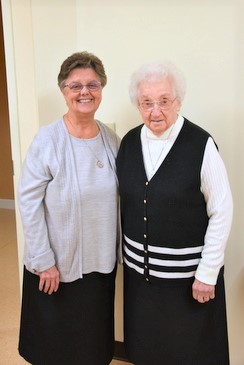 Sister Terry would then become interim director of St. André Home in Biddeford, established in 1940 by the Good Shepherd Sisters to serve families through counseling, adoption, resource management, and housing.

In 2013, due to a loss of state funding, the four group homes for women and children were closed but, at the same time, the reality of an increase in human trafficking had reached state officials in Maine.

“We worked with the State of Maine to transition the home to a safe haven for victims of human trafficking,” said Sister Terry. “Thus, CourageLIVES was born.”

Established in 2015, CourageLIVES is Maine’s first residential treatment program for survivors of sex trafficking as well as a safe house for women 18 years and older. The program provides food, clothing, shelter and counseling for residents, and includes an outreach program for women who live elsewhere.

“Our ministry at CourageLIVES has grown during these five years,” said Sister Terry. “Our St. André Home/CourageLIVES program has become well known to other women who seek us for help. Our outreach program has grown tremendously. We now serve women and families in many counties such as Penobscot, Cumberland, Aroostook, York, and Franklin. Our staff helps others who are either not able to come to our program or need ongoing support to continue their recovery.”

When learning that the staff were meeting women in their cars or at fast food restaurants, Sister Terry procured an office in the Catholic Charities building in Bangor to extend the mission in a safe location for those who do not live at the home. 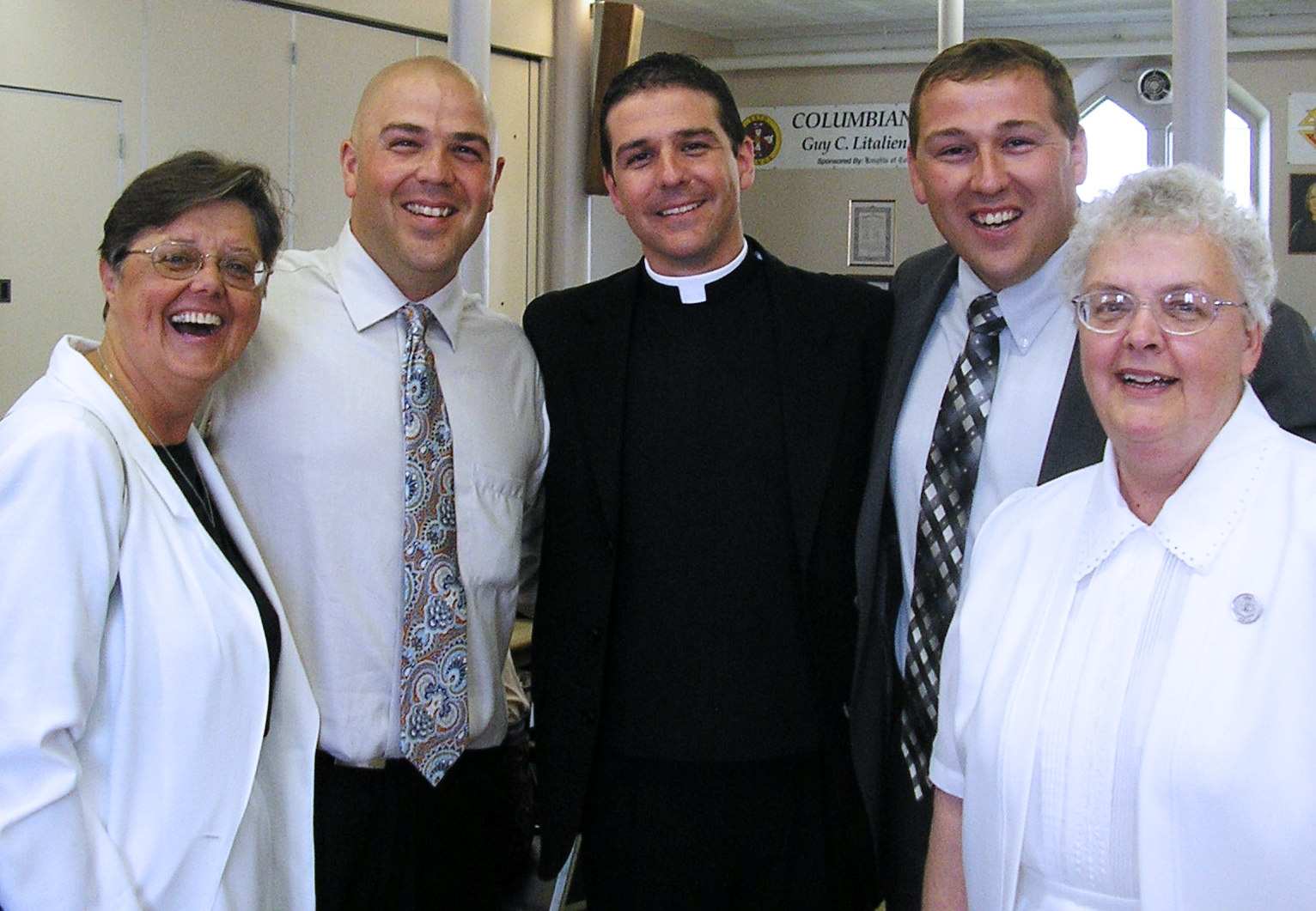 “It didn’t take long for the women to realize that she supported them and was there as their ‘cheerleader’ in encouraging them to continue the growth process in regaining their sense of well-being,” said Dave DiNapoli, development director for the Diocese of Portland. “She often says to them, ‘I am praying for you.’ This is important as their trust level is very low and to be able to share their life story with her is special.”

The CourageLIVES program in Maine is now recognized as a national model for its inspiring work serving human trafficking survivors.

“Though grants are few and we are very grateful for them, donations and gift cards from groups and individuals help our women with gas, food, dental care and other necessities of life which are not part of our budget,” said Sister Terry. “All these years, this has been our focus, to work with women and help women and children and families.”

As her service approaches 54 years, her list of titles do, too. In addition to leading the American Province of the Good Shepherd Sisters, she is the community’s director of mission integration, including at the Esther Residence, a home in Saco for women coming out of incarceration; a member of the board of education at St. James School in Biddeford; and a board member for St. Andre Health Care in Biddeford. Her small amount of free time is mostly spent volunteering for a number of causes.

She is the personification of the ideals and mission of the Lumen Christi Award. As a finalist, she receives a $10,000 grant, which will be used to support CourageLIVES survivors through dental and eye care, outreach services, and many other needs like food, transportation, and access to phones. The award winner will be announced later this year, with the recipient receiving a $50,000 grant to be used for enhancing a specific area of ministry.

Awards and recognition are deserved but not sought out by Sister Terry, a soul whose life is defined by her contagious and heartwarming smile, selflessness, and the respect and love of all who have encountered her.

“She has the unique ability to ‘light up a room.’ She embodies the Light of Christ in this way as she carries forth the mission of serving the vulnerable,” said Nason.

“So many times I have heard her say, ‘I said to God, what do I do, and this morning at prayer this answer came to me’ or ‘During prayer, I thought we could go about this in another way,’ bringing life’s events to prayer and prayer to her encounters,” said Sister Joanne. “She learned early on from her mother how to pray all during the day and how to care for others. Sister Terry has, from early on, sought to do God’s will through challenging and demanding events and continually saying yes to God who called her to ever new and challenging ministries.”

“Thanksgiving Day may come only once a year, but God’s goodness and love fill my heart with gratitude every day with God’s many blessings to me,” said Sister Terry.