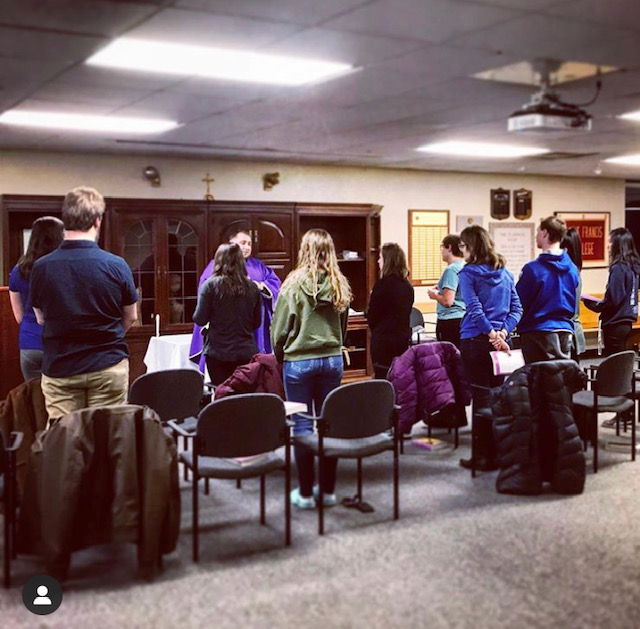 BIDDEFORD---It’s just before 8 p.m. on Sunday night and students gather inside the St. Francis Room of Jack S. Ketchum Library on the Biddeford campus of the University of New England.

The draw is not a lecture or study group. It’s a weekly, on-campus Mass, one of the many opportunities for building community and enhancing faith now made possible thanks to Nor’easter Catholic, the Catholic campus ministry at UNE named after the college’s affable Nor’easter mascot.

“Getting Mass on campus has been a huge success!” said Catherine Gallerizzo, the coordinator of youth and college ministry for Good Shepherd Parish in Saco. “We are trying to build a hospitality program around these Sunday night Masses and offer refreshments and social time after the Masses.”

"In previous years, we had been offering a carpool to Mass on Sunday mornings, but it was inconsistent and on our busiest weeks there were only four of us," said Jessica Nee, president of Nor'easter Catholic. 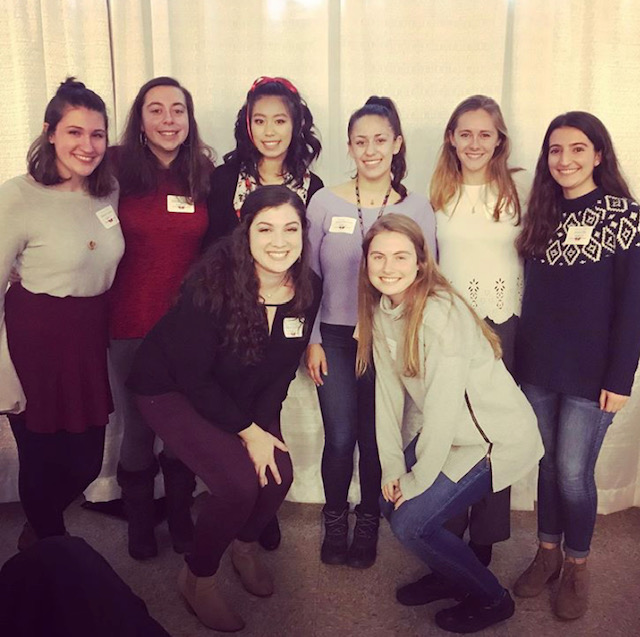 “Since that time, I have seen the group grow in number, friendship, and faithfulness,” said Gallerizzo.

The weekly Mass on campus began a year later in September of 2019 and is one of a series of offerings that has enabled Nor’easter Catholic to become a successful ministry on campus for anyone who wishes to grow in faith and discipleship.

“Catholic Underground” is a program that invites anyone connected to UNE to come together for prayer and fellowship each Monday night. 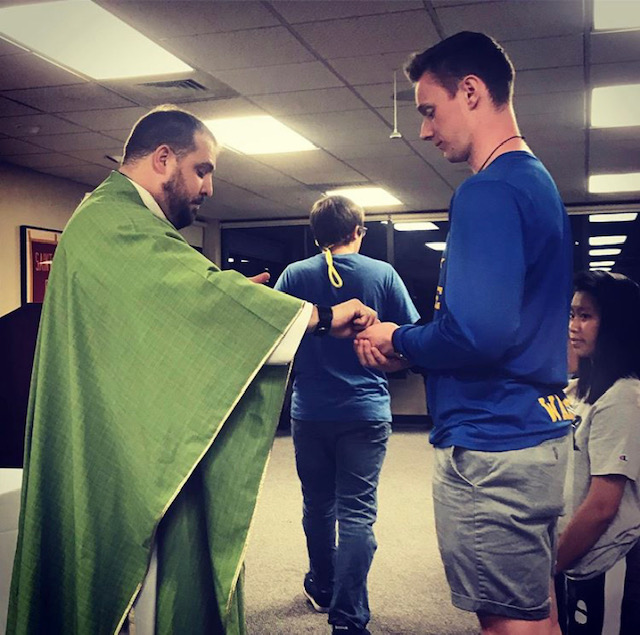 “Typically, we offer adoration for at least 30 minutes and during Lent, we will be offering a program called ‘Happiness, Suffering and the Love of God,’ a program that aims to offer students with a road map towards authentic and lasting happiness,” said Gallerizzo.

A small faith group for women has been formed with one for men set to begin during Lent.

“Our women’s small group began as an opportunity for the young women in our group to have a chance to share meaningful things going on in their lives and also dive into the word of God together,” said Gallerizzo.

Faith formation in small groups is an effective way to reach students, something that Gallerizzo learned will serving as a FOCUS 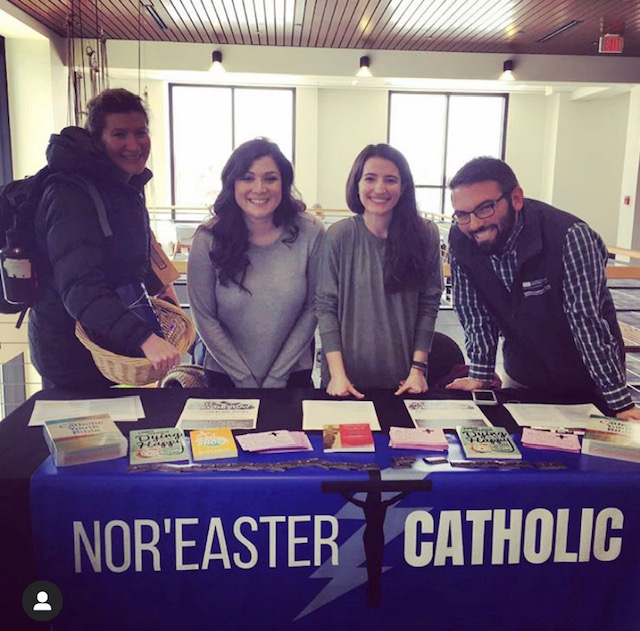 missionary at the University of Maine in Orono in 2015-16. FOCUS missionaries, mostly people in their 20s, serve on over 125 campuses in the U.S. and help students grow in their faith while inviting non-practicing Catholics and those with no faith affiliation to form a connection with the Church.

“I absolutely love working with college students,” said Gallerizzo. “I feel like they are the ones who are teaching me valuable life lessons and showing me the love of Christ instead of the other way around. It is a joy to spend time with all of these incredible people and I am the one who is blessed to know them.”

Gallerizzo credits a team effort for the quick success of Nor’easter Catholic. 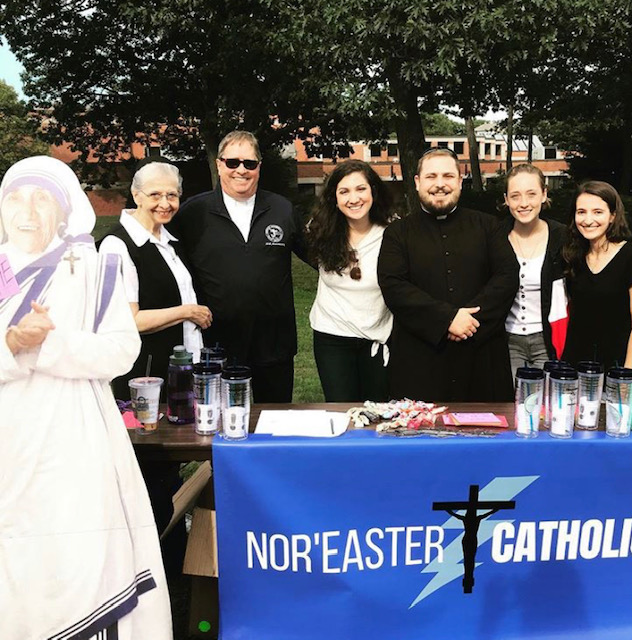 “We have students who dedicate much of their time to this ministry, including our president, Jessica, and other students who are expressly involved at Mass by reading, serving and bringing up the gifts.”

Off campus support has been plentiful, too, particularly from Good Shepherd Parish.

“Fr. Brad Morin, the parochial vicar at Good Shepherd, is so willing to step in and do whatever needs to be done,” said Gallerizzo. “We would not be able to offer Mass and adoration to our young people without his servant’s heart.”

The enthusiasm of the organizers and the growing number of participants have helped lift the group’s long-term goals to even loftier heights.

“Ultimately, I would love to see a Newman Center on this campus, but we will need some donors first,” said Gallerizzo. “Just to be able to bring Jesus to the students on Sunday night and in adoration on Mondays is a blessing. We are trying to carve out space for the students to find friendship and peace with other students who share their faith.”

"We are still working on being more present on campus and making our presence known to the students of UNE, but looking back on how far we have come is nothing short of amazing," said Nee. "I know that God has great plans for this little community."