NEWCASTLE---It is the second oldest continuously used Catholic Church east of the Mississippi River and houses both the altar of Bishop Cheverus and a bell cast by Paul Revere. But each corner and adornment of the elegant red brick sanctuary that is the old St. Patrick Church in Newcastle has a story. Now, community members are invited to hear them all.

The St. Patrick’s History Project, a group dedicated to honoring and preserving the magnificent history of St. Patrick, will conduct free tours of the church’s interior and exterior on Sunday, May 26, after an 11 a.m. Mass that will be celebrated in the new church that is located next to the old church on 380 Academy Hill Road. The tours should begin around noon.

In the early 19th century, St. Patrick Church was designed by Irish architect Nicolas Codd and built on land donated by James Kavanagh and Matthew Cottrill, who had emigrated from County Wexford, Ireland, to Boston. The pair, along with their families, arrived in Newcastle in the 1790s. Fr. Jean-Louis Lefebvre de Cheverus, who had celebrated Masses in the area for many years, dedicated St. Patrick Church on July 17, 1808, having been appointed the first Bishop of Boston in April of that year. The altar used during the dedication Mass is still located in the church. A colonial era cemetery is located adjacent to the church, where the remains of early families like the Cottrills and Kavanaghs are interred.

The style of St. Patrick Church is simple in its design with brick walls and mortar made from lime rock brought from Ireland. The church had five windows on each side and a semi-circular window gracing the balcony at the rear of the church. Parishioners worshipped on flat hand pegged benches with one such bench remaining today in the choir loft. The original color of the interior of the church was light grey-green, similar to the current color. A star, unique to buildings designed by Codd, decorated wood moldings on the outside of the church as well as on the doors of the sacristy. A large painting “Taking the Lord down from the Cross” was placed over the altar; the painting is said to have been given to the church by the mother of Bishop Cheverus. 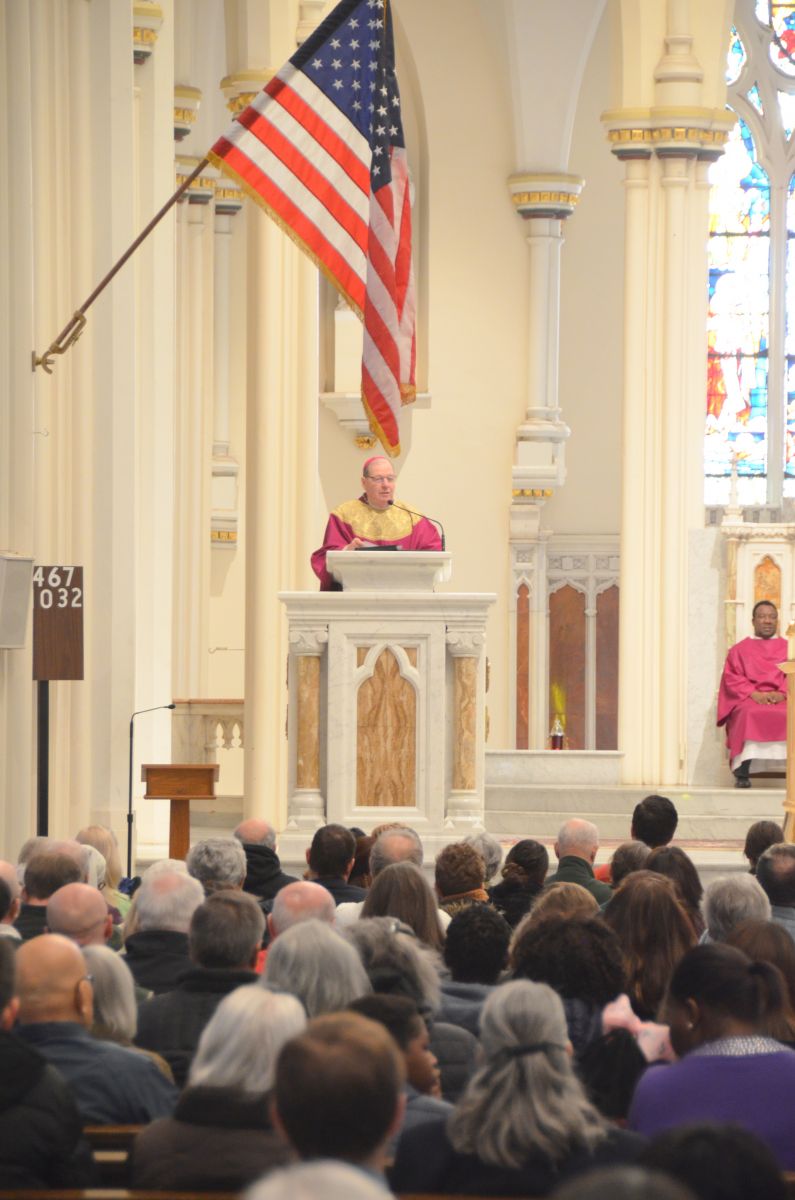 In 1818, Cottrill donated a Paul Revere bell to the church, inscribed “The gift of Matthew Cottrill to St. Patrick’s Church, Newcastle, 1818.” From among the 400 bells cast by Paul Revere and Sons from 1792-1828, St. Patrick’s is one of 93 still in existence and is one of the last bells cast by Paul Sr. who died in November of 1818. A brick bell tower with a hip roof was added to the church in 1866. In the 1890s, the present spire topped with a wooden cross was added to the brick tower, the original clear windows were upgraded with stained glass windows, the benches were replaced with pews, and the ceiling and walls of the church were elaborately decorated. The first altar, built of wood pine logs, was later replaced with a granite altar.

In the early 1970s, the diocesan liturgical commission decided that St. Patrick Church should be restored, where possible, to its original simplicity. The frescoes, which had been added in the late 1800s, were eliminated and the walls repainted in the original pale tone. The sanctuary railing was restored and some of the statues removed. The 1896 stained glass windows donated by early parishioners and the pews were left in place. With the completion of the restoration, St. Patrick Church was accepted into the National Historic Registry as a building with historic significance.