FARMINGTON---Fr. Paul Dumais has been named one of 49 nominees from across the country for the 2019-20 Lumen Christi Award, an annual honor given by Catholic Extension to an individual or group who demonstrates how the power of faith can transform lives and communities. Fr. Dumais is the pastor of St. Joseph Parish in Farmington and St. Rose of Lima Parish in Jay.

Catholic Extension is a national fundraising organization which provides funding and resources to dioceses and parishes through programs and services investing in people, infrastructure, and ministries. 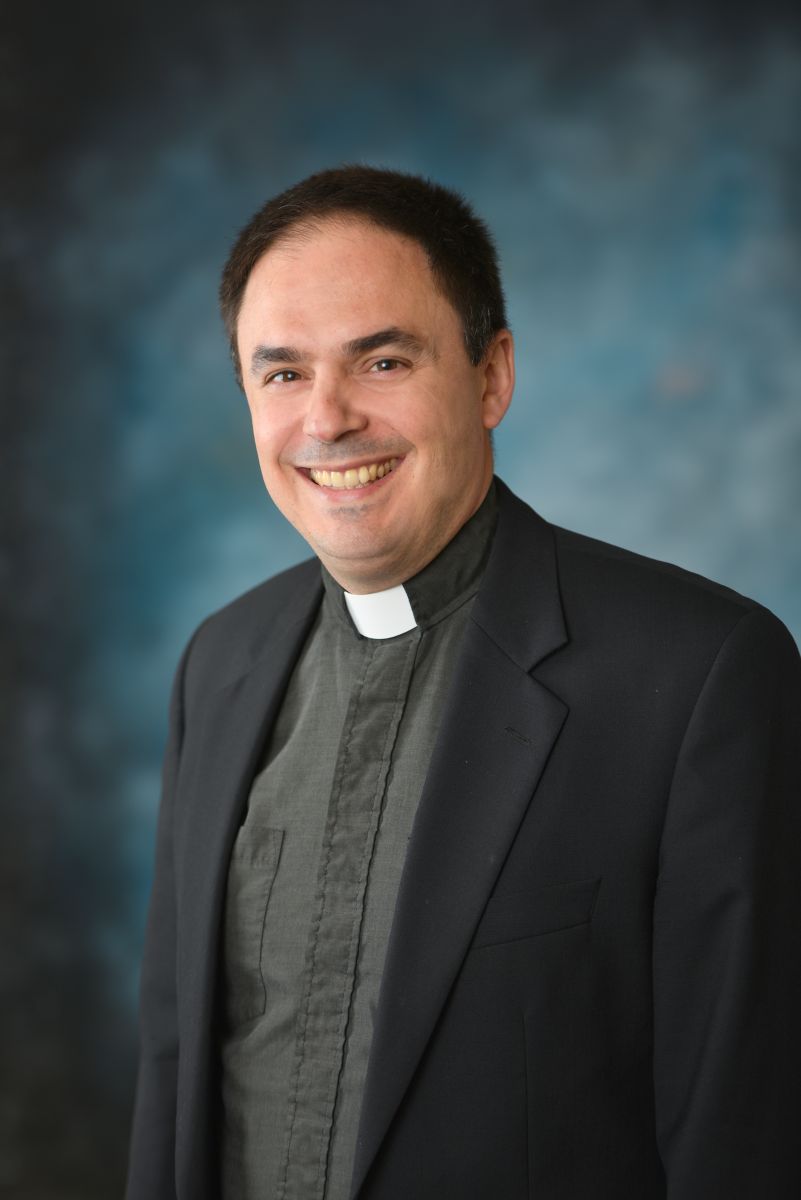 Lumen Christi Award nominees are described as “hidden heroes” in our midst and honor priests, women religious, or laypeople who help foster Catholic communities that build faith, inspire hope, and ignite change. As a nominee, Fr. Dumais receives $1,000 to benefit a specific ministry. If he is named a finalist, he will receive $10,000 for the ministry with the overall winner receiving a $50,000 grant. The finalists and winner will be announced later this fall.

The hope Fr. Dumais brings to those around him has served as inspiration to the many fortunate enough to cross his path. He addresses immediate needs in the community and works to alleviate hunger and create sustainability through a focus on parish social ministry and the environment. Under his leadership, a closed school now houses a food pantry and free thrift store. Fr. Dumais also created two parish staff positions to aid this ministry, believing that parish social ministry deserves the same staff support as faith formation.

Major projects under Fr. Dumais include a parish-based, online farmers' market that provides a growth opportunity for local farmers and affirms their work. In addition, Fr. Dumais created the Catholic Rural Life Festival set for September 13-14 in Farmington. The annual festival features a dynamic lineup of special events, activities, and liturgies all designed to bring awareness to our call to be stewards of creation.

“This ministry rooted in Catholic Social Teaching revives the spirit of festivity,” said Doug Fox of Unity College in Unity. “The Catholic Rural Life Festival nourishes the soul of the person and the Church by demonstrating the unity that runs through liturgy and conversation, craft and dignity, the sacraments and local food, charity and folk music.”

Fr. Dumais’ demonstrations of sincere love of neighbor give him credibility to speak about the Catholic faith. The many seeds of charity he has planted through his work are now leading to spiritual growth in his parish. The year he arrived, the parish did not celebrate one first Eucharist. This year, nearly 20 people will take part.

Early in Fr. Dumais’ vocational discernment, he met a wise old monk who serenely told him his vocation: your vocation is that vocation that will cause you to love the most.

“He seemed to say everything and nothing in the same moment,” said Fr. Dumais. “Subsequently, I have spent years attempting to apply that proverb as the measure for what to do next and, in doing so, often discovered that I have not yet begun to love fully.”

A native of Madawaska, Fr. Dumais attended Madawaska Middle and High Schools before attending the Franciscan University of Steubenville in Ohio, from which he graduated with a bachelor’s degree in theology after a three-year hiatus to work on a farm in Kansas specializing in open pollinated seed production. Prior to entering St. John’s Seminary in Brighton, Massachusetts, in 1999, he taught middle school at St. Joseph’s in Manchester, New Hampshire. While in residence at St. John’s Seminary, Fr. Dumais completed his academic preparation for ordination with a M.Div. and M.A. in theology in addition to earning a M.A. in philosophy from Boston College. He was ordained to the priesthood on May 29, 2004, at St. Thomas Aquinas Church in Madawaska.

Upon his ordination, Fr. Dumais served at parishes in Waterville, Winslow, Oakland, Fairfield, and Vassalboro. In 2007, Fr. Dumais was assigned to Saint Joseph’s College in Standish as the priest-chaplain, followed by assignments to parishes in Bridgton, Fryeburg, Windham, Gorham, Westbrook, and Lewiston, which included service as chaplain at Bates College. From 2014 to 2016, Fr. Dumais served as chaplain at St. Mary’s Regional Medical Center, St. Mary’s d’Youville Pavilion, St. Mary’s Residence, and Central Maine Medical Center, all located in Lewiston. In July of 2016, he was named pastor of St. Joseph Parish and St. Rose of Lima Parish, where he serves today.

All are encouraged to join Fr. Dumais at the Catholic Rural Life Festival next weekend. Click here for the complete schedule.