PORTLAND---In celebration of its 150th anniversary, the Cathedral of the Immaculate Conception will host a reception to benefit one of the many benevolent programs that helps parishioners to share God’s love and mercy with people in need.

The Portland Peninsula & Island Parishes will host the 150th Anniversary Reception on Saturday, December 7, the eve of the Solemnity of the Immaculate Conception. Following a 4 p.m. Mass celebrated by Bishop Robert P. Deeley, the reception will be held in the cathedral’s Guild Hall at 5 p.m. 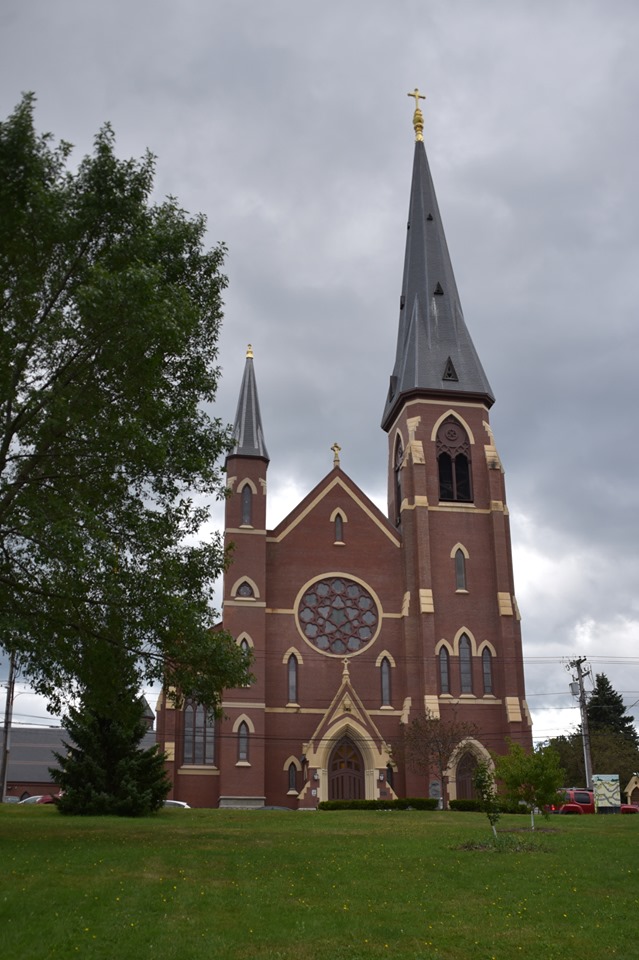 Although there is no charge to attend the reception, a donation ($20 per person/$50 for a family) is suggested with all proceeds to benefit the St. Vincent de Paul Soup Kitchen. Located in Guild Hall, the St. Vincent de Paul Soup Kitchen offers free meals to those in need Monday through Friday from 11 a.m. to 12:30 p.m. Clothing is also offered each Friday, and people of all faiths are welcome at the kitchen.

The registration deadline is November 27. All those who register will be entered into a drawing for a $250 gift certificate to Maria's Ristorante in Portland.

The reception is the latest in a series of special events designed to honor a church that has inspired the practice of loving God and neighbor by its beauty for generations, including a presentation by Monsignor Marc Caron on the nature and architecture of the cathedral, and a Mass, celebrated by Bishop Deeley, to mark the actual anniversary on September 8. 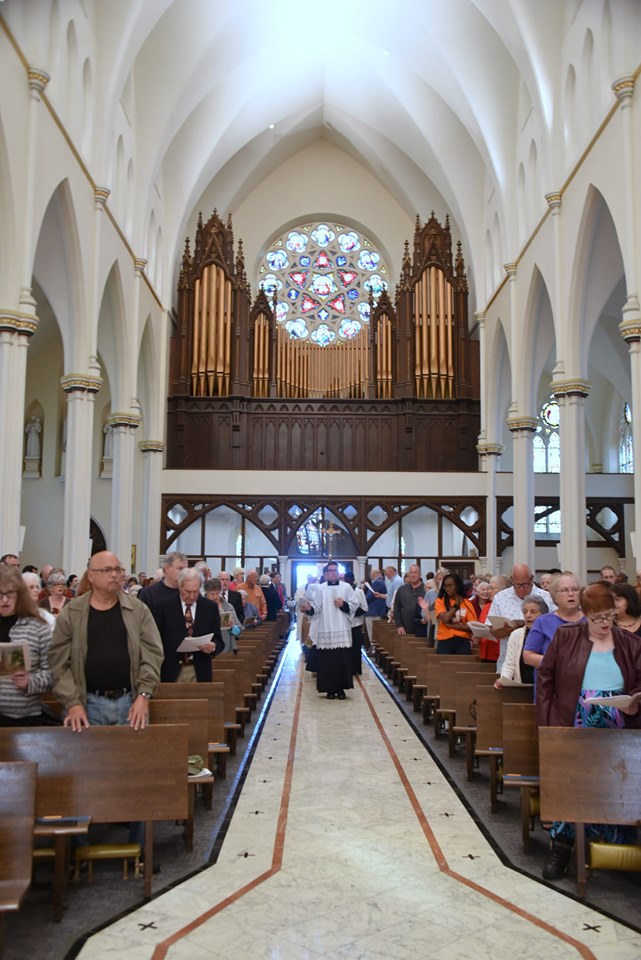 “The construction of the cathedral was only the first step,” said Bishop Deeley. “Each day, the cathedral is still being built into the house of God, as together, we strive to live Jesus’ commandment of loving one another. As we celebrate this anniversary, we pray that as this cathedral stands on the hill pointing all who see it to God, it might also be the place from which those who worship there go forth to become a living Gospel, bringing the love and mercy Jesus lived into Portland and Maine.” 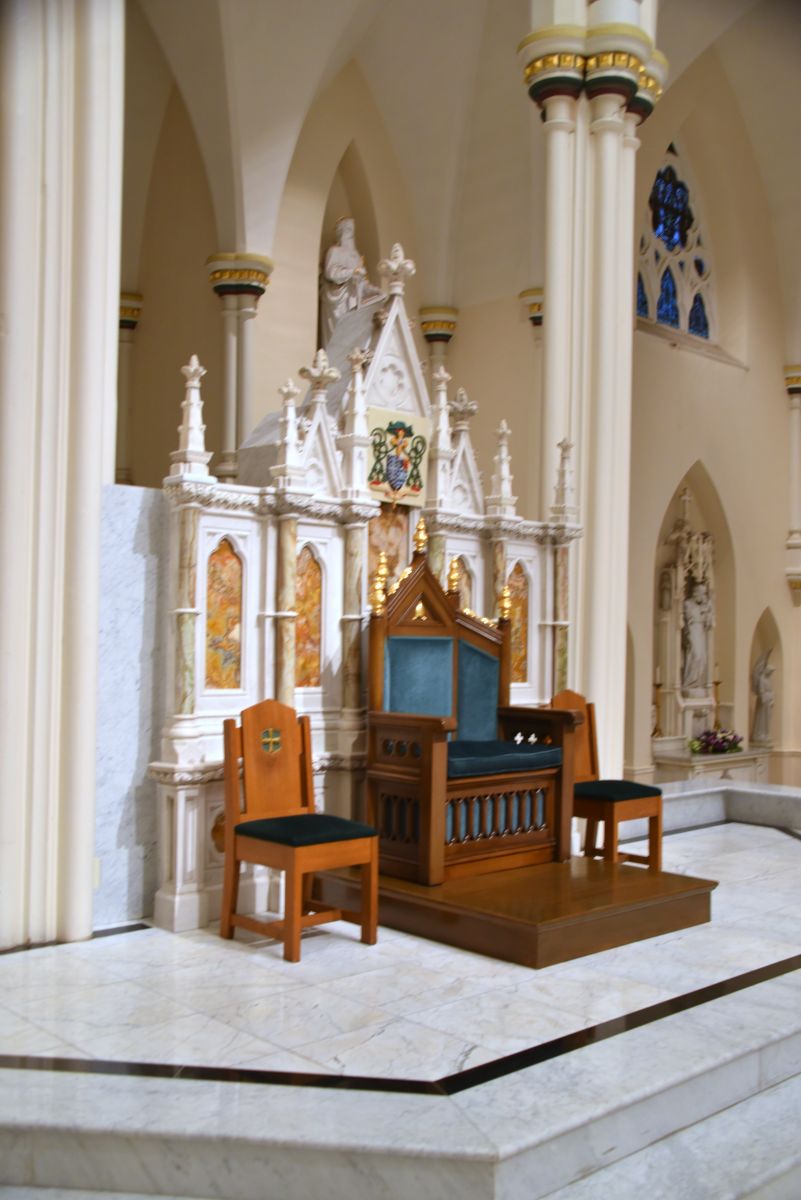 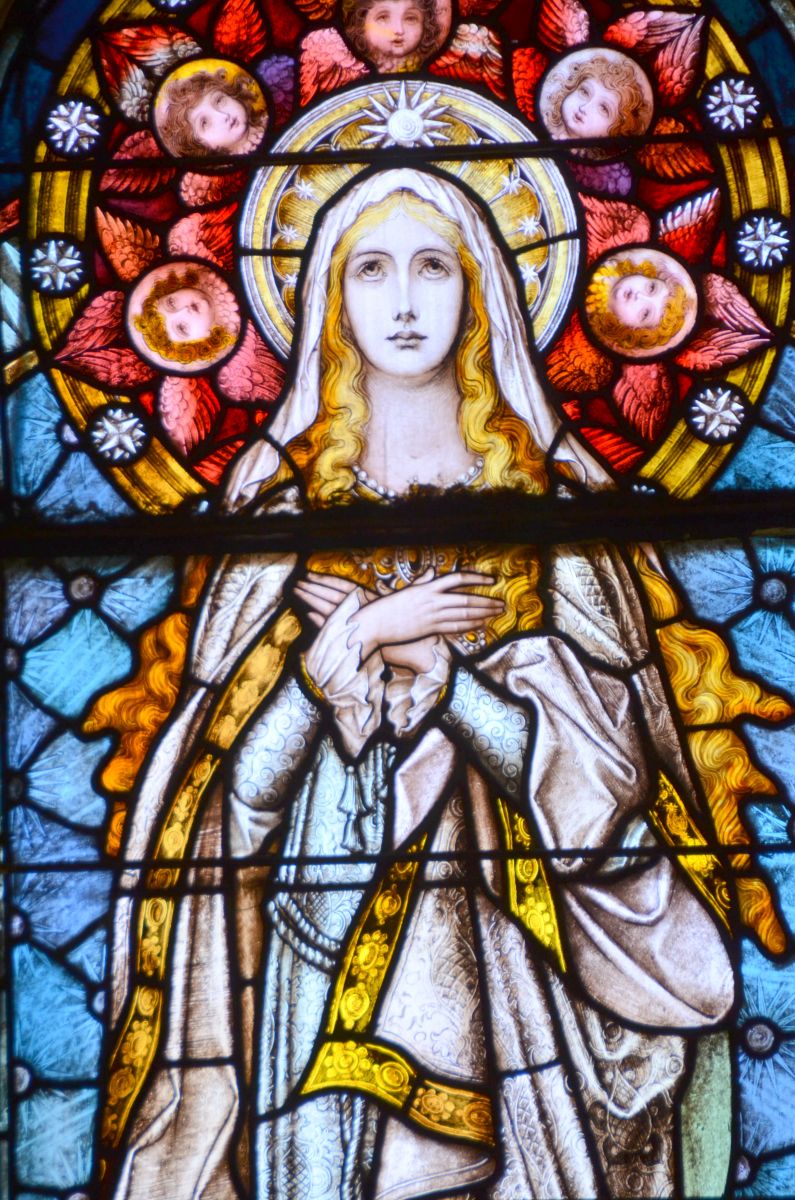 He would go on a fundraising tour through the Northeast and into Canada to raise the necessary money to rebuild. With perseverance and a remarkable influx of funds, a reconstructed chapel was completed by Christmas and construction on the new cathedral commenced in 1868. The cathedral was opened and dedicated on September 8, 1869. On the night of the dedication, a storm knocked down the steeple.

“The weather was not good. It was foggy and rainy. There were not able to be processions outside. As the day went on, the wind picked up. And then, in the evening, the storm became worse,” Bishop Deeley shared with the congregation at the anniversary Mass in September. “A casualty of the freak storm was the cathedral’s steeple which was blown over and landed on the house across Cumberland Street. Fortuitously, no one was hurt. Bishop Bacon, with his persistent spirit, ordered the steeple rebuilt, and it was completed within two months. The new steeple measured 203’ and 4.’ To the present, this cathedral is still the building which catches the eye as one approaches the city or passes through.” 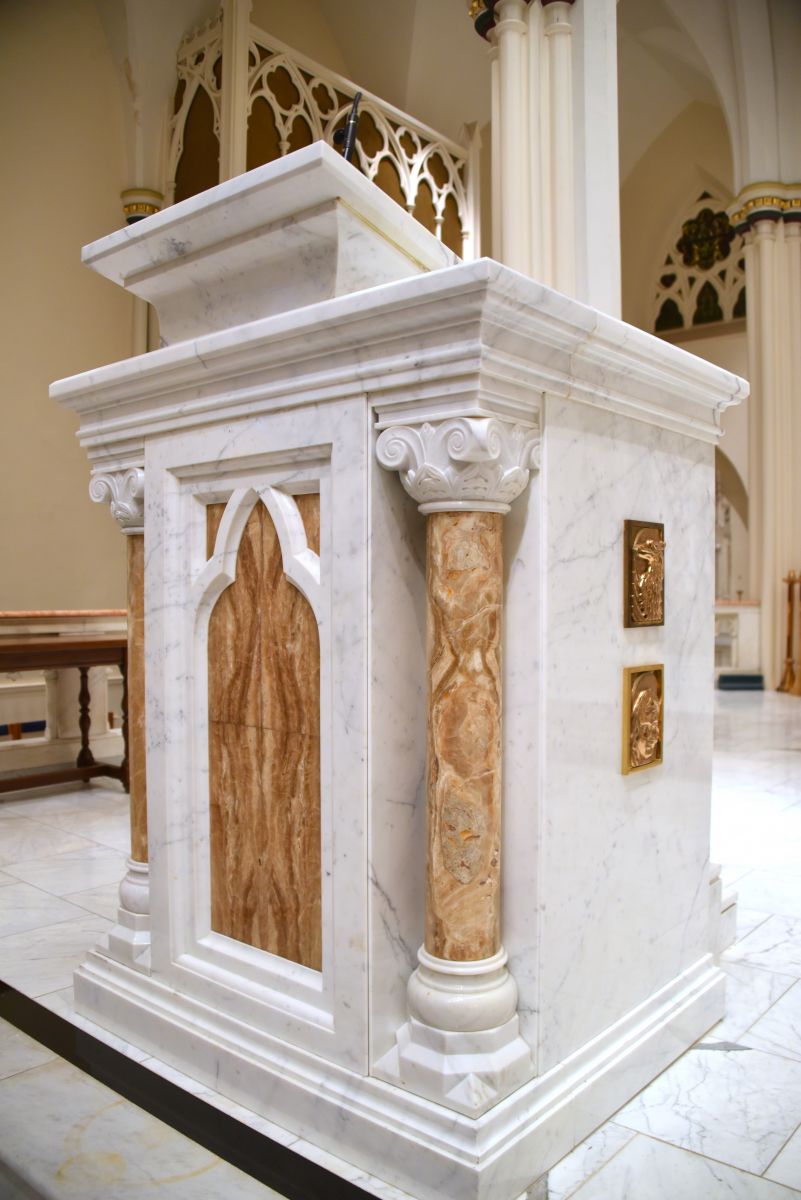 The red brick cathedral is an architectural marvel in the Gothic Revival style, a movement which looked to the European middle ages and its architecture for inspiration. Asymmetrical bell towers and elongated spires overlook Portland Harbor and Casco Bay. The vaulted ceiling, punctuated by an arcade seven arches, rises 70 feet above the 150-foot main aisle, with seven pillars on each side of the nave. 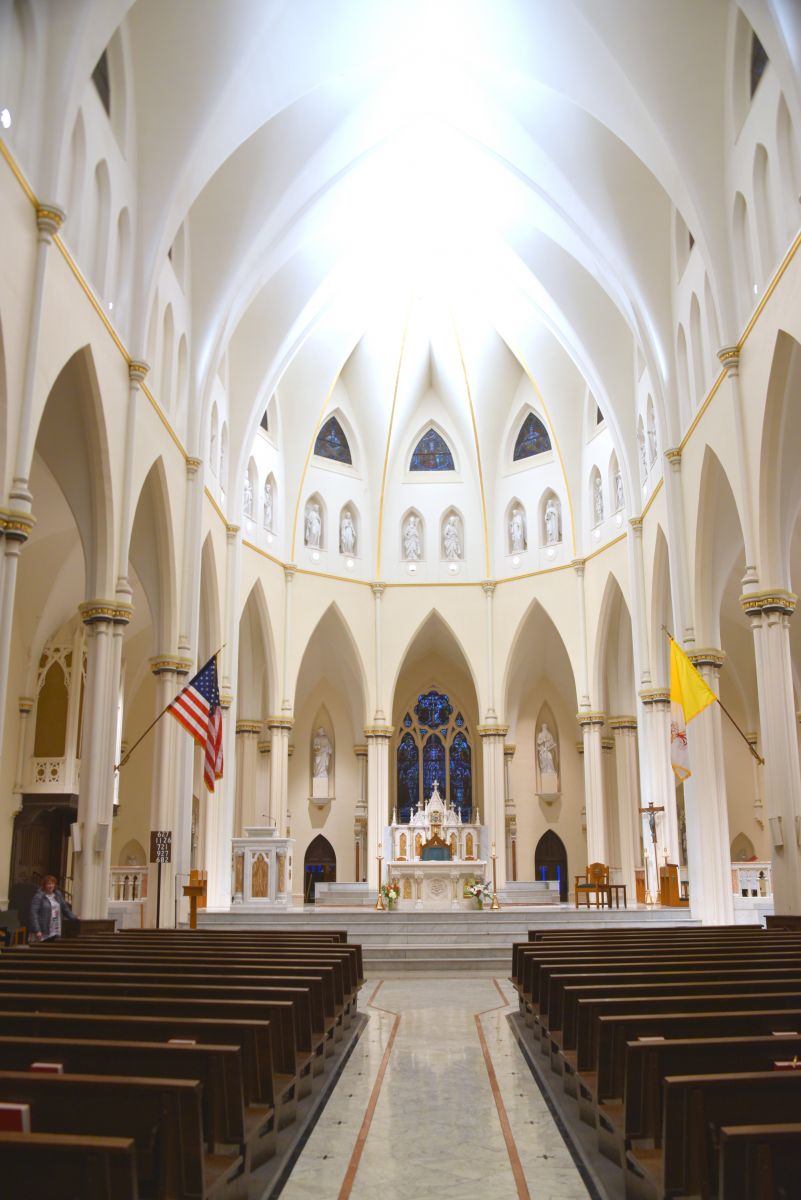 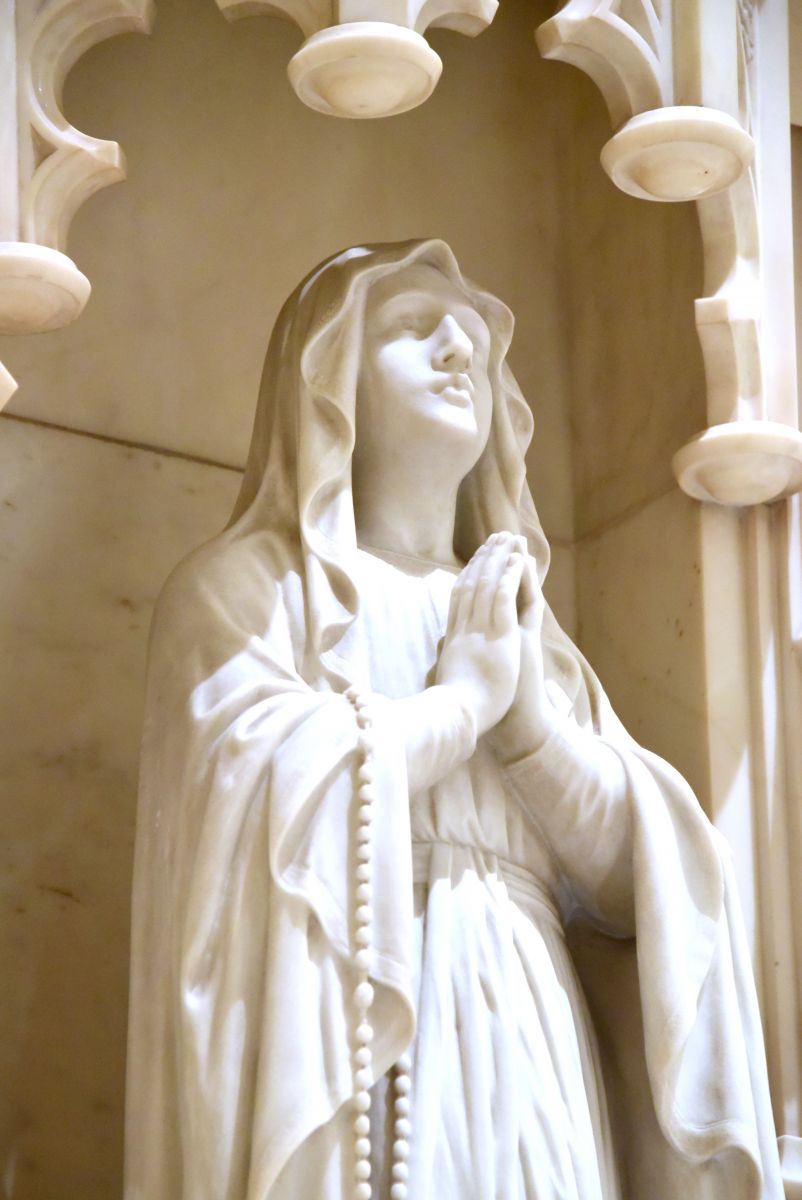 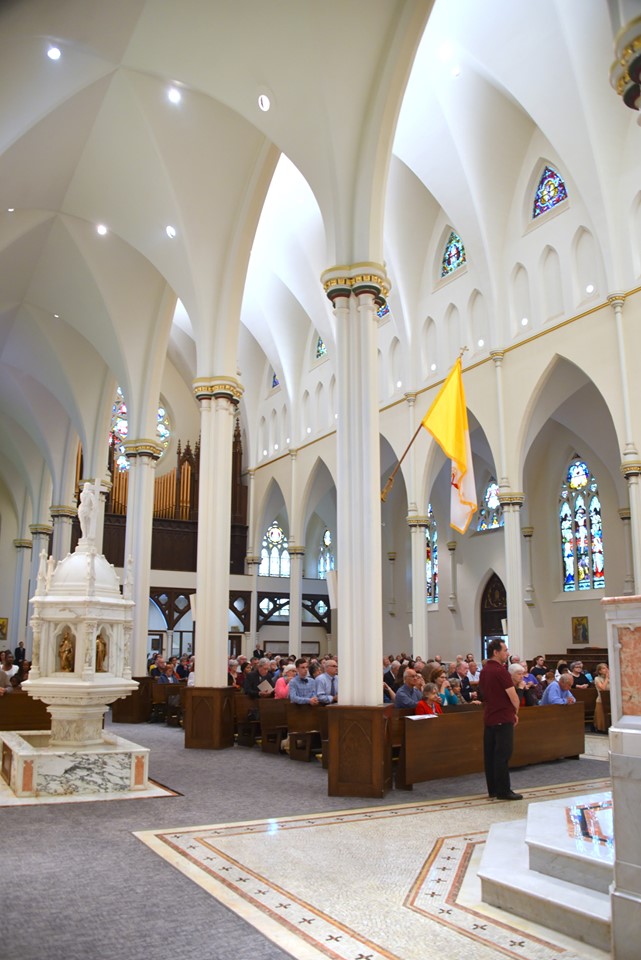 “The cathedral continues to be a beacon of hope, where our wonderful, faithful, diverse community of faith comes together to be nourished with the sacraments and to serve our brothers and sisters,” said Father Greg Dube, who is the current rector of the cathedral. “God truly has blessed our Cathedral parish!”