PORTLAND---“They have erected the noblest and most elegant of structures.”

The words of Fr. I.T. Hecker on September 8, 1869, during the Mass of Dedication for the Cathedral of the Immaculate Conception, the tallest structure in Portland (many additional pictures below), still ring true, and all are invited to gather on a special moment to commemorate the 150th anniversary of this magnificent symbol of faith, worship, and service. 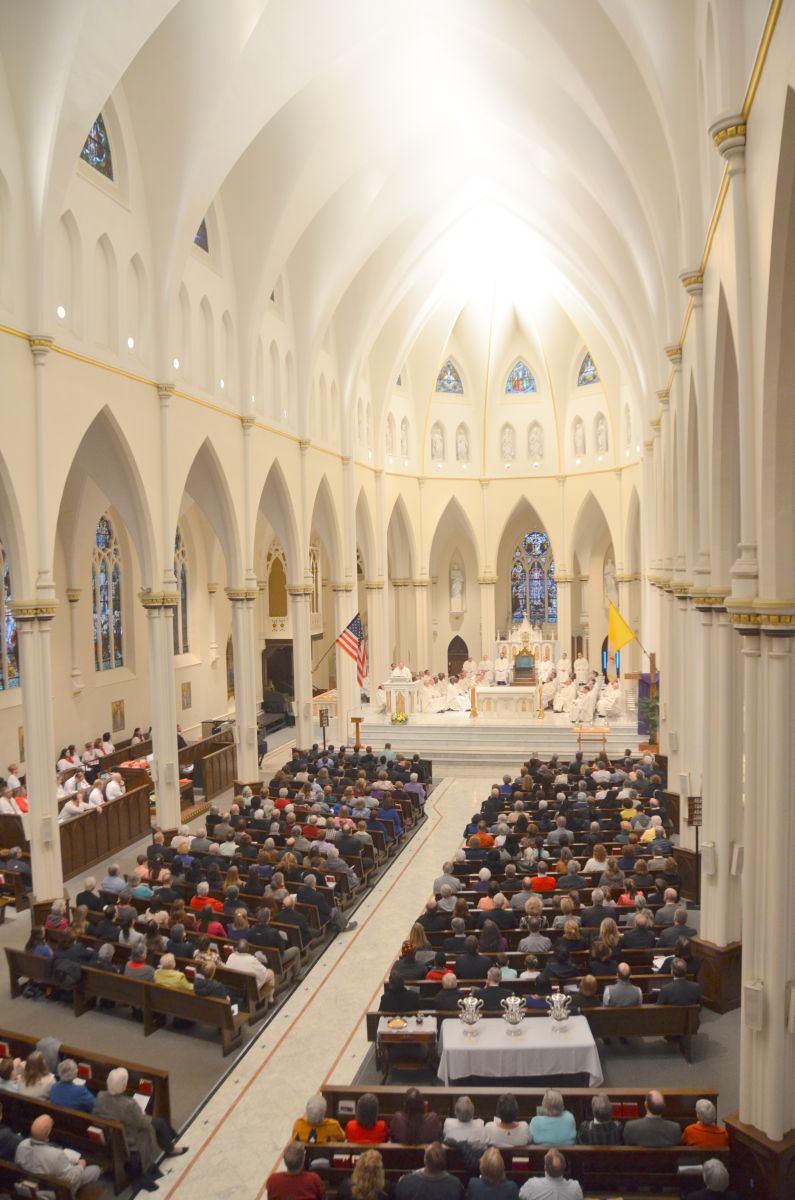 On Sunday, September 9, the 150th Anniversary Mass of the Cathedral of the Immaculate Conception will be held at 10 a.m. Bishop Robert P. Deeley will celebrate the Mass, which fittingly falls on the Feast of the Nativity of the Blessed Virgin Mary. The cathedral’s cycle of windows depicts scenes from the life of the Blessed Virgin Mary, the first and foremost disciple, who is honored under the title of the Immaculate Conception. The Mass is one of a series of special events designed to honor a church that has inspired the practice of loving God and neighbor by its beauty for generations. 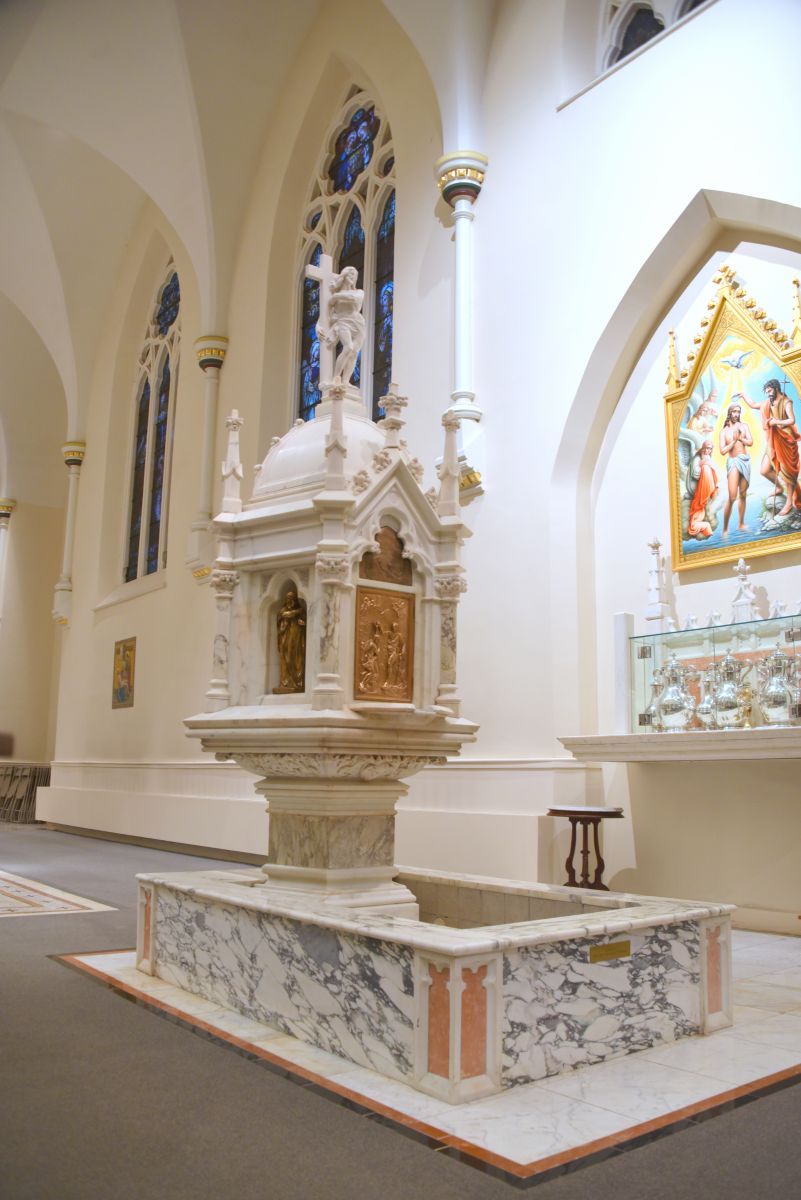 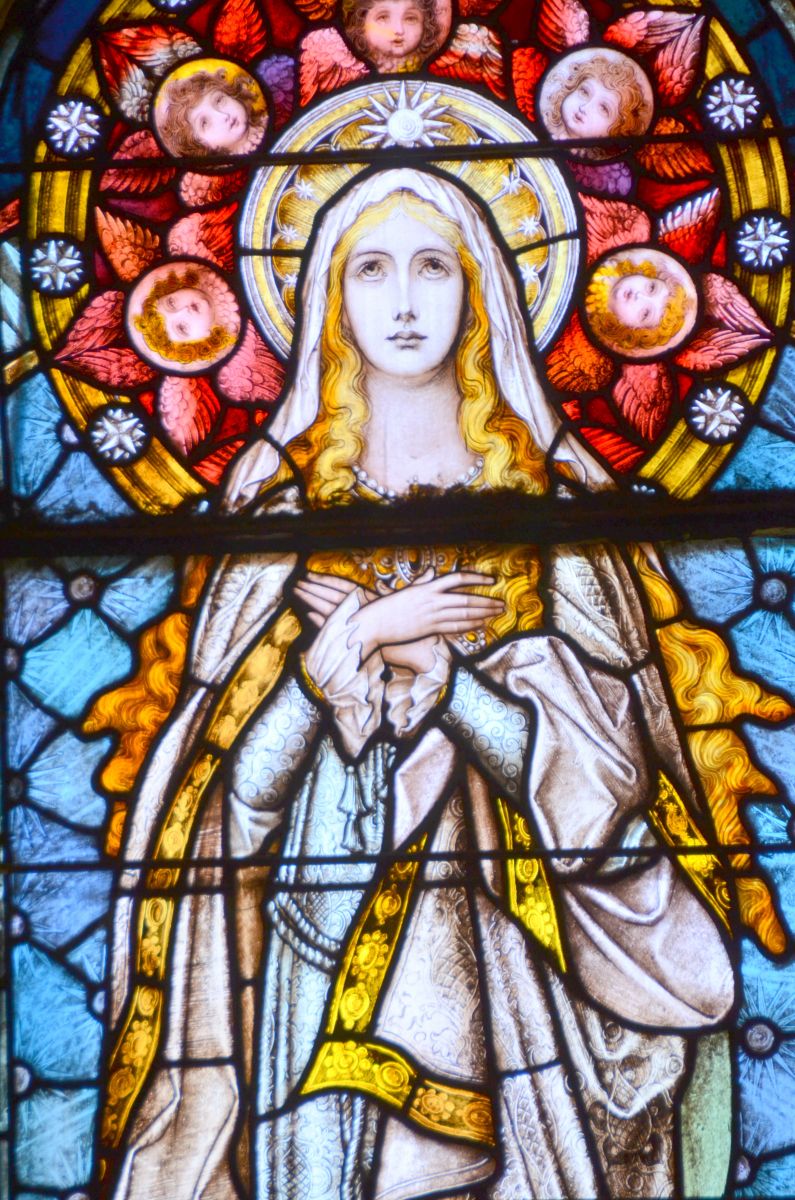 He would go on a fundraising tour through the Northeast and into Canada to raise the necessary money to rebuild. With perseverance and a remarkable influx of funds, a reconstructed chapel was completed by Christmas and construction on the new cathedral commenced in 1868. The cathedral was opened and dedicated on September 8, 1869. On the night of the dedication, a storm knocked down the steeple, but was rebuilt soon after and has remained in place ever since.

The red brick cathedral is an architectural marvel in the Gothic Revival style, a movement which looked to the European middle ages and its architecture for inspiration. The cathedral is the prominent feature visible in the city skyline with its asymmetrical bell towers and elongated spires. Its three steeples overlook Portland Harbor and Casco Bay. The vaulted ceiling, punctuated by an arcade seven arches, rises 70 feet above the 150-foot main aisle, with seven pillars on each side of the nave. 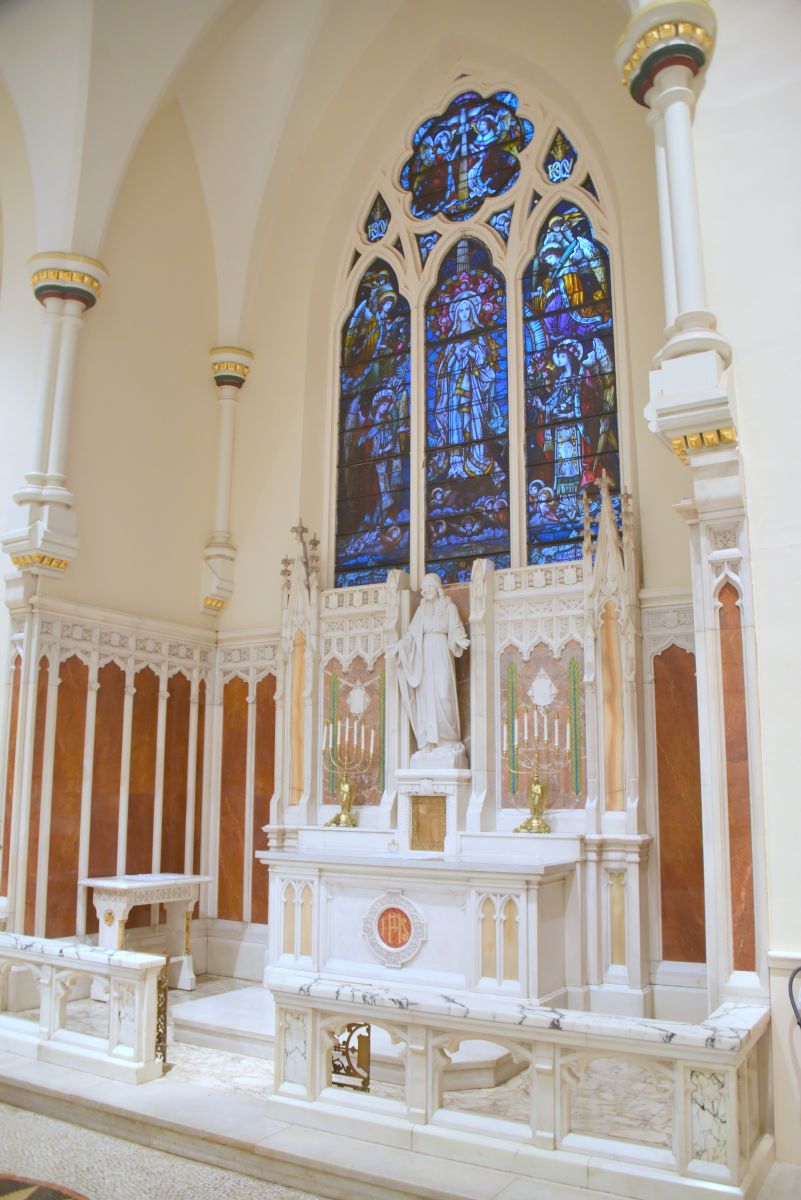 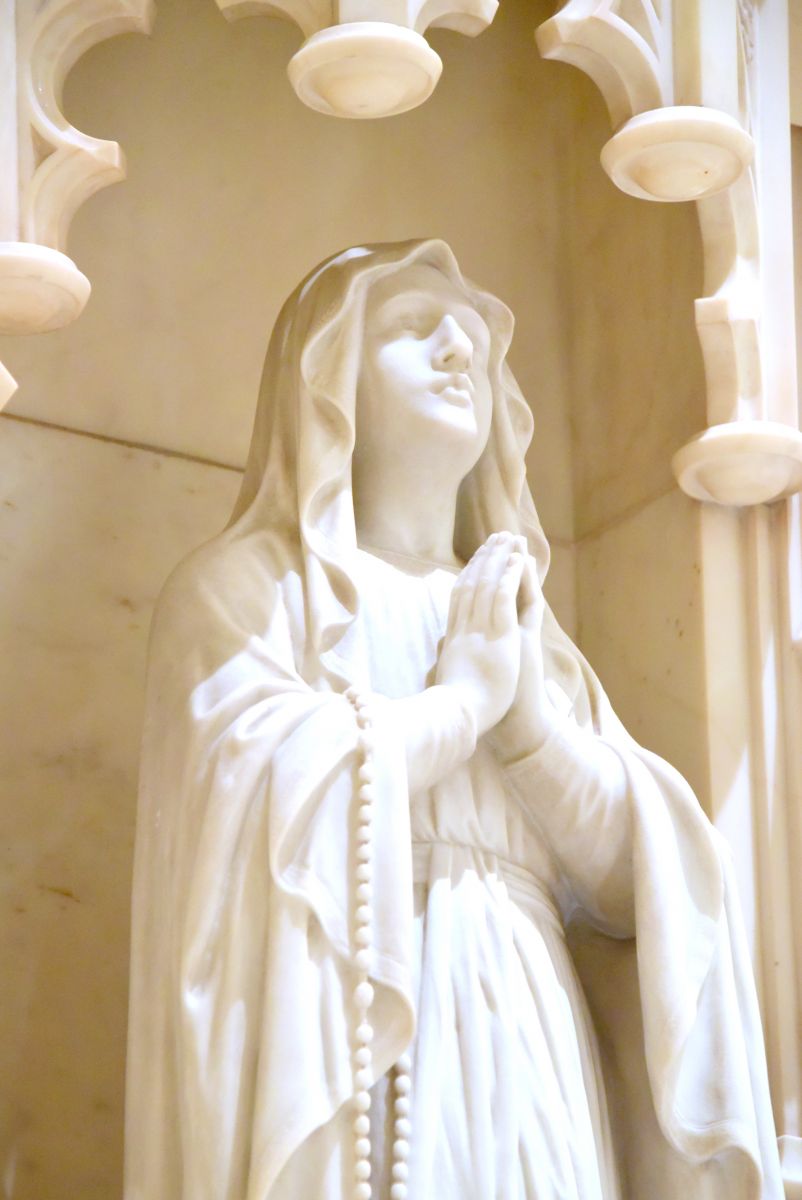 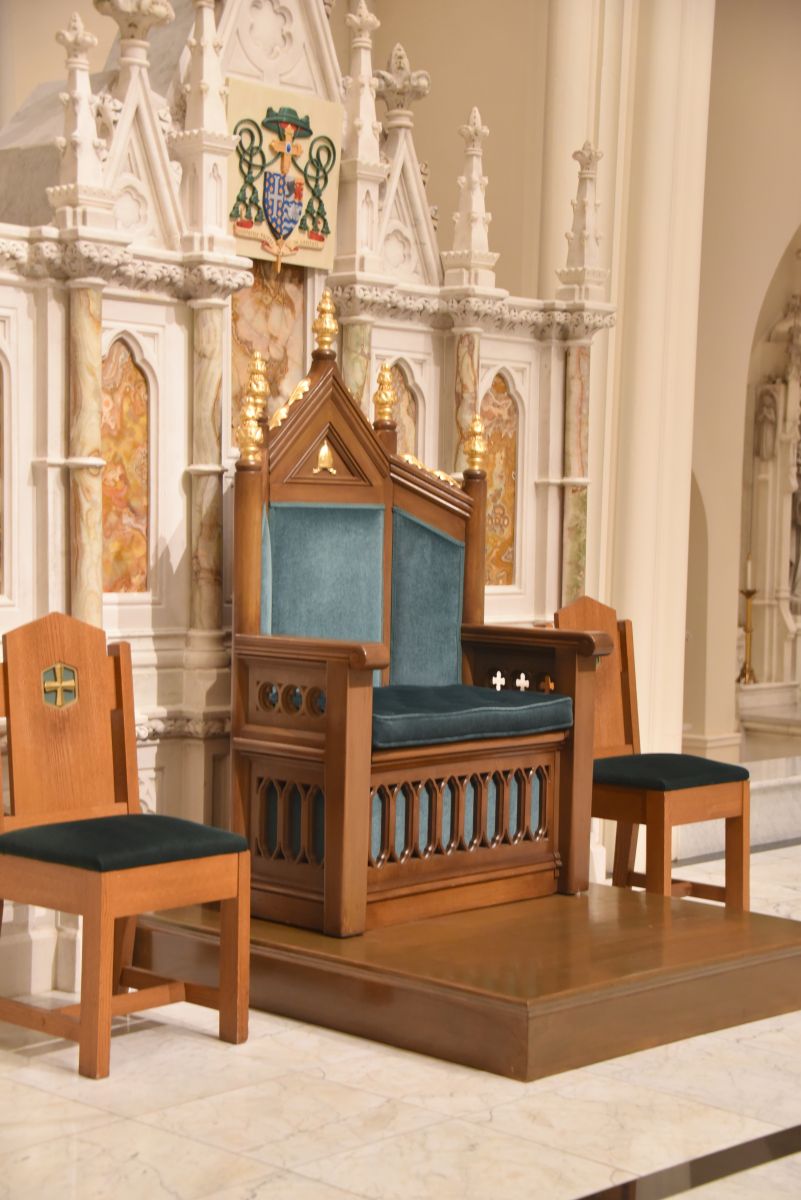