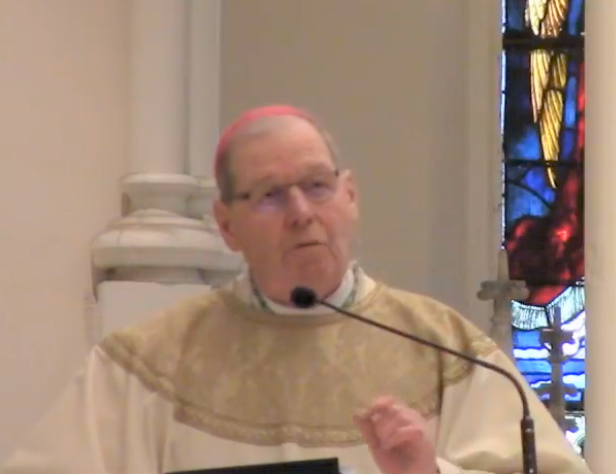 PORTLAND---“Jesus is with us. That is what we celebrate today on this Feast of the Ascension.”

On Thursday, May 21, Bishop Robert Deeley celebrated a special, live-streamed, afternoon Mass at the Cathedral of the Immaculate Conception in Portland to commemorate the Solemnity of the Ascension of the Lord.

The solemnity is sometimes referred to as “Ascension Thursday” because its official observance takes place exactly 40 days after Easter, the day of Christ’s resurrection. It is the final piece of the paschal mystery which began with Christ's passion and death. The Solemnity of the Ascension of the Lord celebrates Christ's bodily ascension into heaven, which occurred in the presence of his apostles. Because Christ ascended, we, as members of the Body of Christ, also look forward to ascending into heaven after our bodily resurrection as Jesus’ resurrection gives meaning to his teaching.

“Jesus’ time on earth had to come to an end. But he could not leave until he was secure that the disciples understood what had happened in those days following the Last Supper,” Bishop Deeley said during his homily. “He needed to be sure that they truly believed the wonderful thing that had happened on Easter. He had risen from the dead.”

It is the final moment of Jesus’ earthly mission and though Catholics mark it as a departure, the bishop noted that Jesus didn’t really depart, but only changed his way of being present to us, ascending into heaven and continuing to be the bridge between God and his human creation until the end of time.

“In his resurrection, we find our hope. As the prayer says today ‘he ascended, not to distance himself from our lowly state but that we, his members, might be confident of following where He, our Head and Founder, has gone before,’” the bishop told those participating via livestream. “The interesting thing about this feast is that it celebrates a departure, Jesus’ departure, but it underlines an ongoing presence. Jesus only leaves so that he can be with the disciples, and all of us, from then until now.”

Bishop Deeley said that through the disciples in today’s Gospel (MT 28:16-20), we are made to realize the reality of the human condition.

“As a group, the disciples were not very promising. One might say that if this were a personnel decision on Jesus’ part, he might say that he wanted to advertise the job again. The Scripture makes very clear to us that the disciples were very human and very ordinary. And yet they were chosen and they did what Jesus sent them to do. Despite their problems and their inadequacies, and even their sins, Jesus continued to love them and had confidence in them as his disciples. He entrusted them with the work of the Church.” 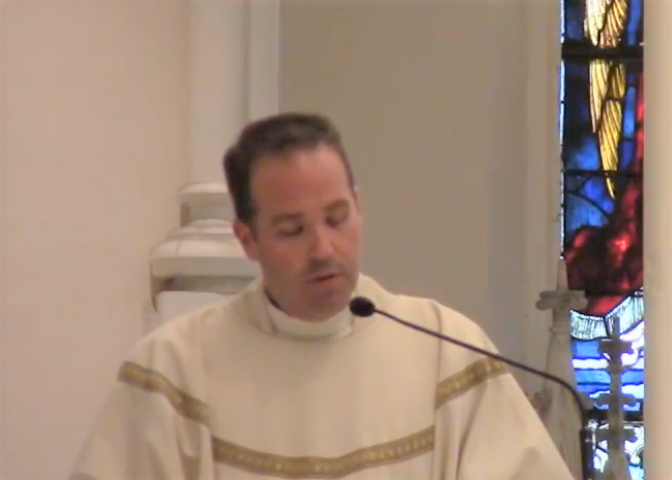 These ordinary people realized the extraordinary truth that Jesus had not left them.

“Because they knew of his presence in their lives, they were able to carry out the mission he gave them. They were able to ‘Go and make disciples of all nations,’” said Bishop Deeley. “What was true for the disciples is true for us. Jesus is our hope. He who rose from the dead promised to be with us. We believe that he is. We know that he accepts us in our inadequacies just as he did the disciples. He loves us. He forgives us when we ask for it. Know the gift that is ours. The gift of the love God. Treasure the relationship with Jesus. Deepen it in your lives, and, in joy, share it with others.”

Catholics celebrate the descent of the Holy Spirit upon the apostles on Pentecost Sunday (May 31, 2020) as it brings us face to face with the core of the Gospel: Christ's saving message being transmitted to all people through the witness of the Church.

During the days between the Solemnity of the Ascension of the Lord and the Solemnity of Pentecost, Catholics are called to intense prayer for the coming of the Holy Spirit. This time of prayer comprises a novena. Our Lady of Hope Parish in Portland is offering a nightly, live-streamed novena for all who wish to participate, and the Diocese of Portland’s Office of Lifelong Faith Formation has crafted a novena for young adults.