Fr. Selvaraj Kasi, HGN, (“Fr. Selvaraj”) has been appointed parochial vicar at Prince of Peace Parish (Basilica of Saints Peter and Paul, Holy Cross Church, and Holy Family Church, all in Lewiston), Holy Trinity Parish in Lisbon Falls, and Our Lady of the Rosary Parish in Sabattus. 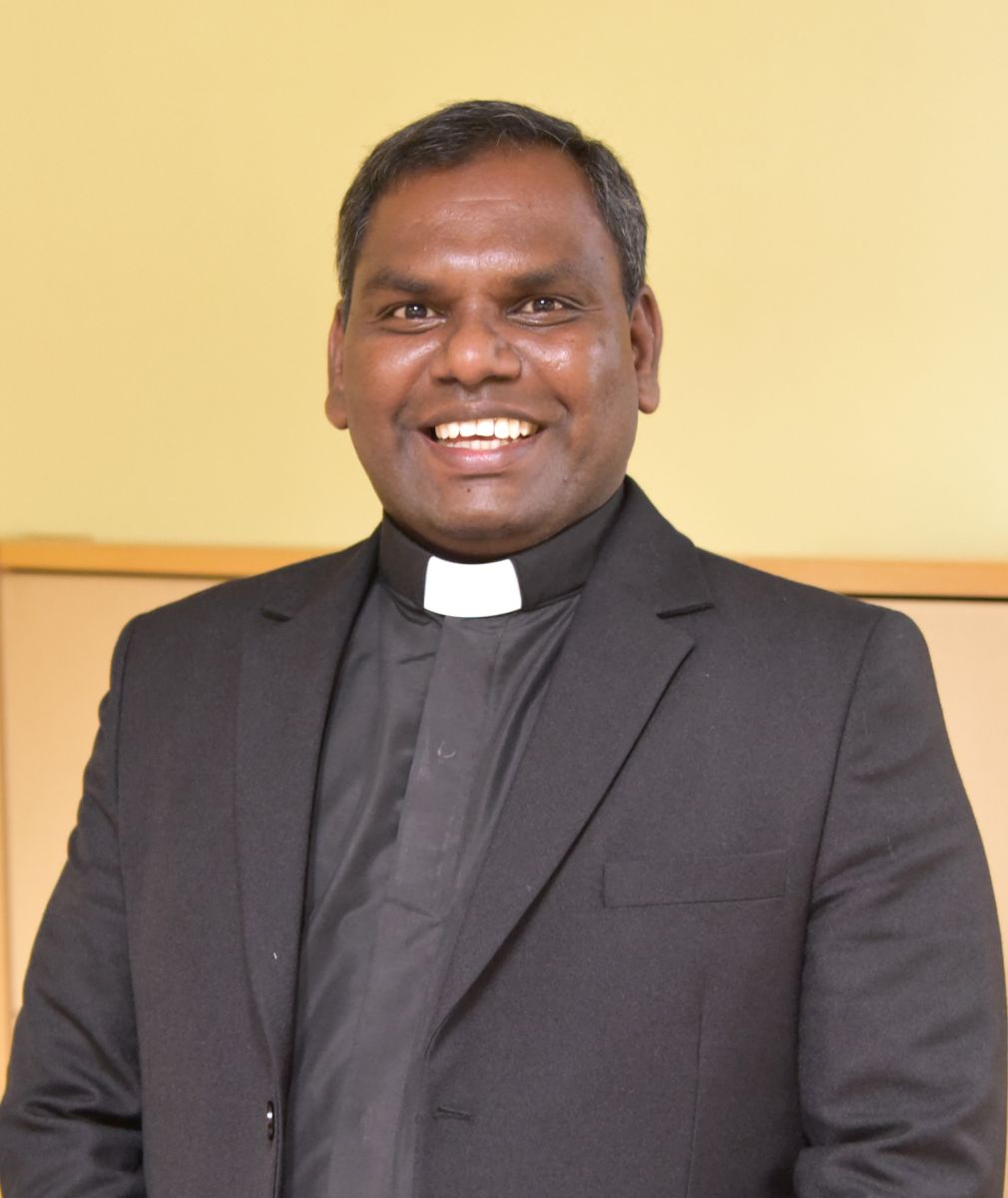 Born in 1979, Fr. Selvaraj attended school in Tiruvannamalai, a city in the state of Tamil Nadu, India, graduating from Danish Mission High School in 1994. He attended junior college in Tiruvannamali before entering Sacred Heart College in Tirupattur, India. He completed his clerical studies at St. John’s Minor Seminary in Nidadavole, India (2003-2005), St. John’s Major Seminary in Kurnool, India (2005-2008), and St. Augustine Major Seminary in Peramiho, Tanzania (2009-2013). While in seminary, he also did his regency (a period of pastoral ministry) teaching math and science in a town in the state of Orissa, India. Fr. Selvaraj was ordained to the priesthood on June 29, 2013, at Ulaga Madha Church in Tiruvannamalai.

Since his ordination, Fr. Selvaraj has served in Tanzania, including assignments in a hostel, teaching and caring for residents (2013-2014); as a correspondent at Queen Mary’s Secondary School (2014-2015); and as head master of the school (2015-2017). In addition, he also served as his congregation’s mission superior in the country before arriving in Maine in June of 2017.