All Welcome at “Consecration to St. Joseph” In Person and Zoom Programs in Maine During Lent 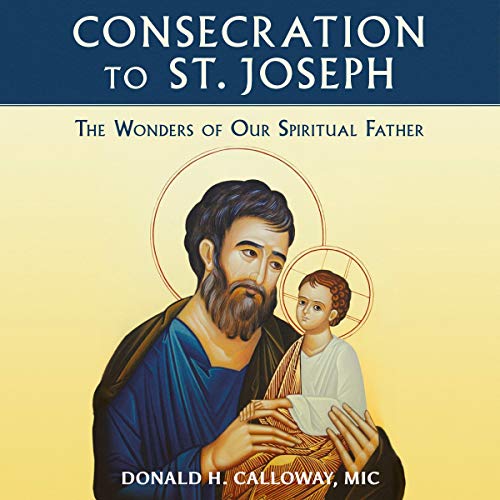 SACO---In the Year of St. Joseph, two Maine parishes will present opportunities for anyone interested to learn more about the universal patron of the Church and his life of wonder and ceaseless love.

“Consecration to St. Joseph: The Wonders of Our Spiritual Father” will be offered on Monday evenings at 6 p.m. in Most Holy Trinity Hall, located on 271 Main Street in Saco, from February 15 through March 19. The Lenten program, hosted by Good Shepherd Parish, invites people to join in person or from home as the group reads, studies, and prays from the book of the same title. Fr. Brad Morin, parochial vicar of Good Shepherd Parish, will facilitate the sessions. To register or for more information, call (207) 282-4812.

A similar program will be presented by St. Joseph Parish in Ellsworth via Zoom from February 15 to March 19. The 33-day virtual program involves spending 20-30 minutes a day “entrusting yourself to the saint’s paternal care” then meeting as a group via Zoom once a week. To register for the program, contact Joe Losquadro at joelos@roadrunner.com or (207) 664-0964.

The programs are based on Consecration to St. Joseph: The Wonders of Our Spiritual Father, a book by Fr. Donald Calloway, a member of the Congregation of Marian Fathers of the Immaculate Conception of the Most Blessed Virgin Mary. The book and programs aim to help restore order to our Church and world through the potent, paternal intercession and care of St. Joseph. Each day is a self-contained experience that includes three parts: a short passage that teaches the meaning of part of the Litany of St. Joseph, a passage on one of St. Joseph's wonders, and a prayer.

In December, Pope Francis proclaimed a special “Year of St. Joseph,” beginning on the Solemnity of the Immaculate Conception 2020 and extending to the same feast this year (December 8, 2021). In his Apostolic Letter entitled Patris corde (“With a Father’s Heart”), Pope Francis describes St. Joseph as a beloved father, a tender and loving father, an obedient father, an accepting father, a father who is creatively courageous, a working father, and a father in the shadows. The letter celebrated the 150th anniversary of Pope Pius IX’s declaration naming St. Joseph the patron of the Universal Church.

The Holy Father wrote Patris corde against the backdrop of the pandemic, which, he says, has helped us see more clearly the importance of “ordinary” people who, though far from the limelight, exercise patience and offer hope every day. In this, they resemble St. Joseph, “the man who goes unnoticed, a daily, discreet and hidden presence” who nonetheless played “an incomparable role in the history of salvation.”