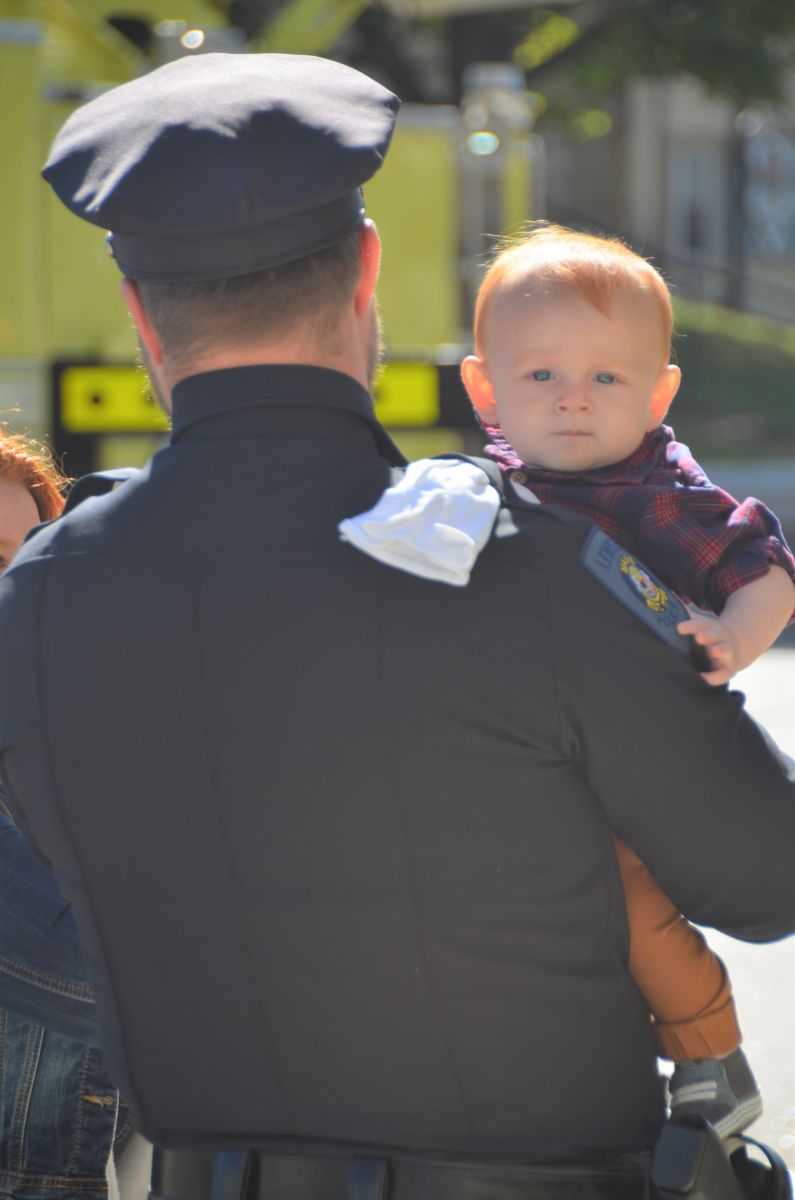 LEWISTON---A day of gratitude, honoring the fallen, and praying for the safety of heroes among us began with the sound of marching heels walking down the main aisle of the Basilica of Saints Peter & Paul.

Visible on the Bartlett Street side of the basilica were ladder trucks from the Lisbon and Lewiston Fire Departments displaying a massive American flag high in the air as a multi-jurisdictional honor guard comprised of members of four different public safety departments solemnly posted the colors in front of the sanctuary.

An assembly of hundreds stood in silence, with the pews full of either first responders or those wishing to thank them.

Moments later, Bishop Robert Deeley, priests, and deacons processed in, starting the 2021 Blue Mass (many additional pictures below), a venerable tradition in the Diocese of Portland that never loses its luster or lacks in meaning. 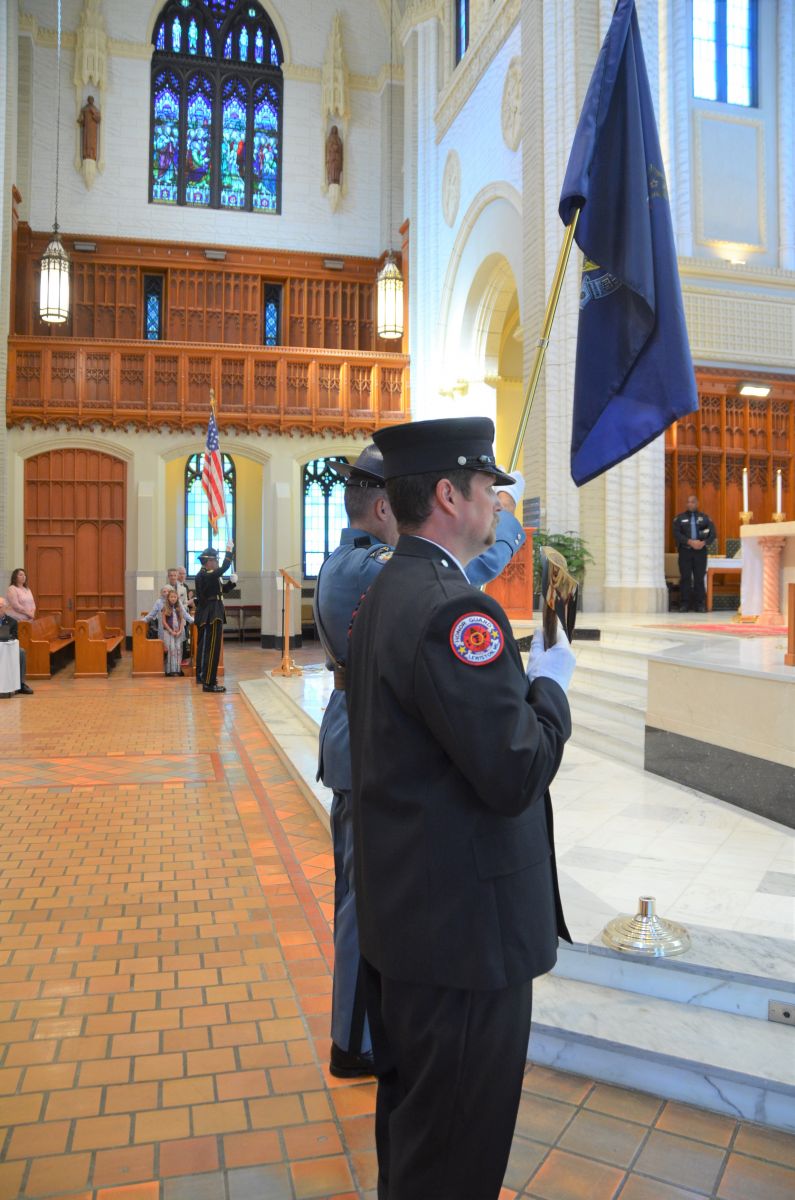 The Blue Mass (referring to the blue uniforms that firefighters, law enforcement and other first responders wear) dates back to 1934 and recognizes the dedication and self-sacrifice of all first responders. The events of September 11, 2001, served as the impetus for the Diocese of Portland to institute the Blue Mass locally.

“It is a good thing that brings us together this morning. We are here to perform an act of duty. We are here to remember,” the bishop told the large assembly. “We gather in thanks for the generosity of those who were the first responders, those who rushed into falling buildings to try to save those who were trying to get out, those who struggled to get the wounded to hospitals despite the difficulties, those who protected the citizens of the country when no one was sure what was happening. We must always remember that gratitude.”

The Blue Mass promotes a greater awareness of the lives of those who serve us so faithfully. It acknowledges that our lives are a gift from God, given to us that we might in turn give our lives in service to Him and to others. This truth is one virtually ingrained into the lives of police, fire, and rescue personnel who, day in and day out, put their lives on the line for the common good. 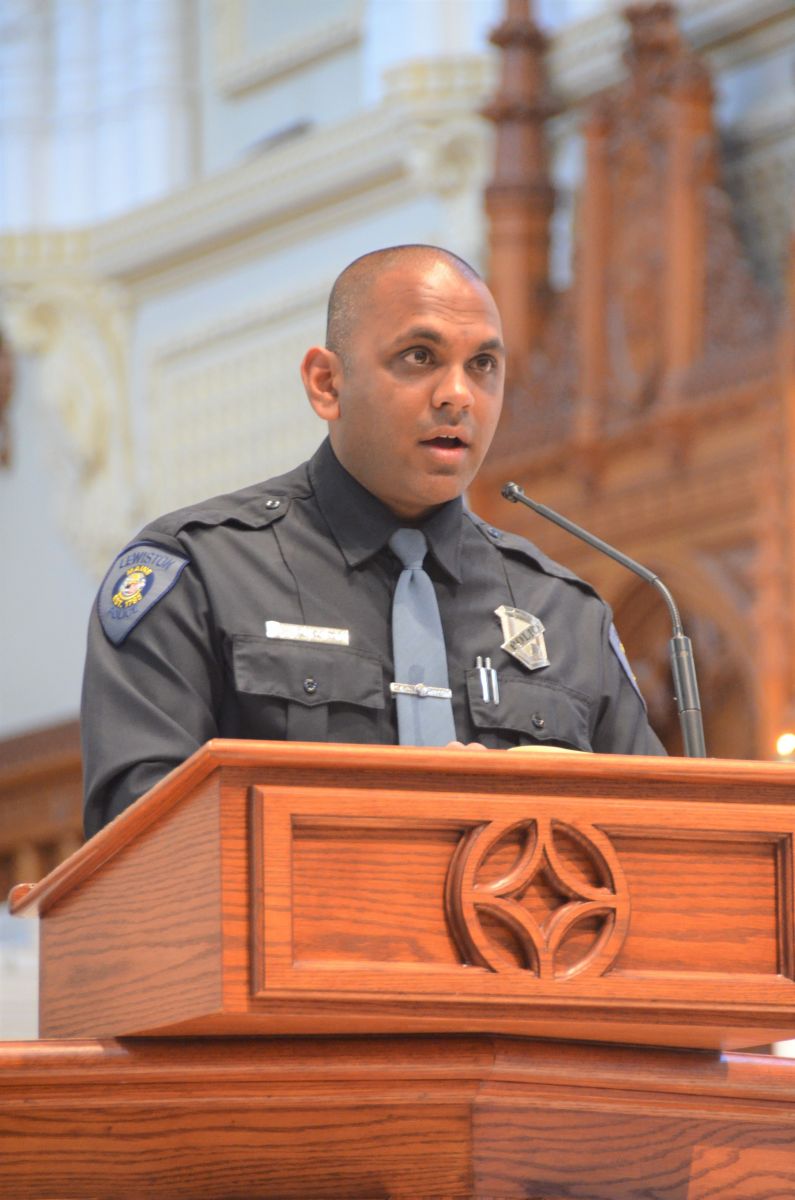 “Our first responders, police, firefighters, disaster personnel, game wardens, EMTs, and others keep us safe each day,” the bishop said during his homily. “We have certainly seen that during this year as we live through this pandemic. The strain on these first responders has been great as they themselves cope with an illness that has challenged all of us.”

Police and fire departments across the state are facing a depletion in personnel, forcing first responders to work more shifts and longer hours, a reality that makes their remarkable commitment that much more commanding of respect.

“In making arrangements for the Mass today, for example, I was told that it might be difficult to see a large number of first responders attend because they are stretched thin in keeping sufficient people on duty to maintain the safety of their communities,” said the bishop. “In remembering the heroism of September 11th and its aftermath, we need also to express our gratitude for the continuing service of the same groups of people. There have been challenges this year when some of our first responders might have wondered 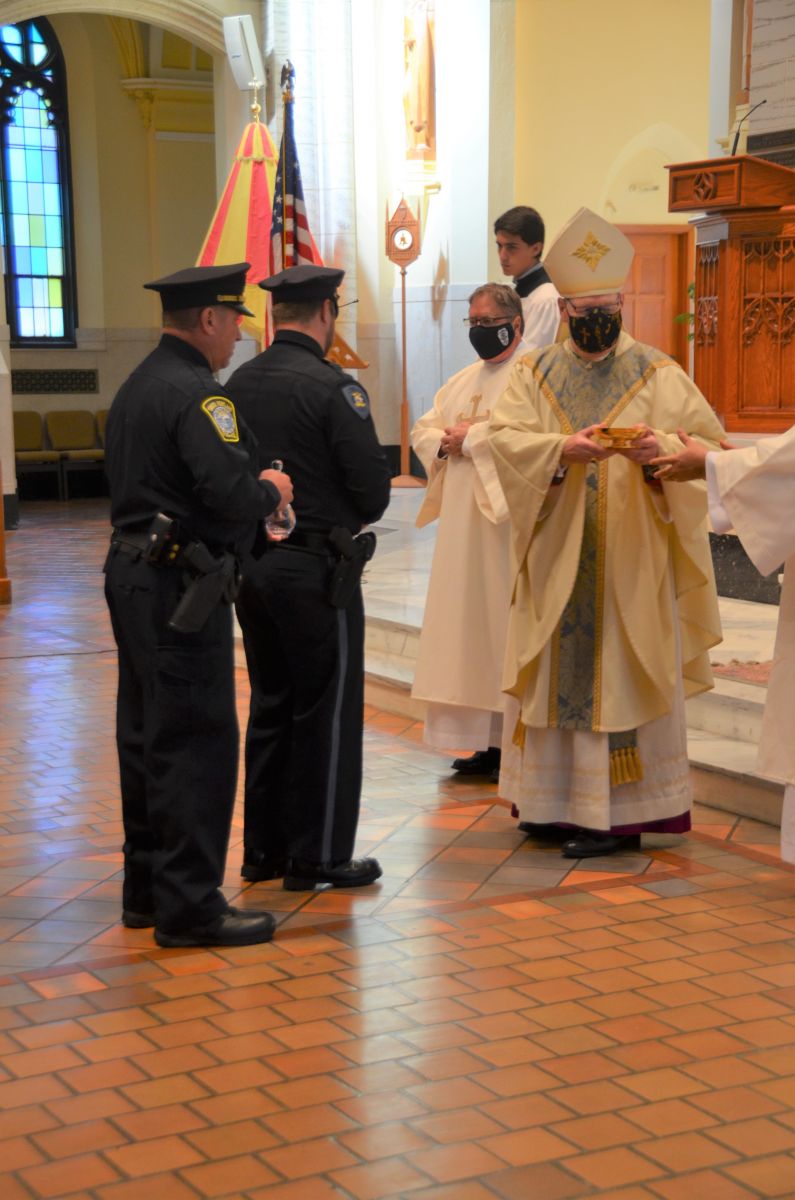 about that support. Some of our first responders have even been subject to attack. All the more does that make a gathering such as this necessary. It is a reminder of the good that is done by those who help to keep order in our society. That is the act of duty we live out together this morning.”

Many of the Mass’ participants are also connected to the public safety community, including two of the deacons. Deacon Kevin Jacques has served as the chaplain for the Biddeford Fire and Police Departments and the Saco Fire Department for two decades. Deacon Jeffrey Lewis, who is currently the chaplain for the Gardiner Fire Department, was an EMS provider for over 38 years and has served as a firefighter. Representatives from different public safety agencies served as gift bearers, while Auburn Police Chief Jason Moen and Detective Joe Philippon of the Lewiston Police Department served as readers.

Bishop Deeley commended them all during the Mass, saying that the task of those who want to follow Christ is the same task that Jesus shows in his own life: serving others. 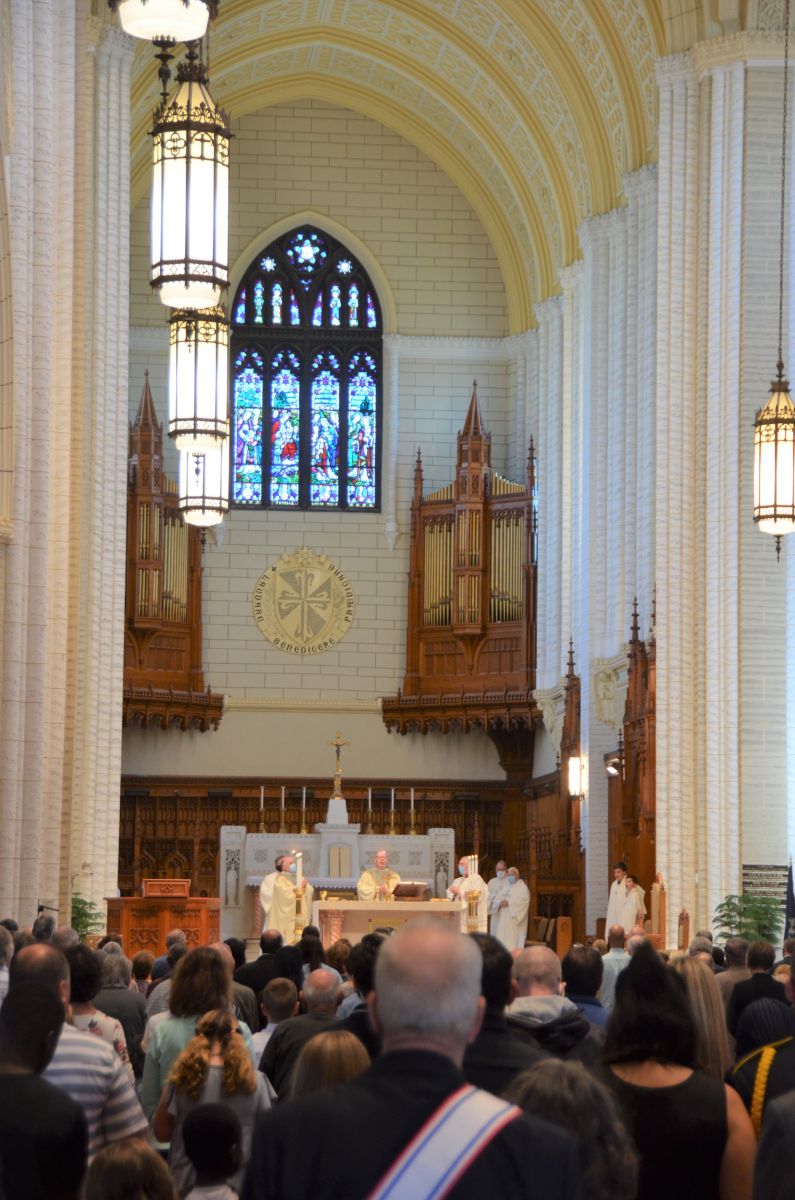 “It is giving of self, not getting for self. In sum, it is what we pause to honor today as we give thanks for the service of those who have chosen in their careers to serve the common good by watching over the safety of the public in the communities of our state. We give thanks for their service as we pray that we might all hear the call of the Gospel today and challenge ourselves to follow the Lord in service to one another.”

The Mass ended with Scott Vaillancourt, the director of music for the basilica, performing a stirring organ rendition of “America the Beautiful” along with trumpeters Alan Kaschub and Dan Laciano.

The Blue Mass is planned and organized by the diocese along with representatives from local, state, and federal public safety departments and agencies.

Following the Mass, a reception was hosted by the Knights of Columbus and Prince of Peace Parish, offering community members and dignitaries with the opportunity to thank the heroes in person.