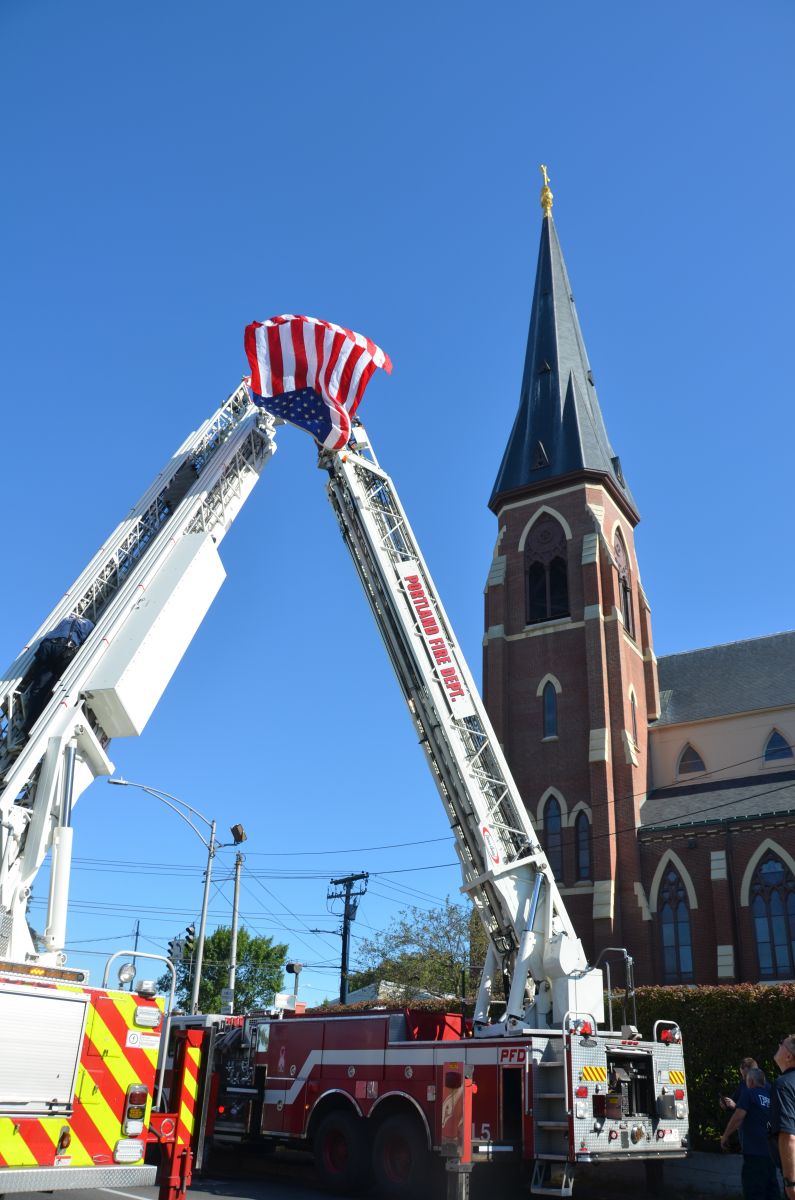 PORTLAND---A day of gratitude, honoring the fallen, and praying for the safety of heroes among us began with the sound of marching heels walking down the main aisle of the Cathedral of the Immaculate Conception.

Visible out the side door of the cathedral, fire trucks from the Portland and South Portland Fire Departments displayed a massive American flag high in the air over Franklin Street as a multi-jurisdictional honor guard comprised of members of four different public safety departments solemnly posted the colors in front of the sanctuary. An assembly of hundreds stood in silence, with every pew full of either first responders or those wishing to thank them.

Moments later, Christopher Pelonzi, director of music for the cathedral, and the cathedral’s liturgical choir began a stirring version of “Ye Watchers and Ye Holy Ones” as Bishop Robert P. Deeley, priests, and deacons processed in, starting the 2019 Blue Mass (many additional pictures below), a venerable tradition in the Diocese of Portland that never loses its luster or slips in reverence. 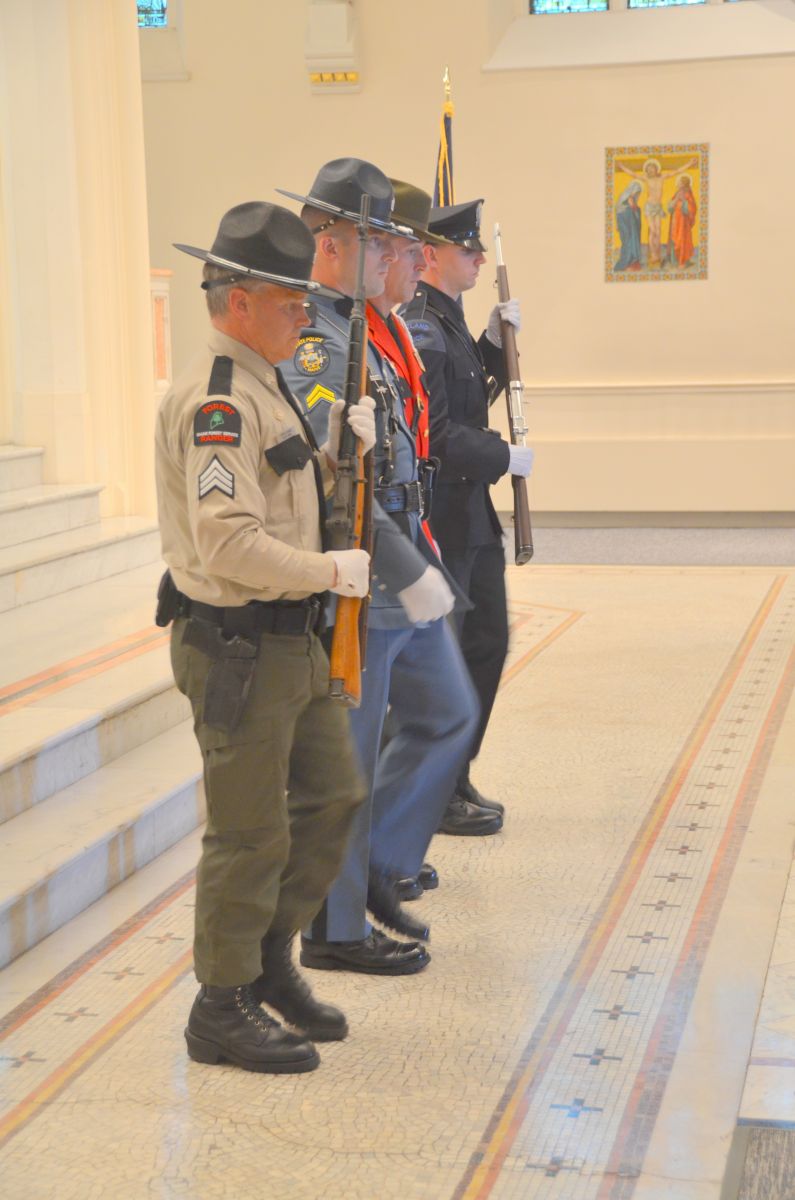 “The Blue Mass was established to honor first responders and all those law enforcement officers, firefighters, and emergency personnel of our own community who offer us heroic service day in and day out,” Bishop Deeley told those who gathered. “We are well-served by those who protect us and serve us. In this Blue Mass, our purpose is not only to thank them for their service to society, but also to thank God for that service, and to ask God’s blessing on each of them. May He protect you as you serve us.”

Elected representatives, including Senator Susan Collins and Governor Janet Mills, were in attendance at the Mass which featured participation from many individuals connected to the public safety community.

Deacon Jeffrey Lewis, who is currently the chaplain for the Gardiner Fire Department, was an EMS provider for over 38 years, and has served as a firefighter. New Portland Police Chief Frank Clark and Portland Fire Chief Keith Gautreau served as the readers at the Mass, while the gift bearers were representatives from multiple public safety departments. 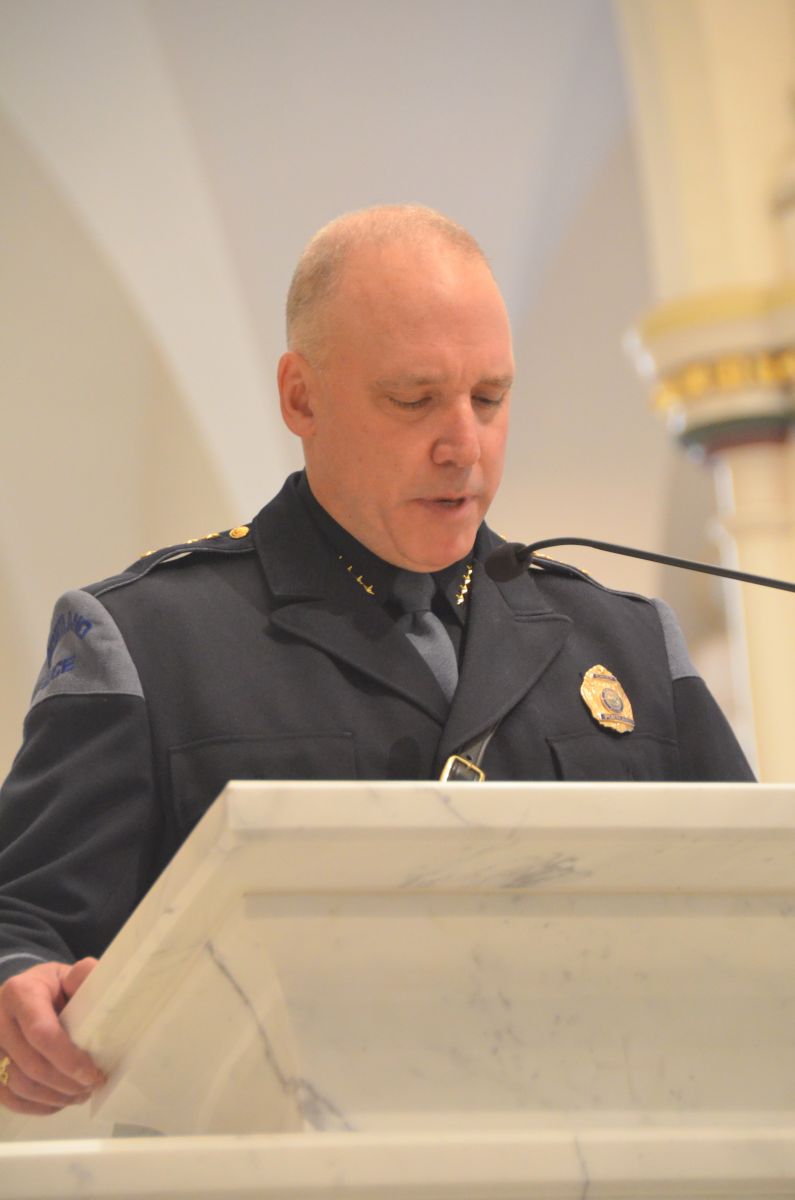 Honor guards comprised of officers from different cities and towns lined the sidewalk in front of the cathedral as parishioners arrived for Mass and residents stopped to take in the scene.

During his homily, the bishop told the assembly that the events of September 11, 2001, were the impetus for creating the Blue Mass in Maine. The tradition was inspired not by the hopelessness of that day, but by the hope first responders offered our nation by answering horror with heroism.

“We began to see that there was something good in the midst of all that loss and tragedy. That was the way in which the first responders acted. They were the ones heading into falling buildings to save people even as those in the buildings were trying to escape,” said Bishop Deeley. “As tragic as September 11 was, as destructive as it was, it was also a moment of hope, it was a moment in which we saw much good amidst the evil. That was evident in the first responders.” 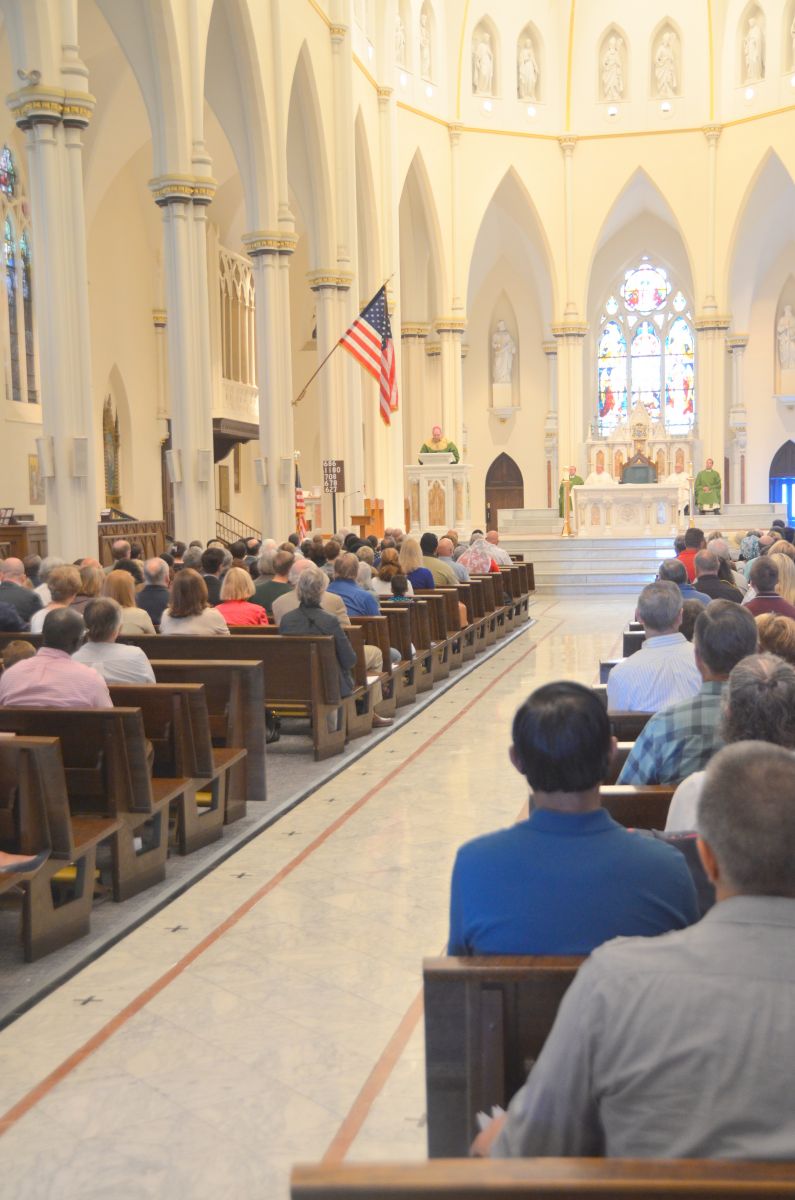 The selfless and benevolent actions of first responders should be held as examples of how to live and answer God’s call, added the bishop.

“Nurture hope, seek to do the merciful act, try to appreciate the gift the other person is to you, focus not on the negative, but on the human dignity of each person. We must work to seek a dialogue which cultivates a true respect for every human being.  We need to seek ways large and small to be a sign of hope in the everyday routine of life,” said the bishop.

At one point, sirens could be heard as emergency vehicles raced by the cathedral. A  tangible reminder of the courage and dedication being honored.

After the Mass, a reception was held on the lawn of the cathedral, offering the community and dignitaries with an opportunity to thank their heroes in person on a beautiful Sunday afternoon in Portland.

“God bless you all,” said the bishop. “We pray that God will watch over and care for all who serve to ensure public safety.”