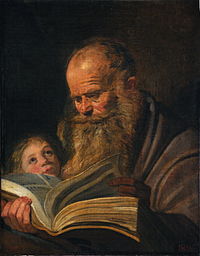 The Diocese of Portland conducts its business as the Roman Catholic Bishop of Portland, a corporation sole. The diocese, along with its parishes and parish schools, are one legal entity under civil law in the state of Maine. However, the diocese is also governed according to the Canon Law of the Roman Catholic Church. The responsibilities of the finance office are much the same as they are in other corporations as far as civil law matters are concerned but somewhat broader as defined within the Church.

The finance office administers the temporal (worldly) goods of the diocese under the authority of the diocesan bishop and in accordance with a budget determined by a diocesan finance council, comprised of mostly lay people with expertise in professional finances, accounting, insurance, property management and investments. Enough income is to be provided to meet the expenses that have been legitimately authorized by the bishop. An account of all receipts and expenditures must be rendered to the finance council each year. In the spirit of accountability, stewardship, and transparency to donors, the finance office publishes an annual financial report, which can be found on this page.

Under Canon Law, the diocese and parishes are not one legal entity. Each parish as well as certain other institutions are a separate legal entity or separate juridic person under canon law. Each juridic person has certain responsibilities and certain rights under the law. Nevertheless, the finance office must exercise careful vigilance over the administration of all temporal goods which belong to public juridic persons subject to the bishop.

The finance office oversees the financial affairs (including fundraising activities) and property management of the diocese. In so doing, the office conducts audits, centrally administers insurance and benefit programs, oversees investment activities and approves capital improvements.

To call a staff member outside of regular office hours, please dial 773-6471 and the extension provided below.