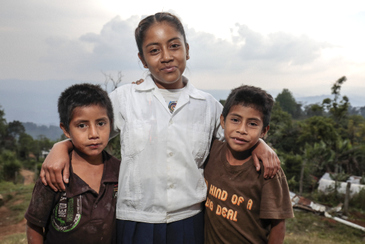 What is CRS Rice Bowl?

CRS Rice Bowl is Catholic Relief Services’ Lenten program for families and faith communities in the United States who want to put their faith into action. Through CRS Rice Bowl, participants are invited to hear stories about their brothers and sisters in need around the world, and devote their Lenten prayers, fasting and alms to change the lives of those who suffer in poverty.

Participants journey through the 40 days of Lent with a collection of daily reflections and activities included in the CRS Rice Bowl calendar and on the mobile app.

How did it all begin?

More than 40 years ago, Catholics in the United States wanted to respond to famine in Africa. Could people who were hungry and starving be helped through Lenten prayers, fasting and almsgiving? The answer was yes — and the help came in the form of a small cardboard box, marking the beginning of “Operation Rice Bowl” in 1975 in parishes in Allentown, Pennsylvania. Today, CRS Rice Bowl is a tradition for millions of Catholics in the U.S., who employ the Lenten pillars of praying, fasting and almsgiving to change the lives of others while enriching their own. CRS Rice Bowl is available in paper, web and through a mobile app in both English and Spanish. 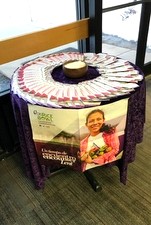 How many parishes in Maine participate in CRS Rice Bowl?

In 2018, more than 50 Catholic parishes, schools, and groups in Maine participated in CRS Rice Bowl, contributing a total of $62,312.57. It marked the sixth straight year that total contributions have risen in the diocese. Four parishes raised more than $4,000 in 2018: All Saints Parish in Brunswick, Good Shepherd Parish in Saco, Holy Spirit Parish in Wells, and St. Paul the Apostle Parish in Bangor.  Since 2011, the Diocese of Portland has collected more than $36,000 for CRS Rice Bowl.  Thank you!

Across the country, nearly 14,000 Catholic parishes and schools participated in CRS Rice Bowl in 2018.

Where does the money go?

Each year, CRS Rice Bowl funds are directed to between 40 and 45 countries where CRS operates humanitarian response and development programs. Lenten alms go to alleviate hunger and poverty in communities overseas and in the U.S. Seventy-five percent of gifts support CRS’ humanitarian programs around the world, including agriculture projects, water and sanitation initiatives, microfinance projects, mother and child health and nutrition services, and education resources and training.  Twenty-five percent of the money raised in Maine will remain in the Diocese of Portland and be allocated to programs that alleviate hunger or poverty, such as food banks, food pantries, and homeless shelters.

What is a CRS Rice Bowl?

A cardboard or homemade CRS Rice Bowl is a tool for collecting your Lenten alms.  Rice Bowls will be available, often in your church narthex, as we near the beginning of Lent.  At some chuches, they will be blessed during Mass. If your church or school is not participating and you would like to, contact the Office of Missions at 207-773-6471.